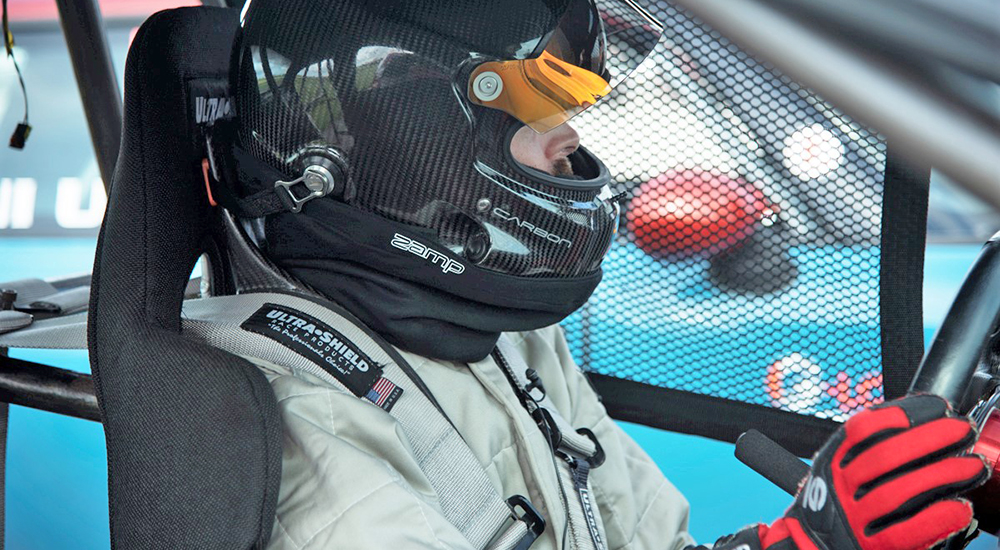 On Dec. 29, 2006, Army Specialist Dillon Cannon was patrolling Baqubah, Iraq, with the 571st Military Police Company when his unit discovered a potential improvised explosive device (IED) at a check point.

A week earlier, Cannon survived an IED that exploded under his vehicle at the same checkpoint. As the soldiers investigated the IED threat, the then 20-year-old manned a machine gun on top of the humvee. His life changed forever when a sniper’s bullet ripped through his neck.

“The bullet actually missed my artery,” said Cannon. “But it hit my vertebrae and shattered both of those. Bone fragments hit my spine and caused my spine to swell.” 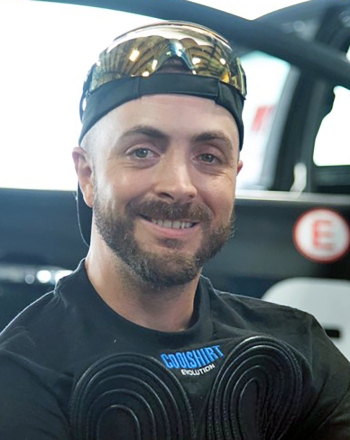 Cannon’s team rushed him to a nearby Army emergency trauma unit and was then transported to Balad Air Base in Baghdad for more advanced treatment. After arriving in Landstuhl, Germany, he underwent a 10-hour surgery and doctors removed the vertebrae and inserted a titanium rod in his back.

Paralyzed from the waist down

When Cannon arrived at Walter Reed Army Hospital in Washington D.C., the Sugar Land, Texas, native received the news he was paralyzed from the waist down. But he would retain the use of his arms and upper body.

His Army career over, Cannon returned to Texas and underwent months of treatment at the Michael E. DeBakey VA and in private facilities.

For 10 years, Cannon didn’t work. “I went from being able-bodied and working prior to the injury to being in a wheelchair,” he said. “I thought I didn’t have the skills or I wasn’t going to fit in.”

As time passed by, he found that his lifestyle needed to change.

“I was kind of living off VA,” said Cannon, now 36. “I was trying to find stuff to do and I was constantly spending money to keep myself active. If I couldn’t find anything to do, oh well, this new gadget came out. It’s going to bring me happiness for a little bit. But it’s not going to. It wasn’t very healthy. I finally wanted a sense of purpose again.”

Cannon reached out to Houston VA and was connected with Shaun Smith, Spinal Cord Injury (SCI) vocational counselor. “After referral, I meet with Veterans and do a vocational assessment profile,” said Smith, an Army Veteran. “The goal is to try and identify each Veteran’s goals and strengths.”

VA vocational counselors meet with Veterans in their homes and help them develop a plan to find employment. But the goal is not to simply find a job, but something that will allow the Veteran to thrive.

“As we were chatting, Dillon showed me a video of race cars and he just lit up,” said Smith. “He said ‘this is what I want to do.’” Smith met with Motor Speedway Resort (MSR) Houston to ask about potential opportunities for Cannon.

“I said I have a Veteran who knows about vehicles and I think he’d be a great addition to your team,” said Smith. “The owner, James Rogerson, said they had actually been looking for someone to work in the shop to order parts and talk to customers.” Cannon interviewed a few days later and after a couple minutes, he was offered a job.

Thrived at job and gained friends

Jim Berg, the shop manager at MSR Houston, said Cannon has come a long way since his early days on the job. “It took him about a month to settle down and stop being so nervous because there was a huge level of confidence that was not there,” said Berg. “He was worried that he was going to make a mistake.

Today, Cannon is not only thriving at work, he has also gained a network of close friends in the shop.

“I’m actually around people that care about me and care about what I’m doing,” he said. “I work in the shop with three other guys. Every night, we play racing games on Xbox and joke around back and forth. We’ve been to four or five concerts together. It’s good.”

Smith said socialization and community integration is critical for a paralyzed Veteran.

“Work is a big deal,” said Smith. “It provides that socialization aspect. When you’re doing things outside of work with coworkers, it’s a true testament that it’s not just a job.”

When Cannon was asked if he wanted to start racing, Cannon said he was skeptical at first. The speedway didn’t have modified cars for paralyzed individuals with hand controls.

“James got with a couple of investors and bought a fleet of cars,” said Cannon. “He’s a Vietnam Veteran and has a soft spot for Veterans.”

With the help of Cannon, MSR Houston started a charity to put disabled Veterans in race cars and also started a quarterly racing school.

“Since we started the charity, we’ve had seven or eight Veterans participate,” said Cannon. “We’ve had double amputees. It’s still a challenge, but they have fun in the car.”

Racing is a thrill for Cannon, but helping his fellow Veterans brings more satisfaction. “Racing is a blast. It really is awesome. But I love to get other Veterans down to the track. It actually brings me more pleasure putting them in the race car than me driving the race car.”

Getting connected with Houston VA was the kick start to begin his dream career.

“I was glad Shaun worked with me and found something that I wanted to do,” said Cannon. “Honestly, I want to say getting a job again saved my life. It gave me a sense of purpose.”