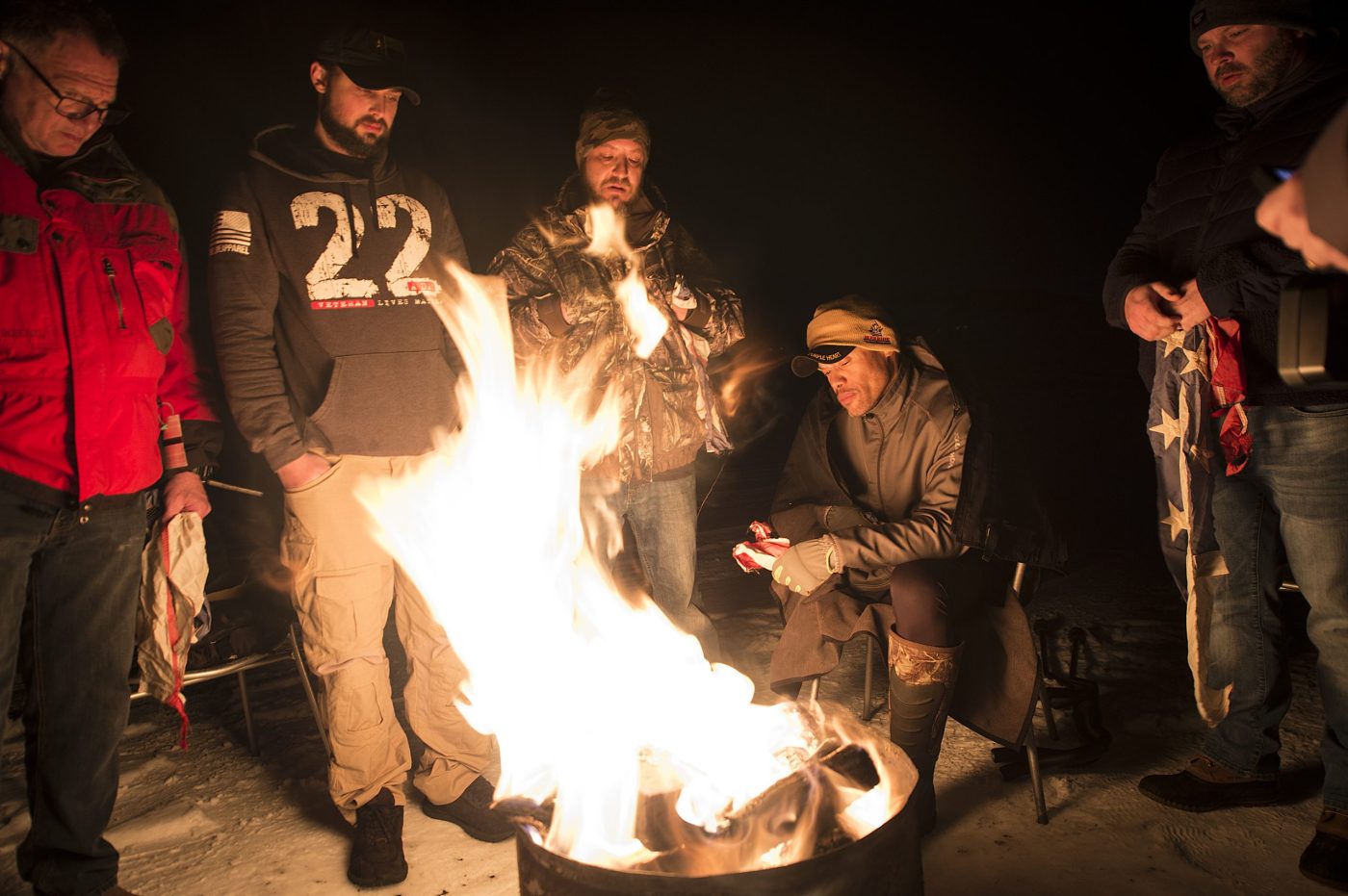 While serving in the Army and Mississippi National Guard from 1981 to 1994, Dan Fordice never took part in combat. But he has always maintained a passion for helping other Veterans who suffered physically, mentally and emotionally from their combat experiences.

A little more than a decade ago, Fordice met fellow Army Veteran Gregory Williams, who experienced a traumatic brain injury when a rocket-propelled grenade struck and exploded an ammunition box very close to him in Afghanistan in 2006. Williams, who was medically retired in 2011, earned the Purple Heart for wounds received in combat. He has been diagnosed with PTSD.

With the two in a conversation, Williams made a remark that is etched in Fordice’s memory: “He said, `I could spend eight hours with a Ph.D.-certified counselor,’” Fordice recalled. “`But what I really need is one hour around a bonfire with five or six of my buddies that were there.’”

Fordice would come to understand what Williams meant. He took six post-9/11 Veterans with physical and mental disabilities deer hunting near his brother’s lake house in Mississippi and expected them to sit around a campfire, talk and have a good time.

“The six guys around the table didn’t know each other, and five minutes later it was like they were back in the same unit again,” Fordice told VA’s Veterans Experience Office. “They were best friends, and they were working on each other. One guy said, `I’m having these problems at VA. I can’t get this done. I can’t get that done.’ The guy on the other side said, `You’re going to the wrong person. You need to see this person.’ They’re exchanging cell phone numbers. My brother and I looked at each other and went, `Uh oh. There’s way more to this than deer hunting.’

“The guys were telling me this is the most therapeutic thing I’ve ever done in my life. This must continue. And it just blew me away. I’m going, `What are you all talking about? I don’t understand.’ But it turned out that all I need to do is convince them to come out of the house and get together. They’re the ones doing the work with each other. And again, I see it over and over and over again, and I cannot discern who’s getting the most out of the help: the one that’s doing the help or the one that’s receiving the help. It’s all about helping your buddy. Civilians can’t understand that these guys would genuinely rather die than have their buddy die. That’s why people jump on hand grenades. That’s a powerful thing for civilians to understand.”

Veterans confide in one another

Fordice realized that Veterans confide in each other and connect emotionally in ways they don’t with other people, including their families. He thus launched the Warrior Bonfire Program, which has grown to organize activity-based stress-free events that promote camaraderie and therapeutic heeling for enemy combat-wounded post-9/11 Veterans—Purple Heart recipients. About a third of the Veteran participants are amputees, and a large percentage have suffered TBIs. Many are also battling mental conditions, namely PTSD, depression and suicidal thoughts.

To help the Veterans in their pursuit to recovery and healing, the Warrior Bonfire Program organizes more than 20 small group retreats per year featuring such activities as sailing, hiking, horseback riding, golfing, fishing and kayaking. Over the past decade, 274 Purple Heart Veterans have actively participated, with 91 spouses and children. Veteran participants have ranged in age from the 30s to the 70s. (Although the program focuses on post-9/11 Veterans, it tries to include Vietnam Purple Hearts but keeps them local to the area where the retreat is taking place.)

All the while, these Veterans build friendships with others who have served and are struggling with similar physical and mental disabilities. Their ability to connect triggers a special feeling.

“Because they were wounded on the battlefield, each of them at one point around the time of that trauma felt a bit vulnerable and frightened,” said Helen Phillips, vice president of the Warrior Bonfire Program. “They understand the struggle just to come back from those feelings alone, and that the daily grind to push through and take care of some of the simplest tasks can sometimes feel insurmountable.

“They understand that getting out of the house and doing something new can be a great accomplishment. Most importantly, they learn from each other that helping one another brings about greater healing. They lean on each other for resources, links to specific needs and knowing they can reach out to each other whenever they’re in need. In our 10 years of existence, we’ve witnessed incredible connections, new friendships and growth in a network of people that only want what is good for everyone around them.”

Members can be trained as leaders

The program is not a one-and-done. Given that healing takes time and progresses at various rates, the Warrior Bonfire Program allows members to return. But the program limits the frequency of their participation to give new members first priority. It also maintains a group of volunteers who check in with each member in the organization’s database, which is close to 400. “Surprisingly, our members have really enjoyed this connection,” Phillips said.

The trips are free for Veterans, with lodging, meals, travel and activity fees included.

Plus, the Warrior Bonfire Program organizes an initiative called Bonfire Leaders. That program consists of Purple Heart Veterans who have gone through the program and decided they want to give back in various ways. They are trained to be leaders for retreats, speakers and mentors, and to serve as peer support for Veterans during stressful times.

Communications staff on detail with the Veterans Experience Office