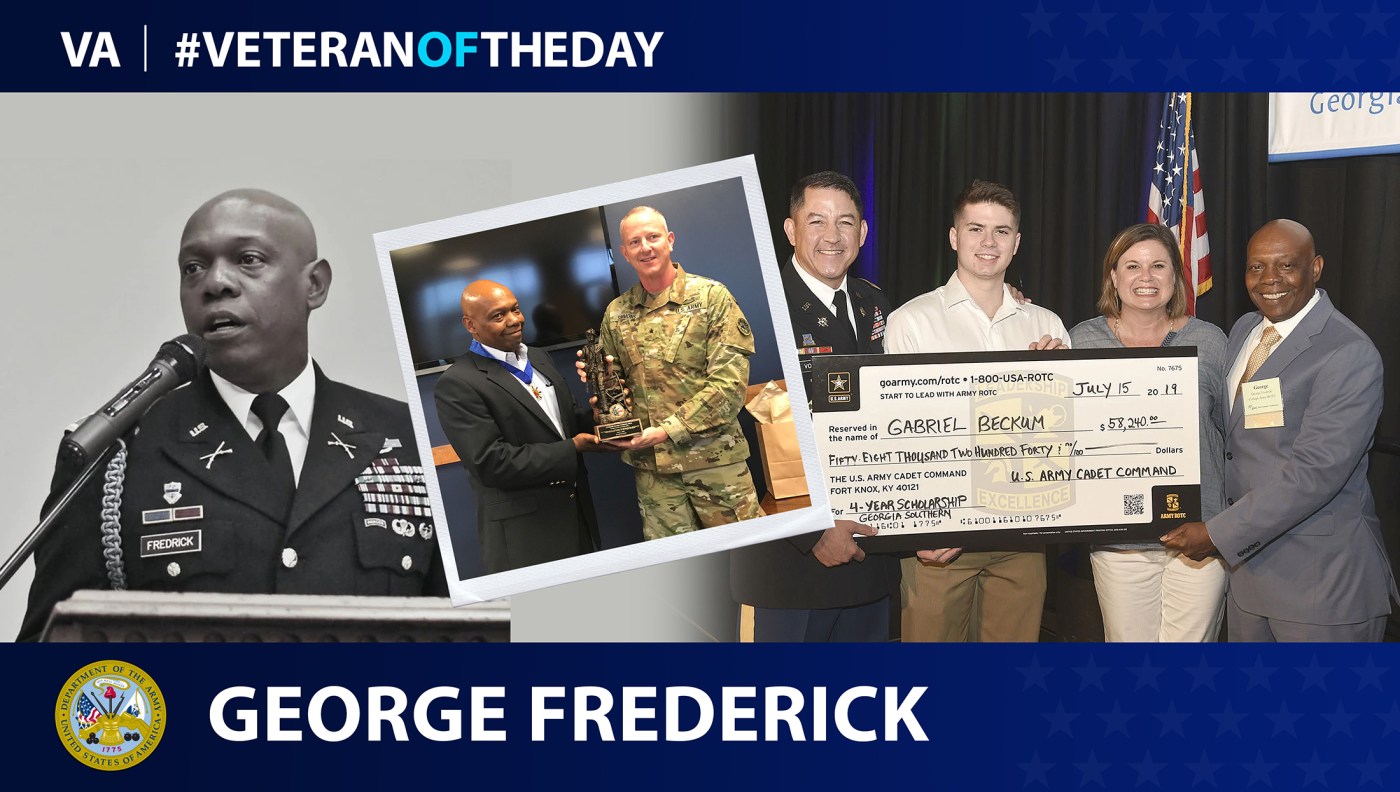 George L. Fredrick is a native of Fairfax, South Carolina and is known in his local community as “Colonel Fred.” He enlisted in the Army and completed his associate’s degree simultaneously by attending school at night and on the weekends. Following a short gap period in his service, he returned to college and then reentered the Army by joining the Reserve Officers’ Training Corps (ROTC).

Fredrick was a Distinguished Military Graduate (DMG) from Texas State University with a bachelor’s in political science and government, and was commissioned in 1987. His military education includes completion of the Infantry Officers’ Basic and Advanced Courses, the Army Command and General Staff College, School of Advanced Military Studies (SAMS), Joint and Combined Warfighting School (JPME), Ranger School, Airborne School and Air Assault School.

Later, Fredrick earned a master’s in military operational art and science from Ft. Leavenworth School of Advanced Military Studies (SAMS), a master’s in personnel management from Central Michigan University, a specialist in education administration from Columbus State University and a doctorate in educational leadership from Georgia Southern University.

In June 2007, Fredrick became a professor of military science for Georgia Southern University’s ROTC program, the Eagle Battalion. During his time there, the program received one of eight prestigious MacArthur Awards, which are given to the top ROTC programs in the nation. The program was recognized in in 2009 and 2010, and again in 2015 and 2016.

Fredrick was promoted to the rank of colonel on April 1, 2011. Brig. Gen. Leslie Smith, a fellow DMG from Fredrick’s alma mater, presided over his promotion ceremony, and affirmed that “Since taking over command of the ROTC program, Col. Fredrick has made incredible strides and has built it from 60 to nearly 300 cadets and [the program’s] now recognized among the nation’s best.”

Fredrick continued his career at Georgia Southern University as its director of military affairs from 2012 to 2013. He assisted 39 ROTC programs as a recruiting operations officer for the 6th ROTC Brigade from September 2013 to April 2017. Fredrick then returned to Georgia Southern University, working first as a scholarship and enrollment officer for its ROTC program, and then becoming its director of military and Veteran services in February 2020, where he continues to serve today.