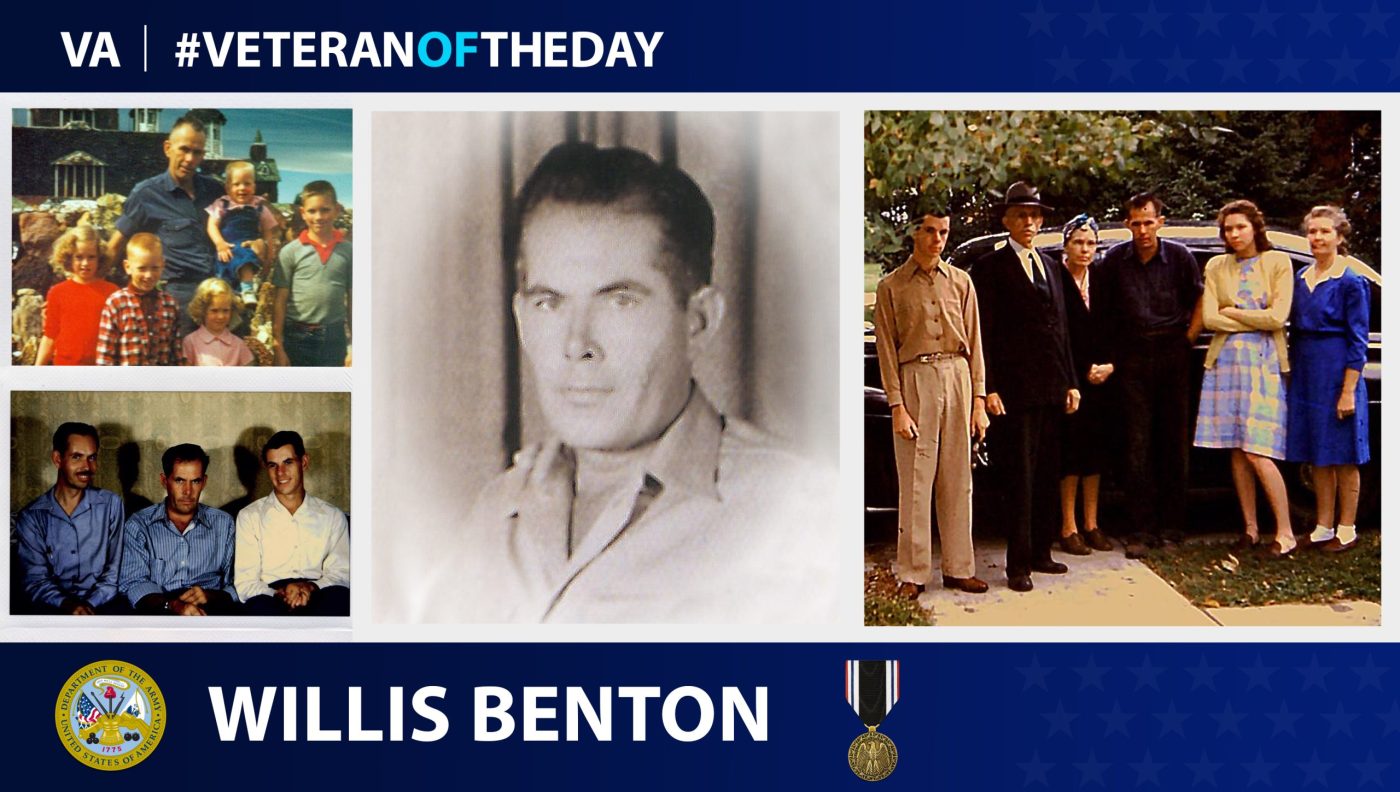 Willis Lee Benton was born in December 1910. He was the second eldest of five siblings and the son of an evangelist.

Benton enlisted in the Army and was stationed at Nichols Field, south of Manila, Philippines, in September 1941. On Dec. 8, 1941, Benton learned of the attack on Pearl Harbor through the radio. Nichols Field was attacked by Japanese bombers the following day. The barracks were destroyed, and soldiers took cover in foxholes. They survived on leftover rations and rice left behind by fleeing civilians. In April they surrendered and became prisoners of war. Benton contracted malaria a few days before the surrender. He then took part in the Bataan Death March, the forcible transfer of American and Filipino POWs that resulted in the deaths of at least 10,000 prisoners. It took Benton 13 days to reach his destination.

As a prisoner, Benton was put on burying detail, where he dug trenches, burying eight men in each trench. After the first day, he could not bring himself to eat and resolved to volunteer for a work unit. He was sent to Clark Field, where the main labor was cutting grass so aircraft could land. After being asked about his employment before the war, Benton was made the camp carpenter.

Much of his time there was spent acquiring food. He was permitted to have a garden and grew radishes, tomatoes, peppers and onions. Benton acquired a chicken from a local person and collected eggs. He built a secret stove, using a 100-watt bulb stolen from the kitchen, to cook beans. He weighed 170 lbs. when he enlisted and just 134 lbs. during his time as a prisoner. He also entered a playing card-making business with two other prisoners. From pages ripped out of books in the library, they crafted cards that were painted and plastered together. Benton built a false bottom to a canteen that concealed the cards to enable him to make trades with Japanese guards.

Benton was then transported to Japan by boat, which took 17 days. In Japan, he was sent to a copper mine 200 miles north of Tokyo. His job was to carry motors needing repair down the mountain. When the war ended, Benton’s camp was the last to be released on Sept. 12, as they were the farthest away from Tokyo. On his return trip, he spent several weeks in the Philippines and missed his first boat because he took an aircraft ride to Baggio to see a type of rare bird.

Upon returning to the States, Benton was on temporary duty for 90 days until his discharge. He attained the rank of corporal.

Benton married twice and had two children. He worked in construction until his death on Sept. 4, 1963, from a motor vehicle accident.