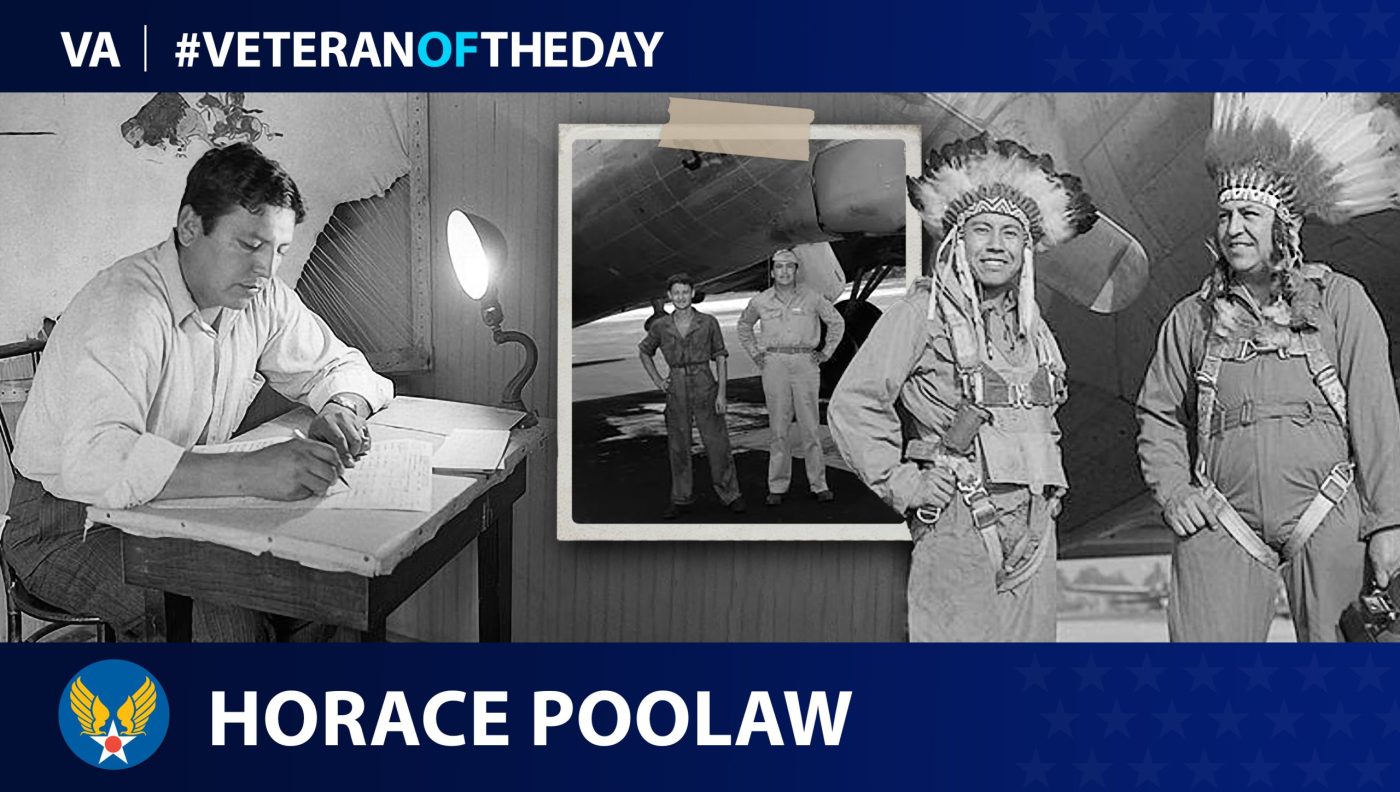 Growing up in Mountain View, Oklahoma, Horace Poolaw was fascinated with photography from a young age. He left school after sixth grade and then apprenticed with a photographer named George Long while still a teenager. With Long, Poolaw learned outdoor photography and darkroom techniques. When Long sold his studio to John Coyle, Poolaw studied portrait photography with him.

As a photographer, Poolaw took many photos of his tribe, the Kiowa, doing daily activities like holding parades, fishing or attending weddings. When a group of Natives from the Anadarko area started the American Indian Exposition in 1930, he became its official photographer. He documented Indigenous pride and the cultural transitions the Kiowa were experiencing. According to a page on the 400 Years Project site, his work strongly rejected the idea that the only two choices available for Native Americans were to be traditional or assimilate.

Poolaw enlisted in the Army Air Forces in 1943. According to a 2014 article from the Magazine of the Smithsonian’s National Museum of the American Indian, his children recalled that he trained as an aircraft mechanic and went to California. He was later sent to Colorado to learn the art of aerial photography. Poolaw was then stationed for most of the war at MacDill Air Force Base in Tampa, Florida, where he taught bomber crews how to use cameras to document their bombing missions. During his time in the Army Air Forces, he also made friends with a fellow Kiowan, Gus Palmer Sr., who later appeared in several of Poolaw’s self-portraits in Native dress.

Following his honorable discharge in 1945, Poolaw returned to Mountain View and attempted cattle ranching, since his photography work was not enough to provide a steady income. He later took a job at nearby Fort Sill as an aircraft mechanic until a car accident in 1957 prevented him from carrying on with the job. He continued to capture images of Kiowa tribesmen, particularly Veterans like himself. His son Robert “Corky” Poolaw later served in the Marine Corps.

Though his work did not become well known in his lifetime, Poolaw’s photography has since gained an active following. His exhibit “War Bonnets, Tin Lizzies and Patent Leather Pumps: Kiowa Culture in Transition 1925-1955” toured the U.S. in the 1990s, and in 1992, his work was featured in an exhibition at the National Museum of History in Washington, D.C. His collection was also featured at the National Museum of the American Indian. His grandson, Thomas, who is also an artist, credits his grandfather’s work as an endless source of inspiration.

“The more I work with his photographs and think about them,” reflected Poolaw’s daughter Linda, “I wonder if photographing [Veterans] wasn’t enough—he had to be in there. He wasn’t like some of these guys, like those who lose a leg, who are warriors. But these people affected his photography.”