15 Veterans from across the nation take fourth place 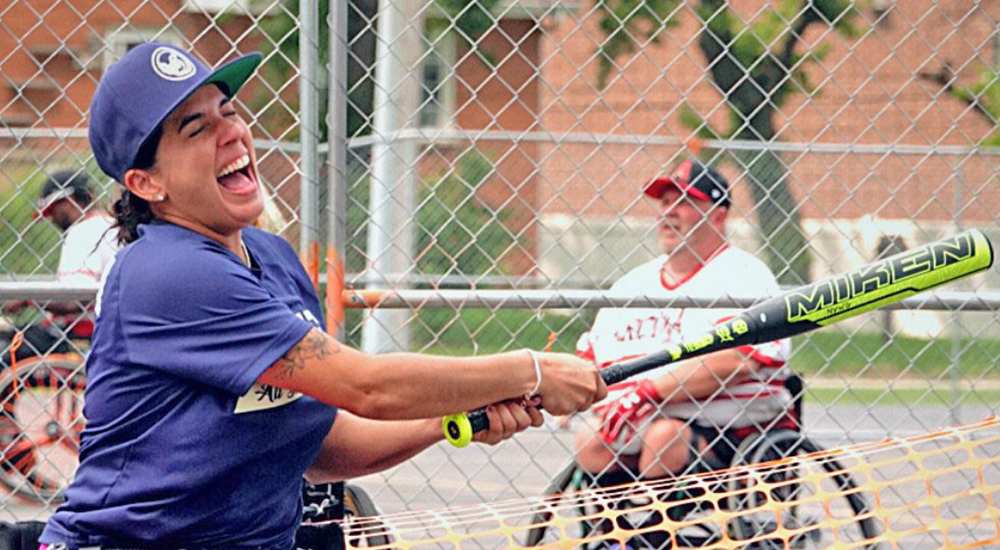 The 2022 National Veterans Wheelchair Games All-Star Softball Team, made up of 15 Veterans from across the nation, took fourth place in Division 3 at the USA Wheelchair Softball World Series, August 4-6 in Chicago, Illinois.

The Veteran athletes were nominated for the all-star team by their peers and coaches during the 2022 National Veterans Wheelchair Games in Tempe, Arizona. Selections were based on their athletic ability, sportsmanship and leadership.

“We all have life events that mark us for life, and for me, the USA Wheelchair Softball World Series is one of those events,” said Kayla Agosto, an Army Veteran with the San Juan VA Medical Center, pictured at right. “I could spend hours trying to explain to you and I would lack words to do it. In general, the experience of being there is a memory that I will carry for the rest of my life.” 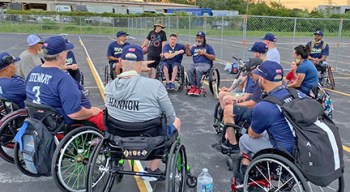 “We created a very strong bond in only a few days.”

Agosto attended the Wheelchair Games for the first time in 2022 and was selected to play right field for the all-star softball team. Even though she played softball when she was younger, the world series was only her second time playing in a wheelchair.

“Programs like the Wheelchair Games and wheelchair softball helps you put your life in perspective,” said Agosto. “They are therapies for both your body and your mind, and I’m sure everyone needs them. It is therapy that you enjoy, and that takes you out of your comfort zone. More importantly, these events are for everyone.”

This is the first year that a National Veterans Wheelchair Games All-Star Softball Team has competed at the USA Wheelchair Softball World Series. Staff and athletes agreed it was an outstanding opportunity for the Veterans.

Feeling of family made the team strong

“Our strengths outweighed the challenges,” said Agosto. “What made the team so strong was the feeling of fellowship or family. Everyone knew that it didn’t matter if they made a mistake. We were going to be there to support them. We took great care of each other. We created a very strong bond in only a few days. Now, they are part of my family.”

Due to timing, the team did not have a chance to practice together prior to the world series. So, playing against teams that practice and play together year-round was a challenge. However, Dave Tostenrude, director of the National Veterans Wheelchair Games, said the team captains did a fantastic job of pulling the Veterans together and practicing in between games.

Motivating to watch some of these Veterans

“I saw some talented players who can hit the ball. Throw the ball. I saw quads that can move faster than me, and I thought, oh my gosh, we are in the big-time now,’” said Navy Veteran Juan “Johnny” Sandoval. He was chosen by his teammates to serve as one of the team captains. “It was so motivating to watch some of these guys who can move their lower limbs, specifically lifting them up for power in their swings and throws.”

The team played seven playoff games during the world series and some of them were back-to-back.

“We had one practice, then a game. At that first game, we lost by five runs,” explained Sandoval, from San Diego VA. “But once we started talking to each other out there and backing each other up on every play, the team really came together. Things started running smoothly.”

“Our team gave it everything they had. But the whole staff was amazing,” said Sandoval. “From the coaches and medical teams to the guys transporting us on buses.  They all really made this event come together. We could not have performed without them.”