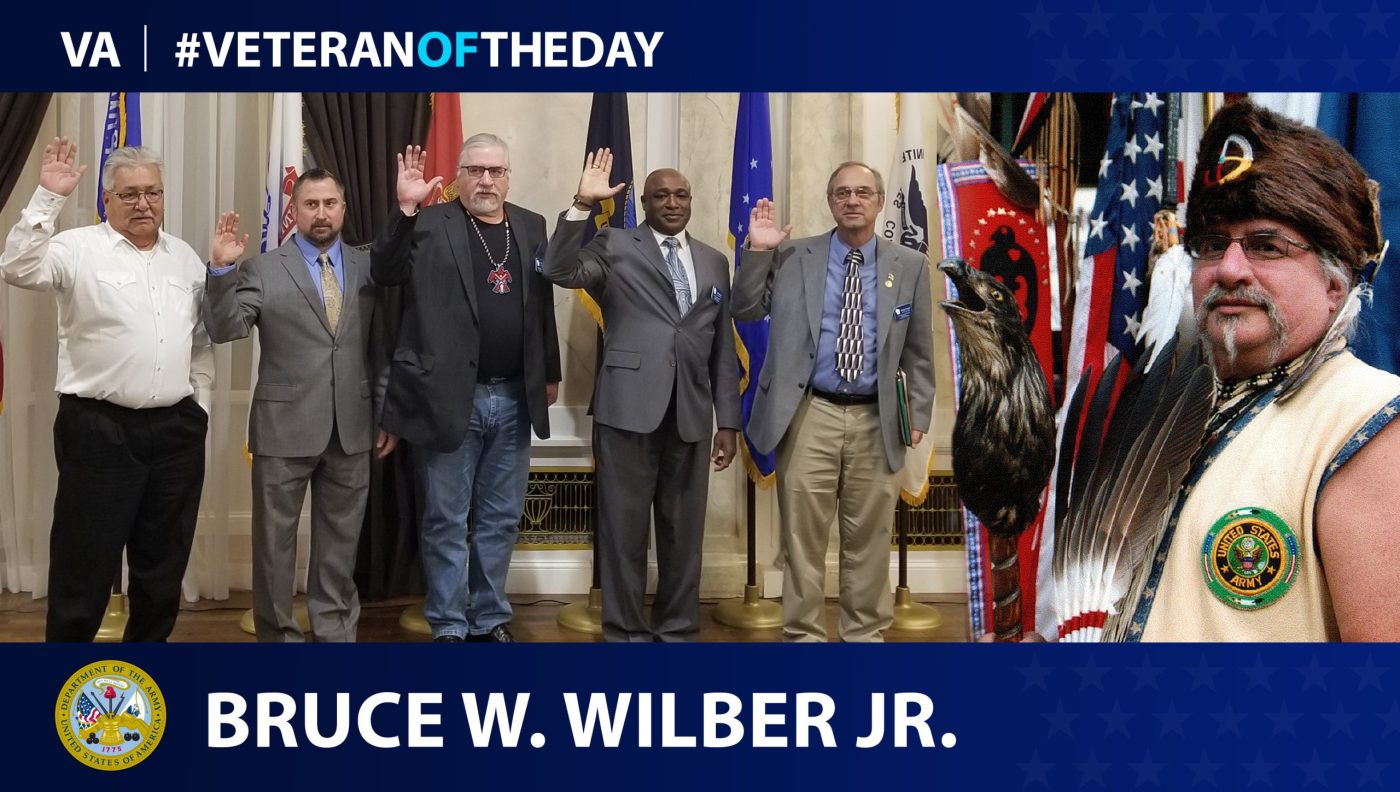 Bruce A. Wilber Jr. was born in June 1957 on the Menominee Indian Reservation in Keshana, Wisconsin, as the oldest of seven children. Wilber’s father, an Army Veteran who served in the Korean War, encouraged him to join the Army after graduating from high school, which led the younger Wilber to enlist.

As a motor transport operator, Wilber was stationed in Caserma Ederle, a base in Vicenza, Italy, and Camp Darby, a base in Livorno, Italy. Prior to joining the Army, he had never left his birthplace, the reservation, which made him appreciate his time in Italy. He was discharged as a specialist four in 1979 after three years of service.

After returning home from the service, Wilber worked in the logging industry and in law enforcement, retiring from the latter following an injury. He then obtained an associate’s degree in alcohol and other drug abuse (AODA) counseling from the College of Menominee Nation and became an AODA counselor at Maehnowesekiyah Wellness Center, the treatment facility for the Menominee Nation. He aided in establishing and maintaining mental and physical wellness for Veterans and members of the Menominee tribe for 10 years.

In August 2016, Wilber became a tribal Veterans service officer (TVSO) and a county Veterans service officer (CVSO) for the Menominee Nation and Menominee County, respectively. The Menominee Nation has approximately 8,500 members, with somewhere from 400 to 450 being Veterans. Wilber continues to serve these community members today as a TVSO and a CVSO. He also joined the Wisconsin County Veterans Service Officers Association (WI CVSOA), which comprises all 11 recognized tribes and 72 counties in Wisconsin. He was voted its second vice president in the fall of 2021.

Wilber has a wife of 30 years and seven children. One of his sons served in Iraq with the Marines, but later died in an accident at Camp Lejeune, North Carolina. Wilber keeps him in his heart while he serves his community today and expressed that his son inspires him to continue to be a positive role model for others.