Home / Health / A VA doctor’s calling to help in Ukraine

A VA doctor’s calling to help in Ukraine

Motivation for going to Ukraine: “What can I do to help?” 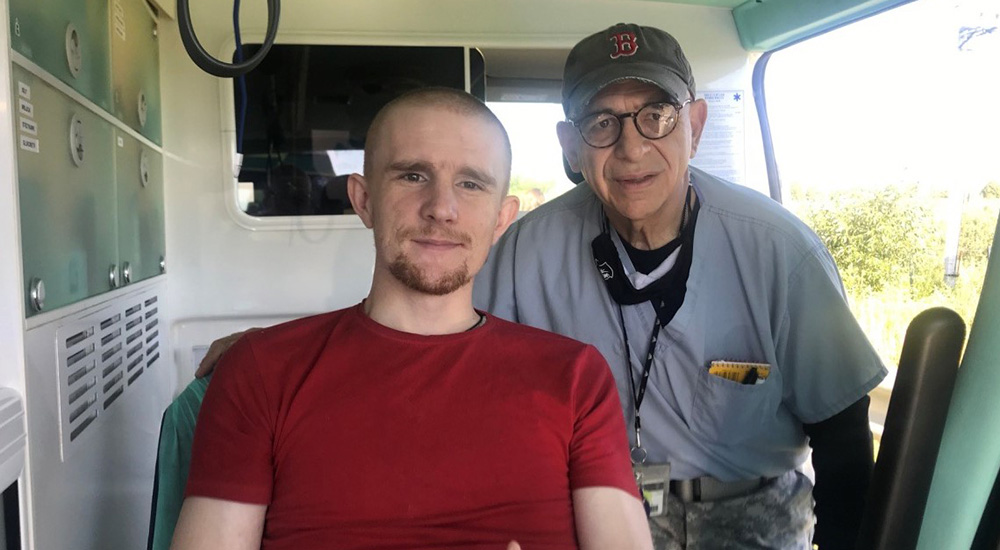 In August, Army Veteran and Providence VA doctor Michael Siclari took 10 days of personal leave to volunteer to help the people of Ukraine during their on-going war with Russia.

Siclari, 71 this December, said his motivation for going to Ukraine was simply thinking, “What can I do to help?”

“In retrospect, as I think about why I wanted to go to Ukraine, I think it’s more of a sense that I thought an injustice was happening,” he said. “It’s more of a global thought that something wrong is happening to innocent people. Do you say ‘Oh, it’s too bad but at least it’s not us?’ I thought, ‘If not me, then who?’ It was just an intrinsic sprit or sense that spoke to me and said you have an obligation as a physician to help take care of people.”

As a trauma doctor, Siclari’s wish was to help the Ukrainian soldiers in combat zones, but that proved to be impractical with the short amount of time he had to be in country to help. Instead, he was assigned to take on the medical care of refugees living in Stryiski Park in Lviv, Ukraine. His base was one medical trailer where he provided treatment for the refugees, many of whom fled from Mariupol. 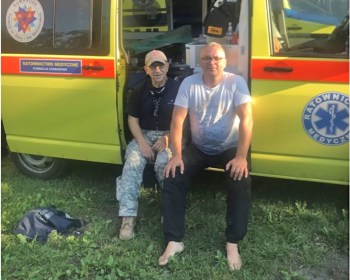 Dr. Michael Siclari with an EMT after completing a medical evacuation in Ukraine

In addition to helping the refugees, Siclari also assisted in the medical evacuations of wounded Ukrainian soldiers. As Russians were in control of the airspace over Ukraine, wounded soldiers had to be evacuated by ambulance or trains. Siclari helped with the ambulance convoys where he would stabilize wounded patients so they could then be further evacuated out of country for long term medical care.

Service has always been at the forefront of Siclari’s life. Inspired by seeing the many young men and women serving in Iraq and Afghanistan after 9/11, Siclari joined the military. As an emergency medicine doctor, he felt motivated to help.

“I was really interested in deploying,” he said. “It was soldiers my kids’ age that were the casualties and I thought I would want my kids to get good care. So, I wanted to try and contribute.”

Joined National Guard at 58 for service in Afghanistan

At 58, he needed special permission to join and, after many hurdles and many waivers, he was finally accepted into the Rhode Island National Guard medical unit.

From June 2012 to October 2012, he served in Afghanistan as part of Operation Enduring Freedom, where he was assigned to a small combat surgery hospital at Forward Operating Base Salerno.

Siclari is grateful for his time in Ukraine. He will be giving a presentation at the Rhode Island American College Emergency Physician meeting in October, where he hopes he can tell groups of health care providers that health care workers are in dire need in Ukraine and there are options for volunteering.

Providing care for Veterans major reason for working at VA

What’s next for Siclari? He said he would like to have more volunteer options. After VA, he would like to travel to do medical missionary work or humanitarian work, but for now he’s going to continue enjoying working at VA Providence.