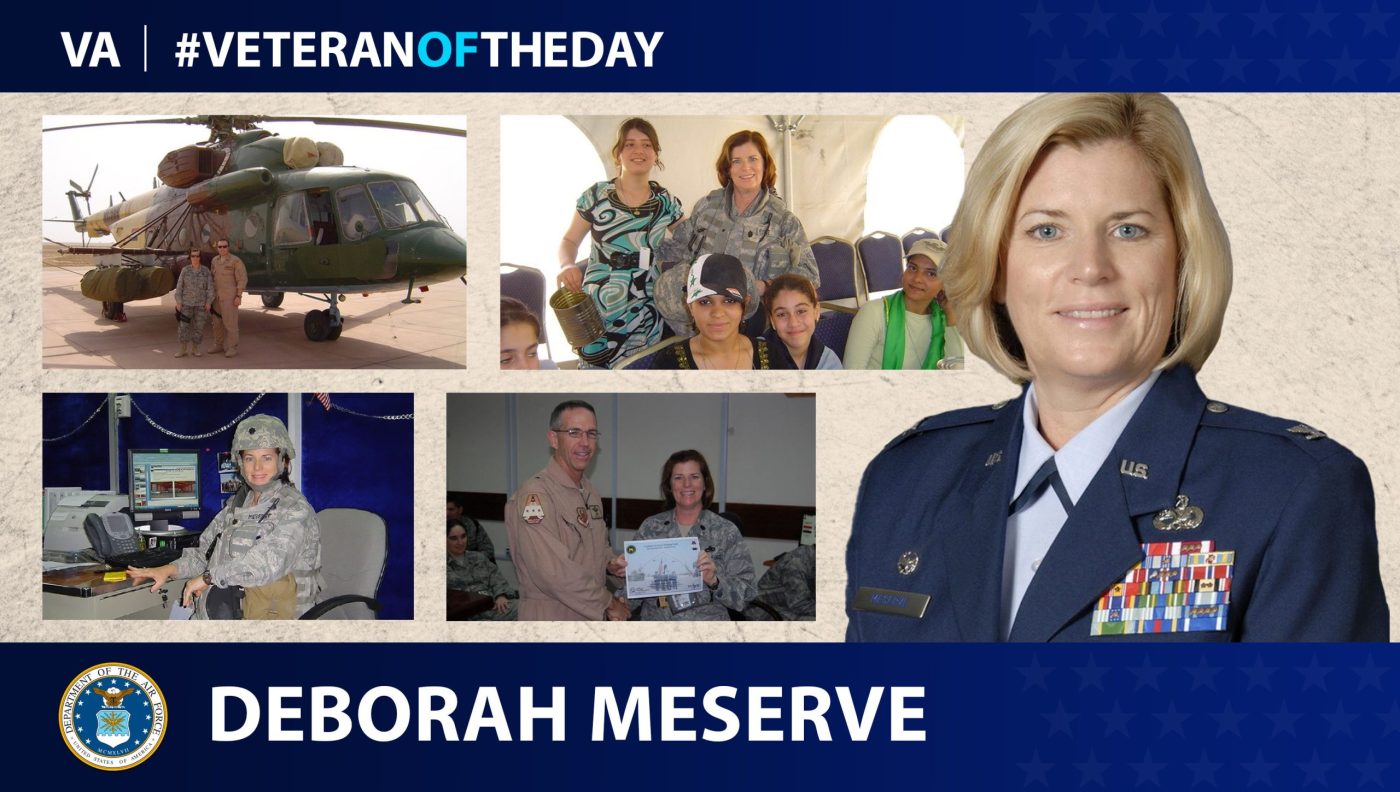 Deborah Ann Thomas Meserve was born in February 1965 and commissioned into the Air Force in 1988. The values that Meserve’s grandfather instilled in her at a young age, such as integrity, excellence and service, allowed her to successfully transition into the Air Force.

While in the Air Force, Meserve deployed to Iraq from June 2008 to June 2009, where she was an American Advisor to the Iraqi Air Force’s lead engineer. For the duration of this tour, she consulted with the Iraqi Air Force’s lead engineer, the Iraqi Minister of Defense and the Civilian Finance Minister by providing expertise in training programs, aircraft maintenance, manpower coordination and aircraft systems procurement. During her year in Iraq, she was instrumental in increasing Iraqi military flights by almost 300% while also increasing maintenance capabilities. She also ensured that there were ample fully mission-capable aircraft, which allowed the Iraqi Air Force to complete operations on the Northwestern front. For her exemplary service in her duties while in Iraq, Meserve earned a Bronze Star.

Reflecting on her tour in Iraq, Meserve recalled just how much she depended on all her previous training, experiences and interactions. Although it was a challenging tour, she said that it was the “best job she ever had.” Part of what made this such a fulfilling tour for her was the opportunities it provided for cross-cultural experiences. Whether it was with her Iraqi counterparts, the local children or the local Girl Scouts troop (that Meserve had the opportunity to take on a camping trip), she was impressed and touched by these encounters.

Meserve went on to work at the Pentagon, which she followed with a tour in Osan, South Korea, as the 51st Maintenance Group Commander before her retirement.