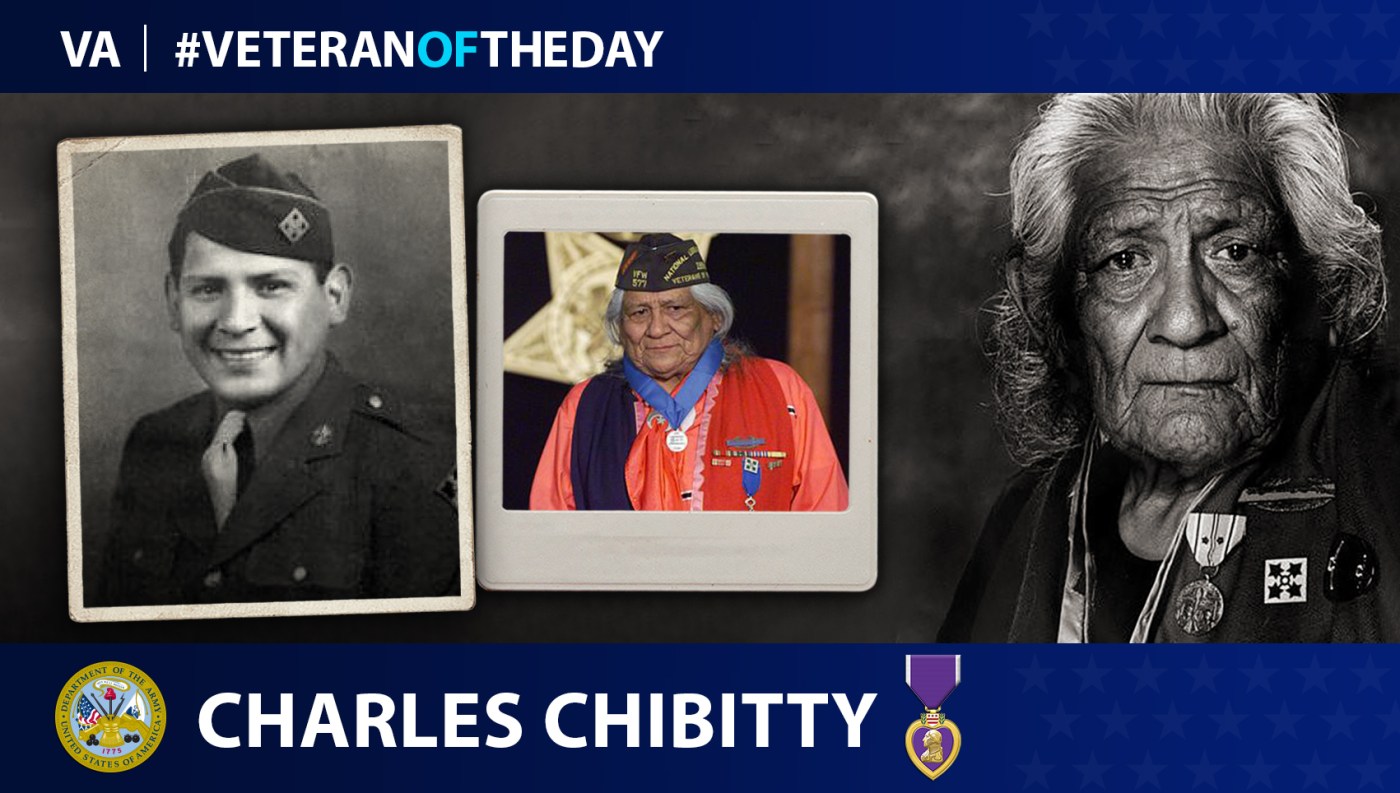 Originally from Medicine Park, Oklahoma, Charles Chibitty was a member of the Comanche tribe and descended from the Comanche Chief Three Bears. He attended an Indian boarding school, where he was forbidden to speak in his native language. But while visiting home during the winter of 1940, Chibitty learned that the Army was recruiting Comanches to serve as code talkers. He enlisted in January 1941 and was sent to Fort Benning, Georgia, with 16 other Comanche recruits to serve with the 4th Signal Corps of the 4th Infantry Division.

At Fort Benning, the Comanche Code Talkers took phone, radio, morse code and semaphore training. They also were tasked with creating a list of words to use in battlefield communications. “We compiled a 100-word vocabulary of military terms during training,” said Chibitty in a 1999 article. He also learned to spell out the words that lacked specific code equivalents by using random Comanche words. “If the location started with the letter ‘A’, then I would say ‘araka’ the Comanche word for ‘alligator,’” he explained. Once the code was set, the code talkers underwent field exercises at various bases in the U.S. before deploying to England to prepare for the D-Day invasion.

On June 6, 1944, Chibitty and 12 other Comanche Code Talkers landed on Utah Beach in Normandy, France, with the 22nd Infantry Regiment as part of the Allied invasion of Europe. During the offensive campaign, code talkers worked by directing aircraft and naval gunfire to targets, informing other Comanche code breakers at higher headquarters of the tactical situation on the ground and relaying information back to their unit commander. The 4th Signal Corps went on to take part in many major battles of the European Theater, including the Siegfried Line, Saint-Lô and the Battle of the Bulge. The Germans never broke the Comanche Code, which was crucial in communicating in the European Theater.

Chibitty was honorably discharged from the Army as a technician fifth grade. For his service, he received a Purple Heart, an American Theater Campaign Medal, a European-African-Middle Eastern Campaign Medal with Silver Service Star and a World War II Victory medal. Following their return to the U.S., Chibitty and the other Comanche Code Talkers were welcomed home by their tribe. He later became active in his community.

In 1989, the French government and the Comanche home state of Oklahoma bestowed honors on three of the surviving members of the Comanche Code Talkers, including Chibitty. In 1999, the Pentagon also honored him, who was by then the last surviving Comanche code talker.

“It’s strange, but growing up as a child, I was forbidden to speak my native language at school,” Chibitty said in 2002. “Later, my country asked me to. My language helped win the war and that makes me very proud. Very proud.”