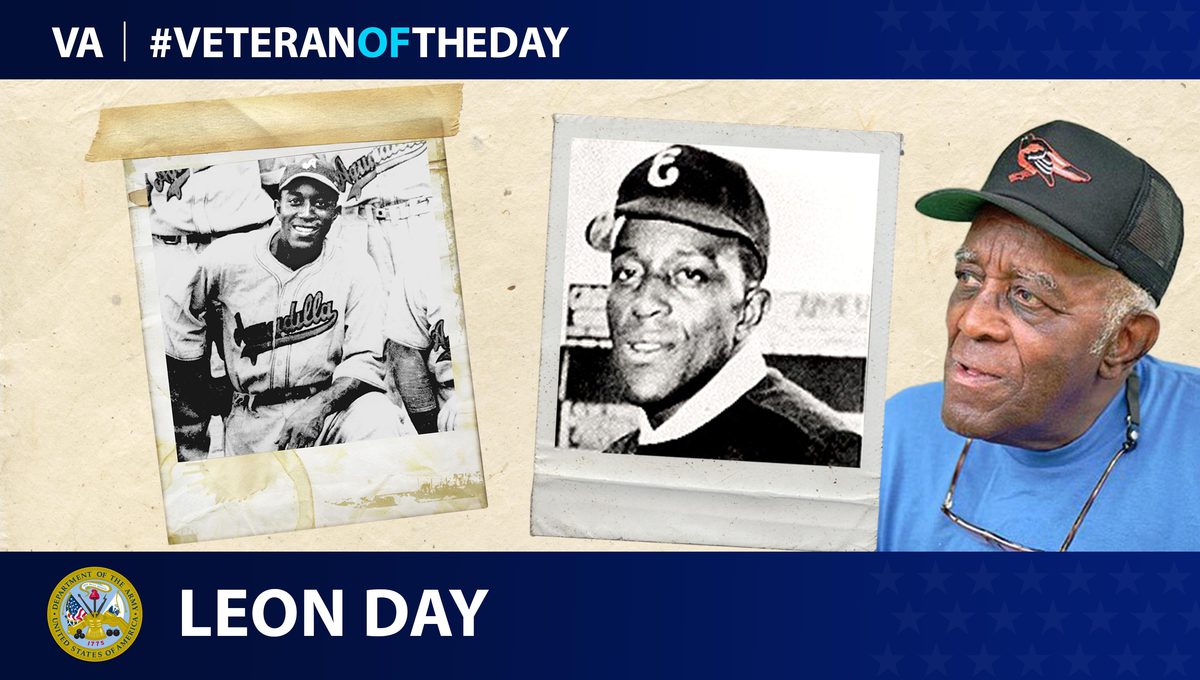 Leon Day was born in October 1916 in Alexandria, Virginia, and moved to Baltimore, Maryland, with his family when he was only six months old. As a young child, Day loved baseball, joining the Mount Winans Athletic Club at the age of 12. He made a career of the sport, joining the Baltimore Black Sox of the Negro Leagues in 1934, at 17, before transferring to the Brooklyn Eagles in 1935.

Day was drafted into the Army in 1943, serving with a segregated unit—the 818th Amphibious Battalion, during World War II. More specifically, he took part in the Battle of Normandy, helping deliver supplies to Utah Beach on June 12, 1944. During this effort, he lost many of his fellow servicemen, describing himself as being “scared as hell” during the experience. Between 1944 and 1945, Day also served in France and Belgium, driving a six-wheeled vehicle known as a DUKW, also called a Duck, across the two countries.

After World War II ended, Day joined the first integrated baseball team in military history, the Overseas Invasion Service Expedition (OISE) All-Star baseball team, after being recruited by Sgt. Sam Nahem. A supporter of civil rights, Nahem enlisted Day and Willard Brown, another Black man, to strengthen his team, whose players had little experience in the big leagues. The participation of Day in the OISE allowed him to pursue his passion for baseball while also serving his country. With the team, Day participated in contests against other units serving in Europe, defeating the 71st Infantry Division team to win the European Theater of Operations World Series. Day was particularly successful and influential in the outcome of that contest, especially in the second game of the series, in which he allowed just four hits and struck out 10 batters.

After being honorably discharged from the Army in 1946, Day returned to the U.S. and continued his baseball career, playing for multiple teams, including the Baltimore Elite Giants and the Newark Eagles, helping both win important competitions. In addition to spending time in the U.S., Day played in the Canadian and Mexican leagues, retiring in 1955.

In March 1995, Day died at the age of 78. In that same year, he was inducted into the National Baseball Hall of Fame.