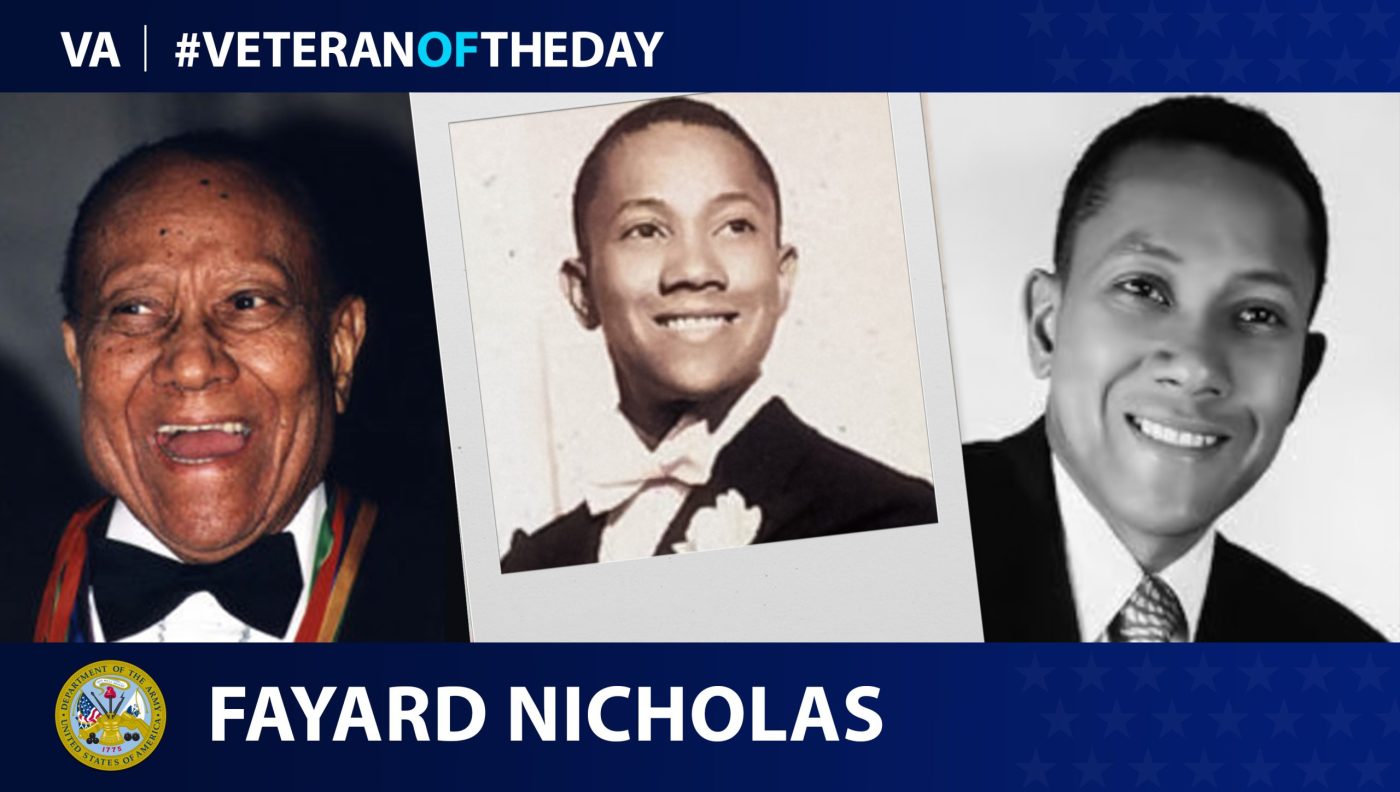 Fayard Nicholas was born in Alabama in October 1914 and grew up in Philadelphia. He and his younger brother, Harold, grew up to be known as the “Nicholas Brothers,” tap dancing in numerous movies and becoming a popular and beloved dance duo. Both of Nicholas’ parents were musicians who played in their own band at the Old Standard Theater. His father, Ulysses D. Nicholas, was a drummer and his mother, Viola Harden Nicholas, was a pianist.

When Nicholas was three years old, he would watch his parents perform from the front row. By the age of 10, he had witnessed some of the greatest Vaudeville acts. He was a self-taught dancer and learned how to dance by watching Vaudeville shows while his parents played in the orchestra pit. He would then teach the same routine to his brother.

After making their professional debut in Philadelphia, Nicholas and his brother became the featured act at the Cotton Club in New York City when they were 18 and 11 years old, respectively. They earned fame due to their unique style of dancing that involved a combination of jazz and daredevil athletic moves. They performed at Harlem’s Cotton Club for two years, working with the orchestras of Lucky Millinder, Cab Calloway, Duke Ellington and Jimmy Lunceford. During this time, they filmed their first movie short, “Pie Pie Blackbird,” in 1932, with Eubie Blake and his orchestra.

Nicholas served in World War II from 1943 to 1944 and earned the rank of technician fifth grade. He began his duty in the Mississippi laundry unit before being moved to an Arizona special services unit where he performed for soldiers.

Nicholas starred in various 20th Century-Fox musicals with his brother and appeared in over 30 films, including the 1943 musical “Stormy Weather,” in which they showcased their signature staircase dance. In 2001, Nicholas was inducted into the National Museum of Dance C.V. Whitney Hall of Fame. The Nicholas Brothers danced for a total of nine U.S. presidents during their career and, in 1991, were awarded the Kennedy Center Honors.

Nicholas had three marriages. In 2000, he wed his third wife, ballerina Katherine Hopkins.

In 2006, at the age of 91, Nicholas died from pneumonia following a stroke.