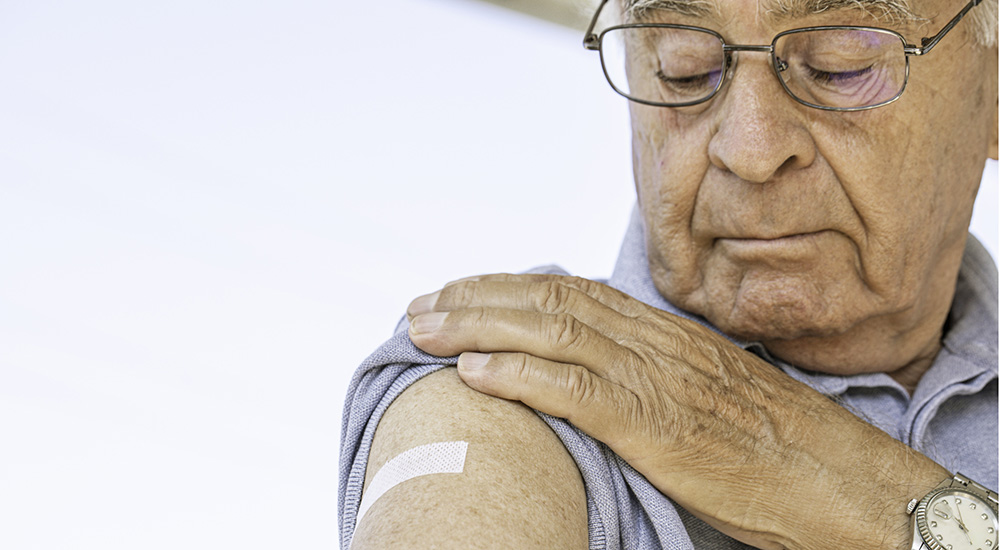 “This is a monumental event,” said Davis. “Not only do I admire and honor these heroes but I also want to thank them for their service on behalf of the entire Jasper VA Clinic staff. I also want to thank them for coming out today to protect themselves and others from the flu. These Veterans are a great example for us all considering vaccinations.”

Sharpton, 98, an Army Veteran, was the first of the group to be administered the vaccine. He has a street named after him in Cullman, Alabama. He joined the military in 1943 and served under General George S. Patton as a quartermaster, delivering food to U.S. troops and allies near the Pacific.

“Experts say older adults’ best protection from the flu is by getting the vaccine,” said Sharpton. “I take it every year along with my regular VA checkups.”

Doss, 95, Navy Veteran, hopes that his taking the vaccine will inspire other Veterans to take it.

“I trust VA with my health,” he said. “My doctor recommended the vaccine for greater protection during this year’s flu season and I took his advice.”

Doss entered the Navy in 1944 and served in the Pacific theatre on the USS Honolulu. He recalled his ship almost sinking when it received significant torpedo damage during the Marianna and Palau Islands campaign that year. The ship was repaired in three days and rejoined the war until it was decommissioned in 1947.

The Veterans were greeted by a crowd of patients, family members and caregivers, and were presented gifts and certificates of appreciation from clinic staff.

“These heroes are leading by example,” said Dr. Rebecca Huie, director of Primary Care. “Just as they protected this nation in the past, they are protecting themselves and others today by getting vaccinated. It is an honor to now serve them and to have them join us for the Flu Fair.”