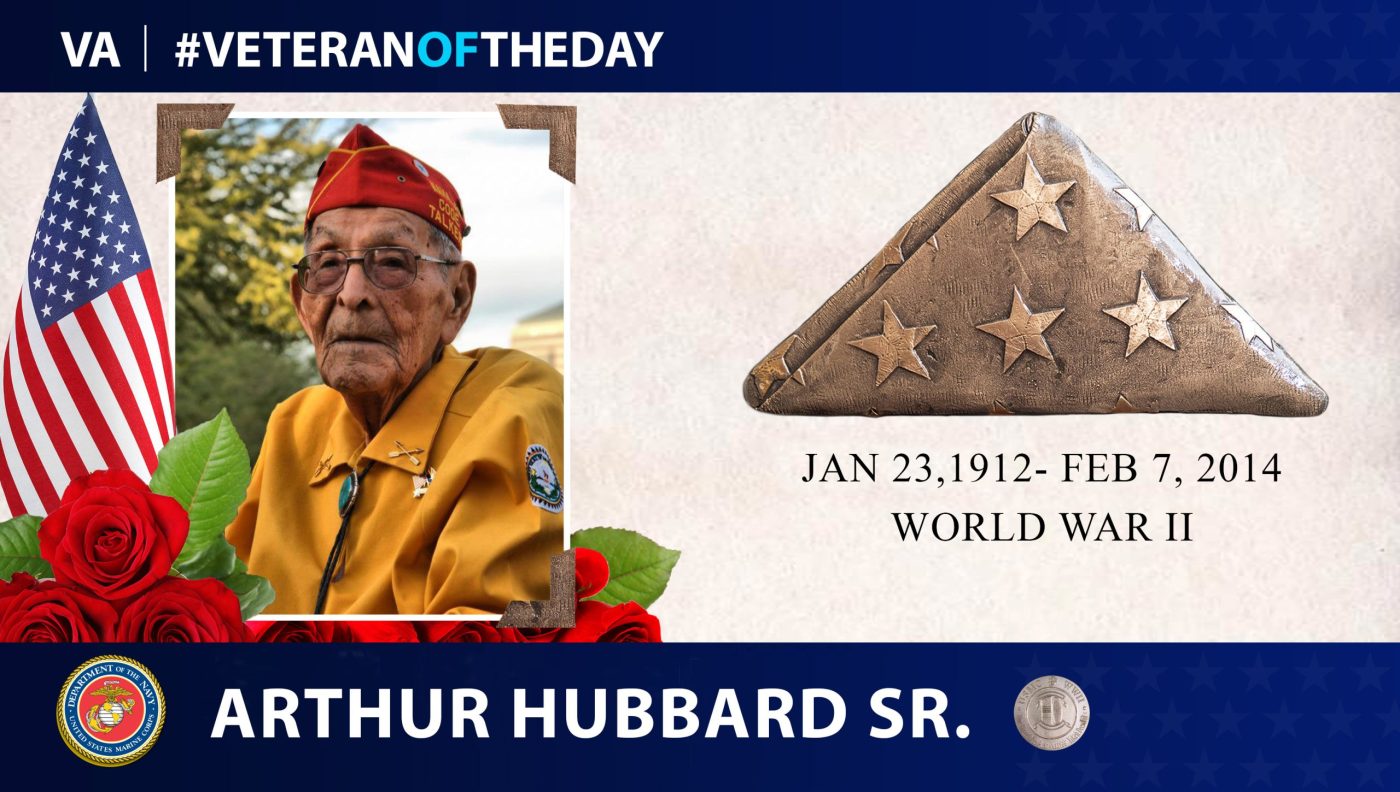 Arthur J. Hubbard Sr. was born in Topawa, Arizona, in January 1912, shortly before Arizona was officially recognized as a state. Hubbard grew up in a large family in the Diné and Tohono O’odham Nation with Navajo and Christian values that encouraged him to give back to his community. In 1939, he joined the United States Marine Corps to fulfill this call.

Hubbard attended school on the Navajo reservation in Ganado, Arizona. He graduated from Ganado Mission High School in 1930 and later became as a trombone player and singer. Upon joining the Marine Corps in 1939, he worked as a radio operator. To prevent military messages from being deciphered by enemy forces, he and other Navajo Marine Corps officers developed a secret code using the Navajo language. The group, whose new code was used to communicate messages and confuse enemies throughout World War II, was later known as the Navajo Code Talkers. Hubbard became a code instructor, training more than 200 officers to transmit these coded messages. The communication of the Code Talkers resulted in lives saved in the Battles of Guadalcanal, Tarawa, Saipan, Iwo Jima and Okinawa.

Hubbard separated after the war ended in 1945 but did not stop his advocacy for Native Americans. After his service, he was appointed as director of Arizona’s Indian Development District by then-Gov. Jack Williams. With hopes of bringing resources to both Native American and non-Native Americans in his community, he ran for the Arizona Senate and was elected in 1972. He was the first Native American to be elected to the Arizona Senate. He spent 12 years in the Senate focusing on welfare projects for the Arizona Native American tribes, including education, health care and water rights for the Tohono O’odham Nation. Outside of the Senate, he was on the Annie Wauneka Nursing Home’s board of directors and acted as a task force member for the San Xavier Community Allottees Association. He worked as a Navajo language and culture instructor at Arizona State University and helped develop Diné College, the first college established in the Navajo Nation. In 2000, alongside other Navajo Code Talkers, he received a Congressional Silver Medal.

Hubbard died in Phoenix, Arizona, in February 2014 at the age of 102. The Navajo Nation flew flags at half-staff in his honor.