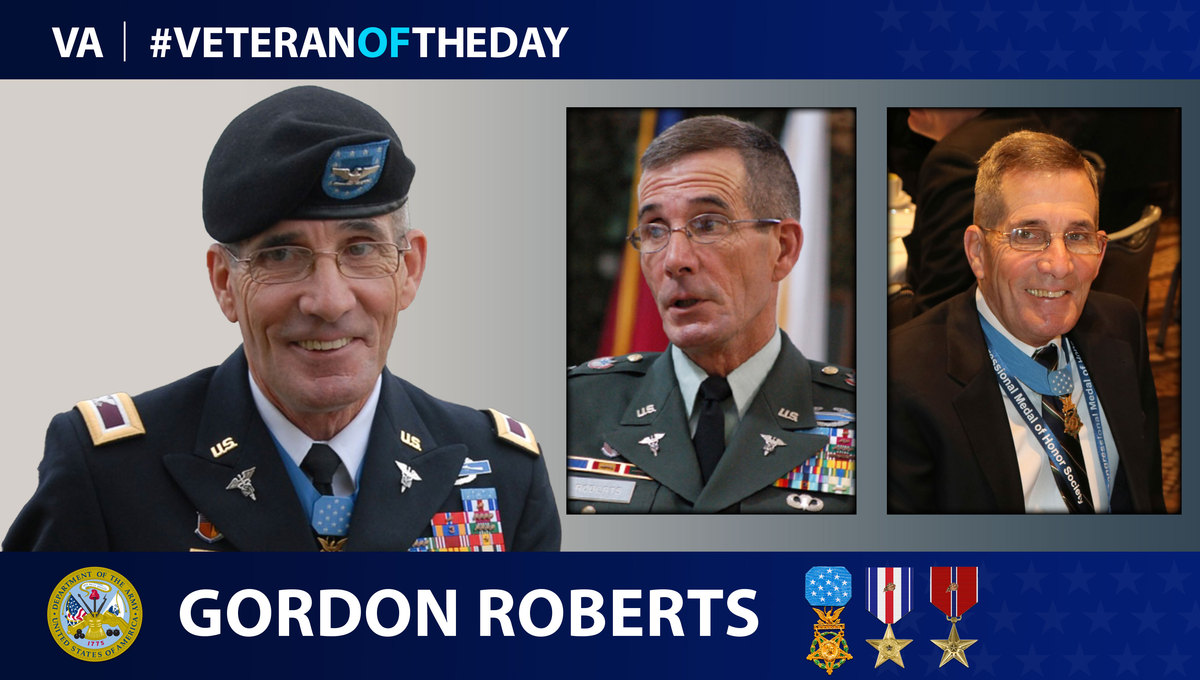 Born in June 1950 to a family in which “everyone had [served] in the past,” Gordon Roberts was destined to join the military. He was raised in Lebanon, Ohio, with two brothers who served in the Navy and a father who had served in World War II. He joined the Army at 17, a mere three days after graduating high school, and continued the family legacy of service. Immediately after enlistment, he volunteered to deploy to Vietnam.

Roberts began his career at Fort Benning, Georgia, completing basic and advanced training before graduating from jump school in 1968. Afterwards, he was stationed in Prague, Czechoslovakia, for six months with the 3rd Infantry Division, serving on the front lines to defend the country from Soviet invasion.

After his request to deploy to Vietnam was processed, Roberts was stationed there as a rifleman two days before the start of the Battle of Hamburger Hill, which “seasoned [him] as a soldier very quickly.” Serving with the 101st Airborne Division, in which his father had served during World War II, Roberts was promoted to sergeant within two months of deployment.

During the two months following the Battle of Hamburger Hill, Roberts and his fellow service members were engaged in battle with enemy regiments. On July 11, 1969, his platoon was asked to support the Delta Company, a sister company that was being overwhelmed by enemy combatants. As they moved to provide relief to the company, Roberts and his platoon encountered heavy fire from enemy bunkers, the first of which quickly injured four American soldiers. However, he moved forward to eliminate that first bunker, disregarding the immense safety risks of doing so. Despite losing his rifle to enemy fire, he eliminated a second bunker using a weapon dropped by a fellow soldier. He then charged the last two bunkers blocking his platoon from securing the ridge line and successfully eliminated them. He proceeded to help move injured service members away from exposed hilltop areas to an evacuation area.

By early 1971, Roberts had returned from Vietnam and was stationed at Fort Meade, Maryland. While there, he received a phone call from the White House suggesting that he would receive the Medal of Honor, which President Richard Nixon awarded to him on March 2, 1971. He later humbly explained that “the folks [he] served with… were equally as brave as I or anyone else was in the unit.”

Almost 20 years after receiving the Medal of Honor, Roberts was commissioned in the Ohio Army National Guard in 1989 and returned to active service two years later. He went on to serve in Iraq in 2005 before retiring from the Army in May 2012 after a 44-year career. At the time of his retirement, Roberts indicated he hoped to spend more time with his family, prioritizing home renovations and his daughter’s softball games.