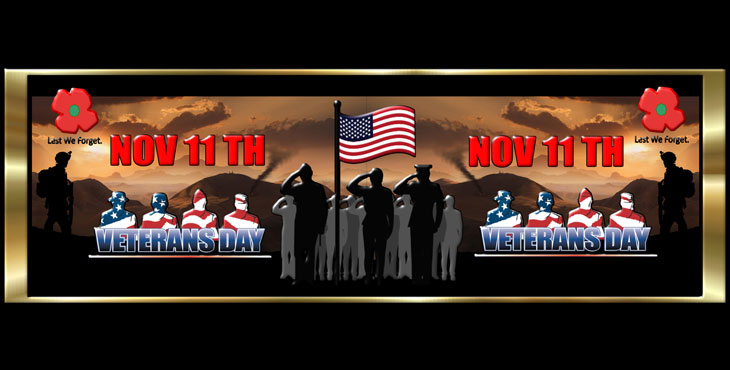 Recently we asked Veterans through our social media channels to come up with a Veterans Day graphic that we could use to honor the nations Veterans. Below are the top submissions. Look for them to appear on Twitter and Facebook between now and Veterans Day.

Allan McClintic U.S. Army 1969 – 1970 from Phoenixville, Pennslyvania. It is the first painting I have done since 1974 as a tribute to a friend.