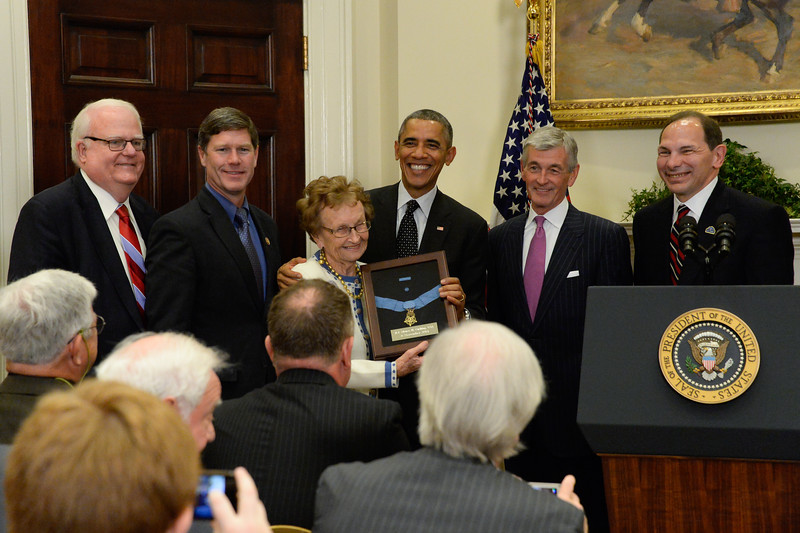 Cushing was a Union officer that rallied the men in his charge to battle during the desperate campaign offensives for the North and the South. The Battle of Gettysburg had tipping point implications for both sides. Had the Confederate forces prevailed, they would have threatened Washington, D.C. located 85 miles to the south.

First Lieutenant Alonzo H. Cushing will receive the Medal of Honor posthumously for his actions while serving as commanding officer of Battery A, 4th United States Artillery, Artillery Brigade, 2nd Corps, Army of the Potomac. Cushing distinguished himself during combat operations against an armed enemy in the vicinity of Cemetery Ridge, Gettysburg, Pennsylvania, on July 3, 1863.

Cushing’s actions alone did not defeat Maj. Gen. George Pickett’s advance on the Union line, as no battle is ever won by a single man. His action did however inspire the men around him and the Medal of Honor serves as a tribute to their collective courage and sacrifice.

Members of First Lieutenant Cushing’s family joined the President at the White House to commemorate his example of selfless service and sacrifice. Helen Ensign, Cushing’s cousin twice removed, accepted the Medal on behalf of the family.