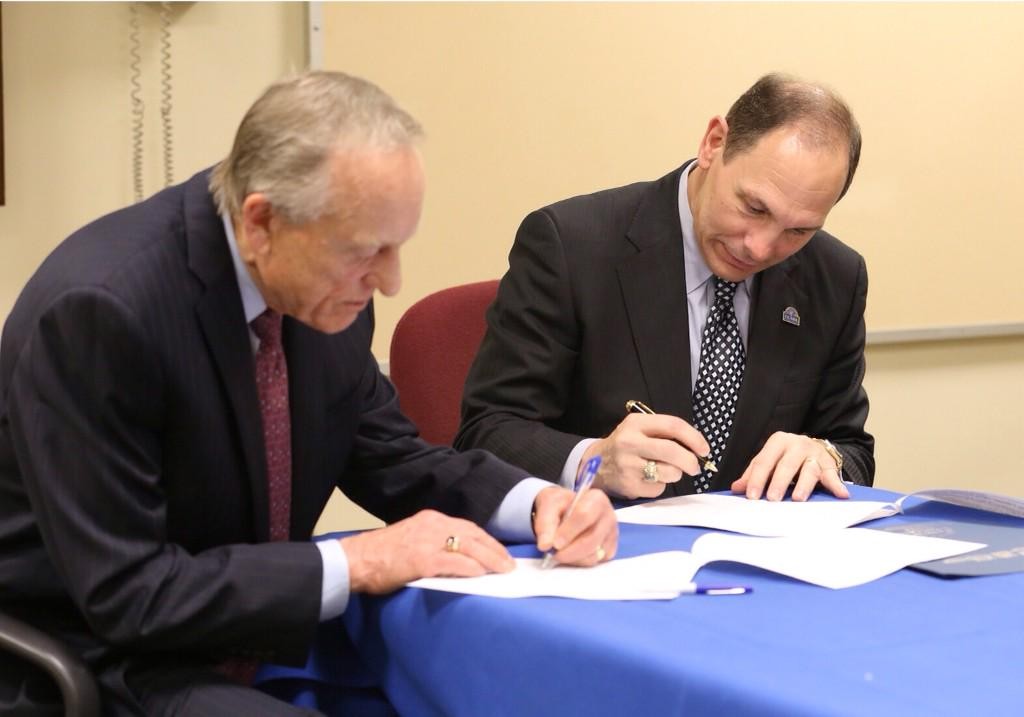 “This agreement offers VA a historic opportunity to build new community relationships in Los Angeles and continue the work needed to end veteran homelessness here,” said Secretary McDonald.  “VA is proud of the progress we’ve made in ending veteran homelessness—down 33 percent since 2010—but we won’t be satisfied until every veteran has a home.”

Under the agreement, Secretary McDonald and plaintiffs’ representatives will develop by February 13, 2015, a written plan to help end Veteran homelessness in Greater Los Angeles.  The plan will focus on serving Veterans, particularly homeless Veterans, women Veterans, aging Veterans and Veterans that are severely disabled. Secretary McDonald will appoint a special assistant, who will report directly to him, to oversee the plan’s implementation with the necessary resources and support.

Ron Olson speaks to reporters during an announcement on the future of the West LA VA Medical Center. VA photo by Reynaldo Leal.

“This historic agreement, forged through the leadership of Secretary McDonald, creates a partnership that will be invaluable to help end Veteran homelessness in Los Angeles, provide needed medical care and services, and make concrete our commitment to those who served our nation’s highest calling,” said Ron Olson, one of the counsels for the organizations bringing the lawsuit.

Under the agreement, Secretary McDonald will also launch an accelerated process to develop a new long-term master plan for the future use of the West Los Angeles campus.  This master plan, which is targeted to be completed by October 16, 2015, will prioritize the provision of bridge housing and permanent supportive housing.  It will also describe an exit strategy for third-party land use agreements that do not comply with applicable laws, and do not fit within the master plan.  Representatives from the Veterans’ community will be actively involved in providing input to the master plan, along with other stakeholders, including the local community.

Attorneys for homeless Veterans agreed to pursue a dismissal of the lawsuit Valentini v. McDonald, which was filed in 2011. Plaintiffs are represented by the ACLU Foundation of Southern California, Public Counsel, and Inner City Law Center, with the pro bono support of Arnold & Porter LLP, Munger, Tolles & Olson LLP, and Harvard Law School Professor Laurence H. Tribe.  The landmark case was a major impetus behind realizing the vision of eliminating homelessness in Los Angeles among Veterans who entered the military to serve the nation.

“The Department of Justice is pleased to have come to a positive resolution in this nearly four year litigation,” said Acting Assistant Attorney General Joyce R. Branda for the Justice Department’s Civil Division. “Ending this litigation will facilitate the continuing partnership between the Department of Veterans Affairs and key stakeholders to end veteran homelessness in greater Los Angeles in 2015 and beyond.”

The 387-acre West Los Angeles VA campus was deeded to the United States in 1888 to serve as a home for disabled veterans.  Today, Los Angeles has the nation’s largest population of homeless and veterans with disabilities.