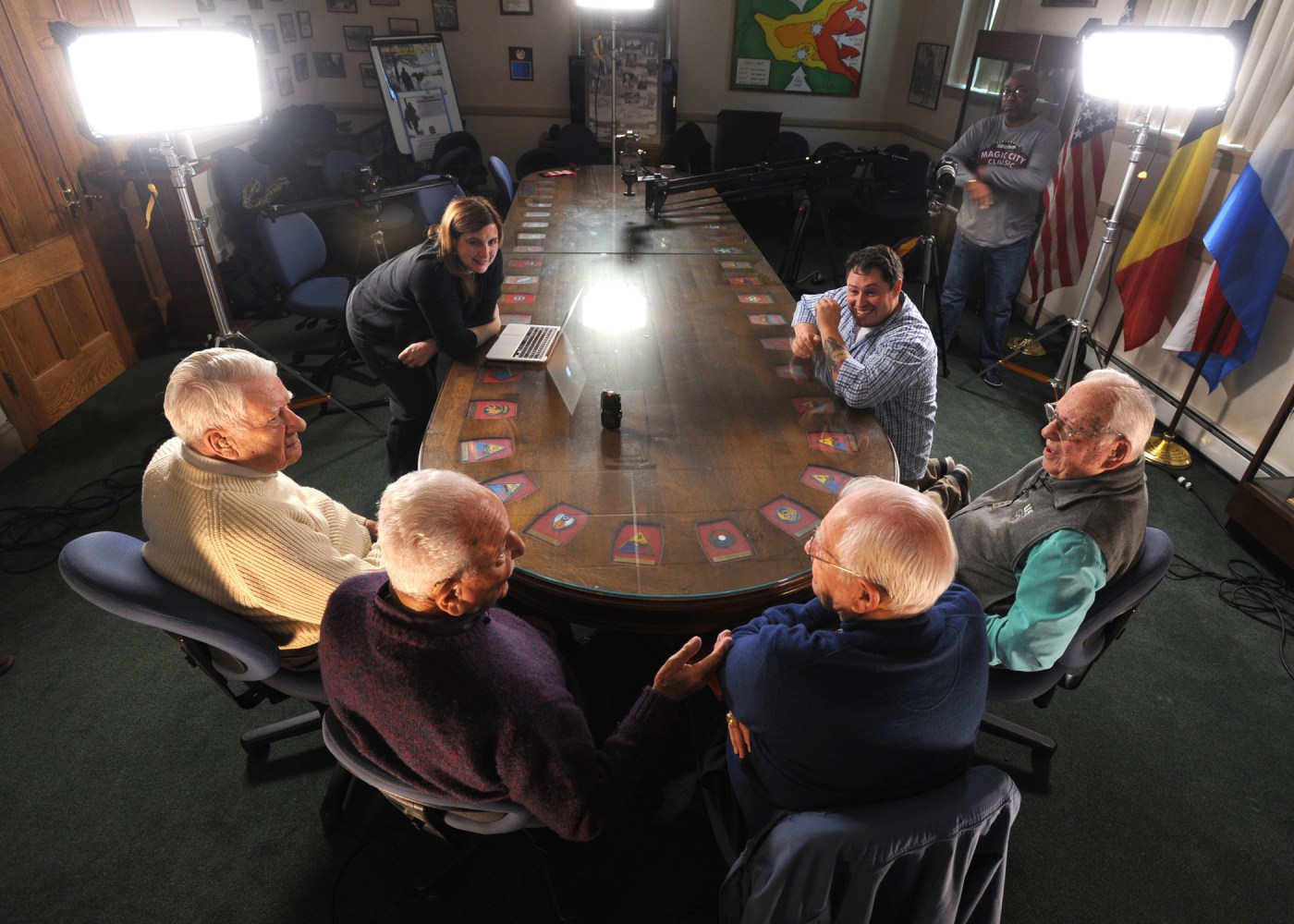 The subjects of the first Living History series are without doubt remarkable individuals. In their youth, along with hundreds of thousands of other soldiers, they liberated village after village and withstood the desperate last gasps of the Third Reich as the Allies pushed through to victory in Europe.

Older men now, they sat in a room at Fort Meade dedicated to the service of Veterans of the Bulge and their sacrifice in the Ardennes. As they reminisced, I marveled at the vivid pictures they painted with their recollection of the smallest details. There was the bitter cold, death, and the camaraderie that comes from going through the hell of war together.

As the field director of the project, I couldn’t have been happier with the interaction that unfolded in front of me. The Living History project began with the simple idea that stories would have more depth if Veterans talked to each other, like they do in VFW and Legion halls across the country every night. The experiment was working. I chuckled under my breath as they sparred with one another about liquor rations and tattoos, and my eyes welled up as they recalled loses they never forgot.

“I look back on this after 70 years – You know, it brings back a lot of memories and some of them aren’t too good, of course,” Douglas said.

“I didn’t talk about the war until 1986, 40 years later and that was when I went to my first reunion,” John said. “But all that period in between it was all behind me. In fact, my friends that I associated with, I knew had no idea what I went through.”

I was captivated, and even then I couldn’t wait to see the final product that was already playing in my mind.

As the two-hour session came to an end, I couldn’t help but think that if there were ever a group of Americans who fit the label of “greatest generation” it would be these fine gentlemen. But as a Veteran who feels uncomfortable when someone thanks me for my service, I wasn’t surprised when all four bristled at the notion of being labeled that way.

“I didn’t hear the term greatest generation for a long time,” John said. “And I’d never considered myself as anybody special. I, you know – I was one of ten million guys in uniform.”

Their stories and contributions, as they were quick to point out, didn’t end with the Bulge or World War II. Alfred stayed in the Army for as long as he could, Mike and John tried their luck as Veterans, and Douglas went back to war in Korea and Vietnam. They all had fulfilling lives they said couldn’t be characterized by one period of time.

As they finished, they made it clear they would always be proud of their accomplishments in the face of adversity but they didn’t think one generation of Veterans should be revered more than another. In the end, they were just doing what was asked of them.

“These guys, even as I speak today, some of them are still, you know, in harm’s way,” Douglas said. “They do the job just as we did … if someone comes up to me and says are you a member of the greatest generation, I’d rather him say you’re a World War II Veteran. It means more to me.”