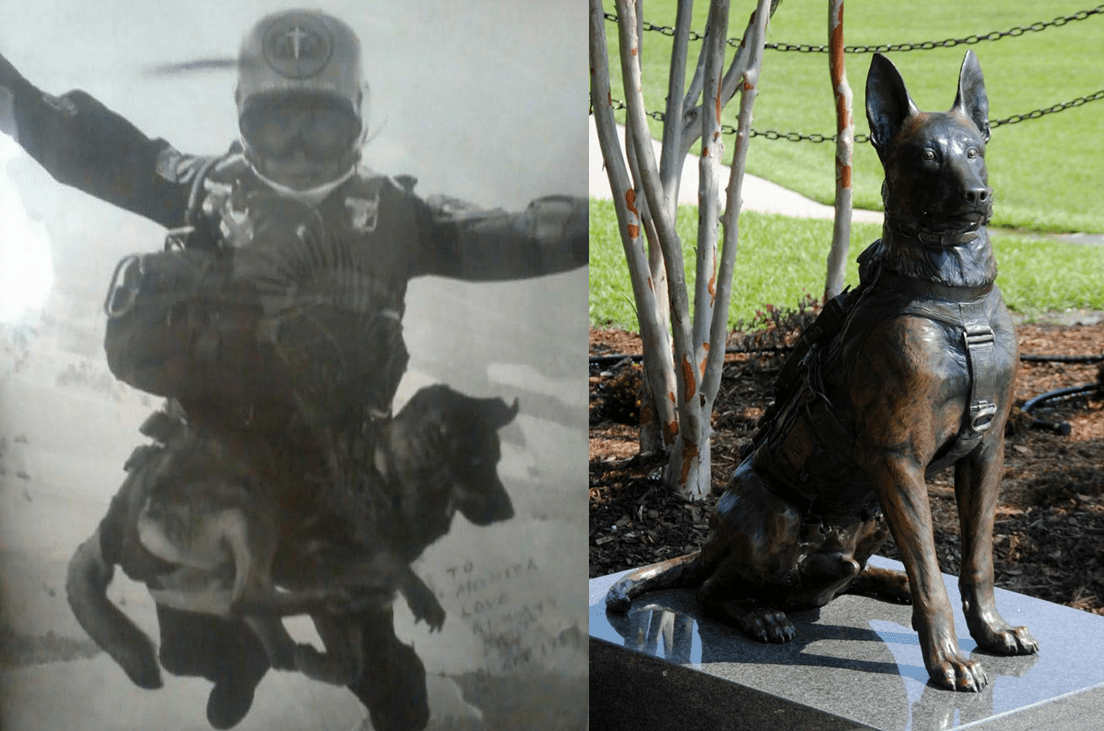 Today’s Veteran Of The Day is Jesse Salvador Mendez. Jesse served in the Marine Corps during World War II as a combat engineer and the Korean War as a saboteur, rising to the rank of Gunnery Sergeant. He then joined the U.S. Army to work with the first Special Operations Group K-9 unit in Vietnam. The dogs detected mines, booby traps and enemy personnel.

“Had it not been for these dogs, the Vietnam War Memorial in Washington, D.C. would have a lot more names engraved on it,” Jesse said.

Jesse was later assigned to the 26th Scout Dog Platoon out of Fort Benning, Georgia, where he began to pioneer K-9 aerial insertion as the unit’s chief instructor.

“I wanted to show that canines could go anywhere a soldier went,” Jesse said.

Sergeant First Class Mendez was the first person to HALO jump (military parachute free fall) with his K-9, a 46-pound German shepherd named Pal, strapped to him on April 29th, 1968. Pal had never been in an airplane before the jump.

Jesse retired in 1969 and Pal came with him, living for 10 more years. In his retirement, Jesse advocated the construction of a K-9 memorial to recognize the unsung companion heroes in the U.S. Military’s Special Operation Forces. The SOF K-9 Memorial Foundation unveiled a statue on July 27th, 2013, in Fayetteville, North Carolina.

Thank you for your service, Jesse!