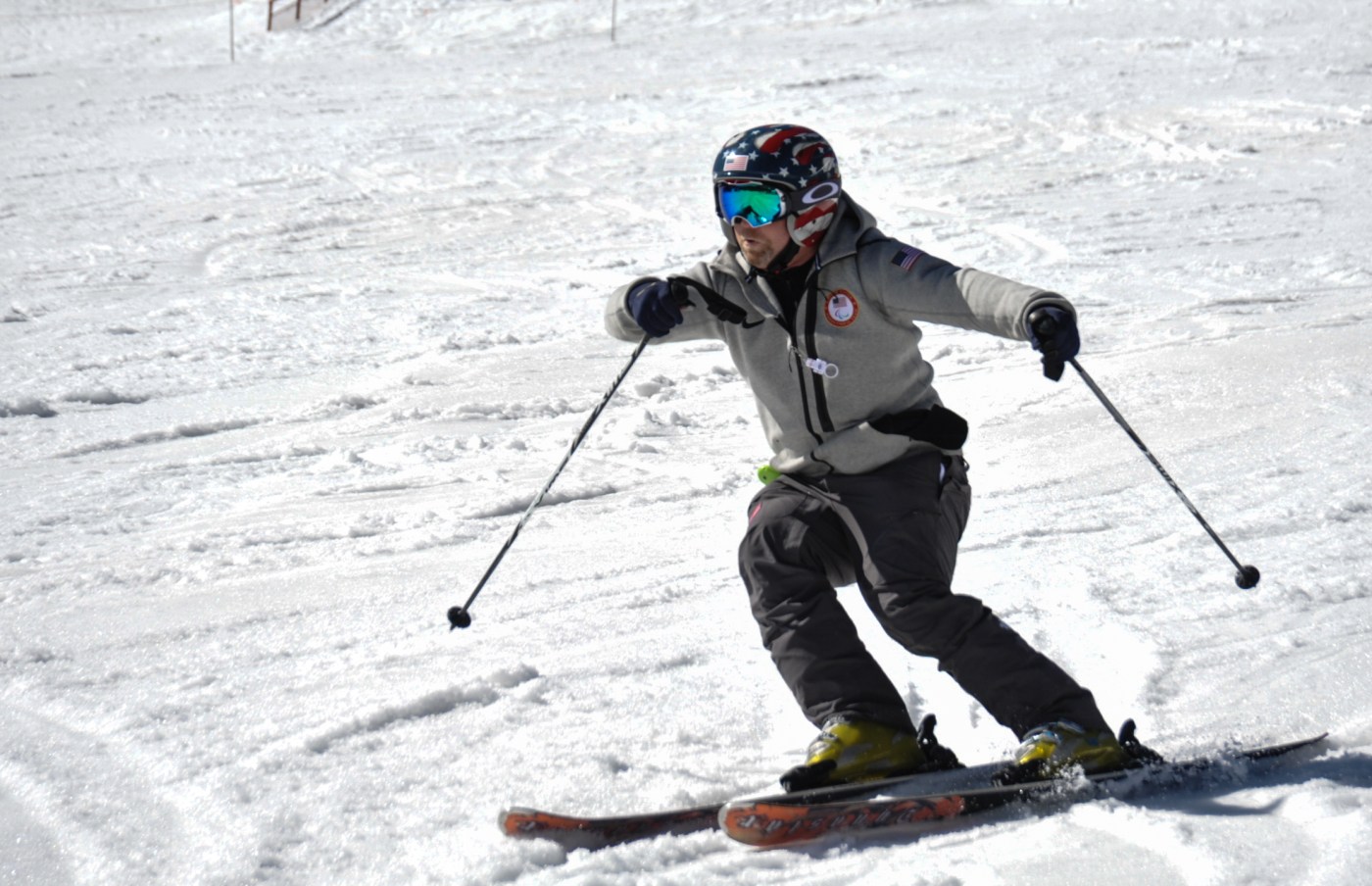 When Joel Hunt joined the Army in 1998 he planned on serving his country for 20 years, but that all changed during a deployment to Iraq.

A roadside blast left him with a severe traumatic brain injury (TBI).

After returning home, Hunt struggled to adapt. He needed to rely on his parents as caregivers because of constant blackouts, double vision and bouts of dizziness. The lack of control and feeling in his legs confined him to a wheelchair. In addition to the physical injuries, Hunt was reeling from survivor’s guilt, constantly thinking of the soldiers who didn’t make it back home.

He was angry and depressed. But fortunately he had a support system. His parents encouraged him to get out of the house and get active again. One sport they suggested he try was skiing.

In December 2008, Hunt attended a ski camp for veterans with TBI. He was apprehensive at first, self-conscious about his abilities and anxious about being around a large group of people he had never met due to post-traumatic stress disorder.

However, he quickly fell in love with the sport. He wanted to become a downhill ski racer like his instructor at the camp. The instructor told Hunt he was too old.

Hunt was determined to prove him wrong.

By the end of the 2009-10 season, Joel was nationally ranked in the top 10 of adaptive skiers. Today, he is ranked 3rd nationally and 34th in the world. He competed in the Sochi 2014 Paralympic Games and earned a silver medal in slalom from Canadian Nationals. He also qualified for the World Cup.

“My favorite saying is train like you’re the worst skier in the world and race like a champion,” said Hunt.

Hunt will continue to hone his skills on the mountain all week at Snowmass as he looks for a future bid on the Paralympic team.

“I hope to inspire others with disabilities by showing them that if a regular guy like me can make it, anybody can,” said Hunt. “It’s my hope that by setting the example, others will realize that tough times don’t last, tough people do.”

Charity Edgar is the Assistant National Director of Communications at DAV (Disabled American Veterans) in Washington, D.C. She also serves as a Public Affairs Officer in the U.S. Navy Reserve.