Home / VA Careers / A career marked by passion and service

A career marked by passion and service 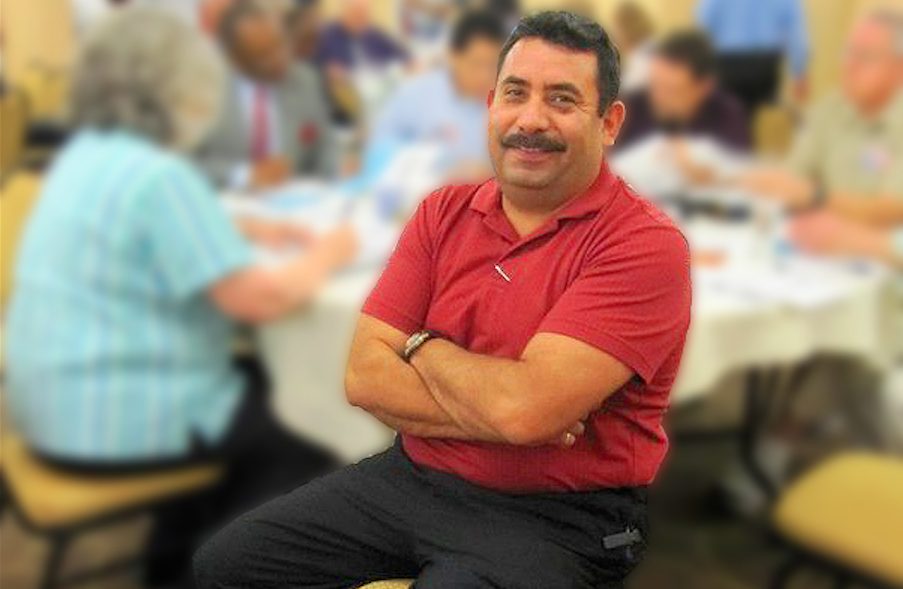 As a Vocation Rehabilitation Specialist at VA, Robert Resendez describes himself as a job coach for Veterans living with serious mental illness. In his role, he works with other members of the patient-centered care team, mainly psychologists and psychiatrists, to counsel Veterans as they enter the workforce—wherever that may be.

Originally from El Paso, Texas, Robert joined the Air Force at 18, where he found the perfect career fit as an air traffic controller. The high-pressure job was a perfect mix of multi-tasking and relying on other members of his team to help aircrafts take off and land safely. Throughout his tenure, he was stationed at several Air Force bases, two of which were the busiest worldwide. And while he loved the work, his first supervisor was quick to keep him humble.

“I loved the job, and I had a knack for it right away,” says Robert. “But my first supervisor taught me that I had to have more than just the skill. In air traffic control, you have to rely on the fact that the guy next to you knows what he’s doing, and I had to build that trust with my supervisor.”

Robert was stationed overseas, and later cross-trained to the North American Aerospace Defense Command (NORAD). In the immediate aftermath of 9/11, he was part of the team that grounded all air traffic in the U.S. After retiring from the Air Force, he took a position with the Department of Labor—helping Veterans with resumes and job counseling. Due to the nature of the work and his military experience, he eventually landed at VA in the Vocational Rehab program.

At one point during his transition from military to civilian life, Robert sought assistance in the Vocational Rehabilitation program himself. The shared experiences of his fellow Veterans helped him find his footing.

“Whenever I spoke to another Veteran, I felt like I could let my guard down,” he says.

Now he is on the other side of the table, using his own experiences and lessons learned to coach Veterans as they look for jobs. Just like when he was an air traffic controller, he’s found something that he loves, and as a result, is successful in his duties. In February 2015, Robert was recognized as the Employee of the Month for the Syracuse Behavioral Health Careline—a hard-earned and well-deserved honor.

“The most satisfying part of this job is knowing that I can help a Veteran, if nothing else,” says Robert. “I get as much out of my job as that Veteran does, it’s therapeutic for me.”

Thank you for your service, Robert, and for your continued dedication to our Nation’s Veterans!