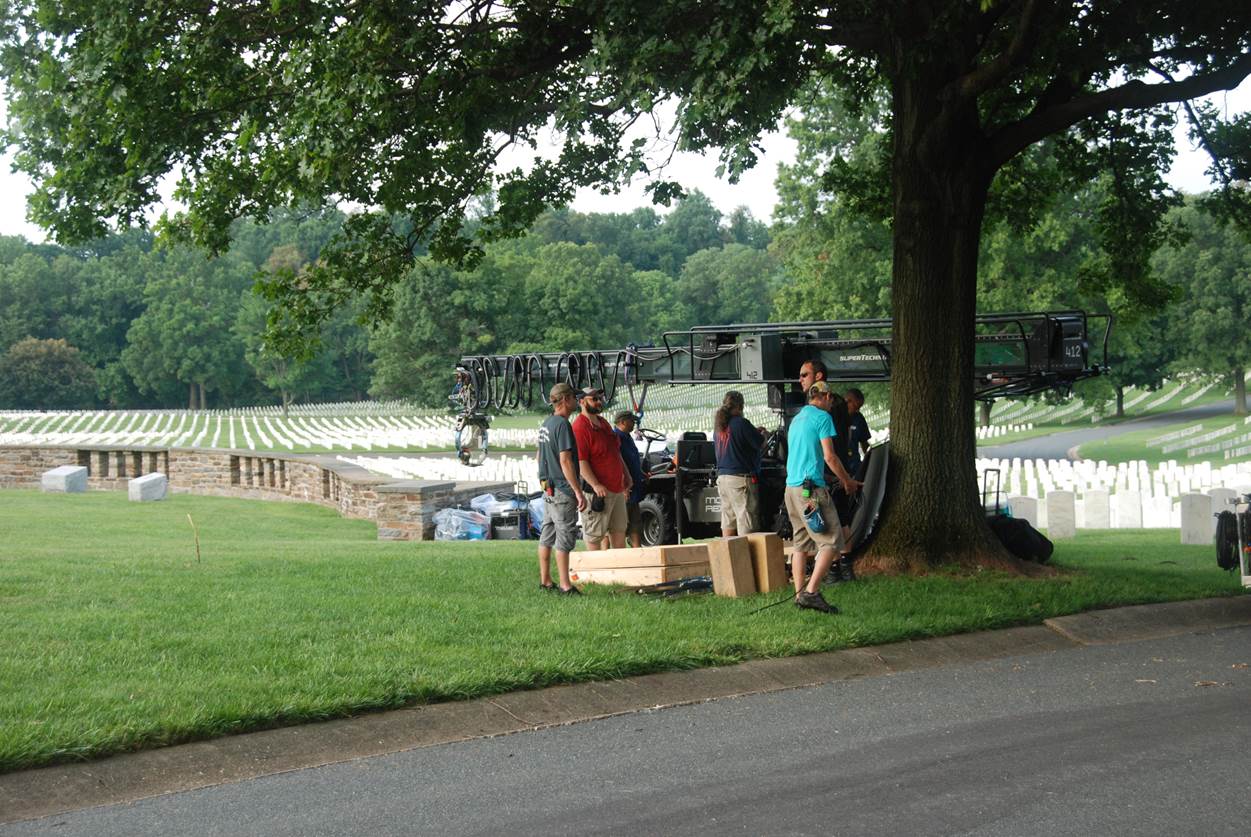 Almost seven months after filming, Baltimoreans and Veterans alike saw their national cemetery in Season 3 of House of Cards. The cemetery, one of VA’s 131 national cemeteries across the country, is used to represent Arlington National Cemetery in episode 4, of the popular Netflix series.

Baltimore National Cemetery was originally envisioned as Maryland’s “Little Arlington,” when built in the 1930s as an extension of the nearby Loudon Park National Cemetery. The cemetery is open for cremated remains and some casketed remains for Veterans and eligible spouses and minor dependents.

The National Cemetery Administration receives requests periodically to use its cemeteries for television and movie filming. “Since national cemeteries are located across the country and are as picturesque as the Army’s Arlington National Cemetery in Virginia, production companies often find it easier to film on location at one of the VA’s cemeteries,” said Mike Nacincik, chief of the National Cemetery Administration’s Communications and Outreach Support Division. “Filming requests are reviewed on a case-by-case basis and productions must agree to maintain the dignity and respect of the cemetery.”

The site occupied by Baltimore National Cemetery is famous for its part in warning Baltimore about the British fleet sailing toward Fort McHenry in 1814. Residents of the estate, called Cloud Capped at the time, sent a messenger to Baltimore to warn the city upon seeing the British fleet approaching from the estate’s elevated location adjacent to Frederick Road.

Conversion of the Cloud Capped estate to a national shrine was a Works Progress Administration (WPA), Depression-era project along with several other national cemeteries during the 1930s and early 1940s.

Between 1936 when the government took possession of the 72.2-acre property to 1940, an estimated 100 to 150 men worked on the project and nearly $400,000 was expended on the WPA improvements to the national cemetery. Funds were spent on “surveys, roads, gates, fences, razing old mansion, new lodge, utilities, out-buildings, preparing and monumenting grave-sites, and landscaping,” according to records.

Other burial benefits available for all eligible Veterans, regardless of whether they are buried in a national cemetery or a private cemetery, include a burial flag, a Presidential Memorial Certificate and a government headstone or marker.

VA operates 131 national cemeteries, one national Veterans burial ground and 33 soldiers’ lots and monument sites in 40 states and Puerto Rico. More than 4 million Americans, including Veterans of every war and conflict, are buried in VA’s national cemeteries.

Information on VA burial benefits can be obtained from national cemetery offices, from the Internet at www.cem.va.gov, or by calling VA regional offices toll-free at 800-827-1000.

To make burial arrangements at any VA national cemetery at the time of need, call the National Cemetery Scheduling Office at 800-535-1117.