Home / Health / What are the benefits of service dogs, emotional support dogs for Veterans?

What are the benefits of service dogs, emotional support dogs for Veterans? 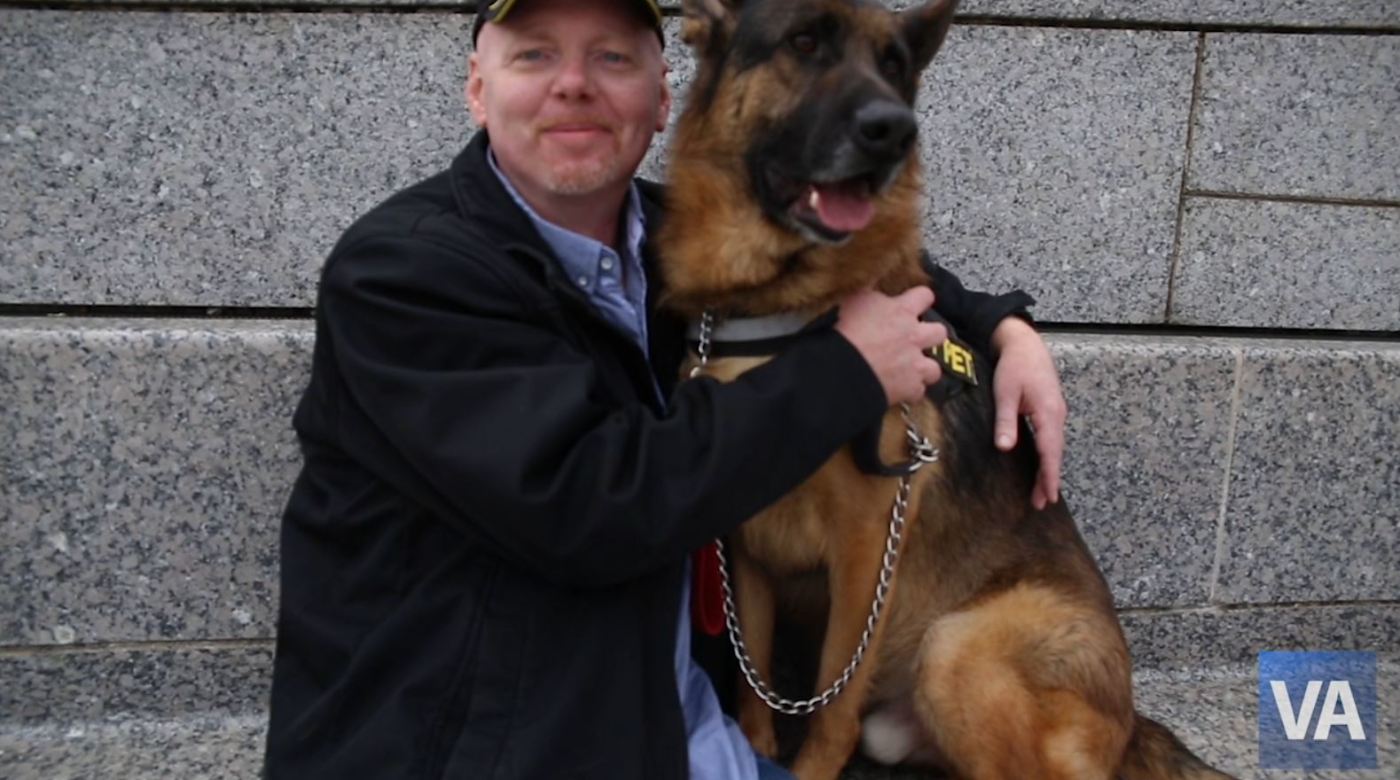 Joel Nicholson started his military career with the U.S. Marine Corps in 1993. He later joined the National Guard in 2006 and was activated in 2008 with the 56th Stryker Brigade to deploy to Iraq. He spent much of his deployment patrolling route Michigan in between Fallujah and Baghdad.

After leaving the service in 2009, Joel noticed he was depressed, had severe memory loss and was relying too much on alcohol to self-medicate. That’s when he checked in to a PTSD Residential Rehabilitation Program in West Virginia where a VA doctor recommended he get a service dog.

“It was like night and day for me when Adonis entered my life,” Joel said.

Currently, VA only approves service and guide dogs for blind and deaf patients, but that could change.

A VA study on how service dogs and emotional support dogs might help Veterans with PTSD has been restarted. Veterans in the study are already being paired with a service dog.