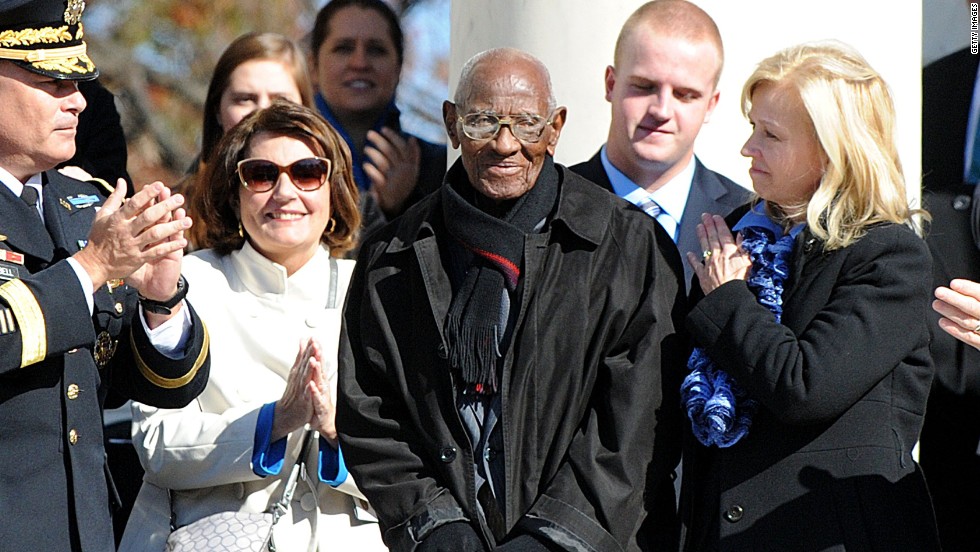 Richard Overton was born in 1906 and like most Americans he answered his country’s call to service during World War II. He served in the U.S. Army from 1942 to 1945 with the all-black 1887th Engineer Aviation Battalion. He primarily served in the South Pacific which included stints in Hawaii, Guam, Palau and Iwo Jima.

In 2013, Richard met President Obama during an honor flight trip where he told the President “I smoke at least 12 Tampa Sweet cigars a day.” He recently told the Washington Post that while he is a fan of cigars and whiskey, he partakes of the latter only occasionally now.

He celebrates his birthday every year in his yard, but this year was extra special. His neighbors organized a party with the theme: Mighty Fine at 109. The celebration included Mighty Fine burgers, shakes, a visit from Austin’s Mayor and of course, whiskey.

When asked about his longevity, he told the Washington Post, “You have to ask God about that. He brought me here and he’s taking care of me, and nothing I can do about it,” later adding, “I can talk about what he’s doing for me.”

His neighbor Helen Elliot told Fox Austin, “He’s just the coolest neighbor on the planet, He’s so much fun and always has the best stories.”

“To think I’d be older than every soldier in the Union? You believe that? I didn’t ever think that,” he told Fox Austin. “This is a long trip and it ain’t through yet.”

Richard was honored as the Veteran of the Day on 15 November, 2013.