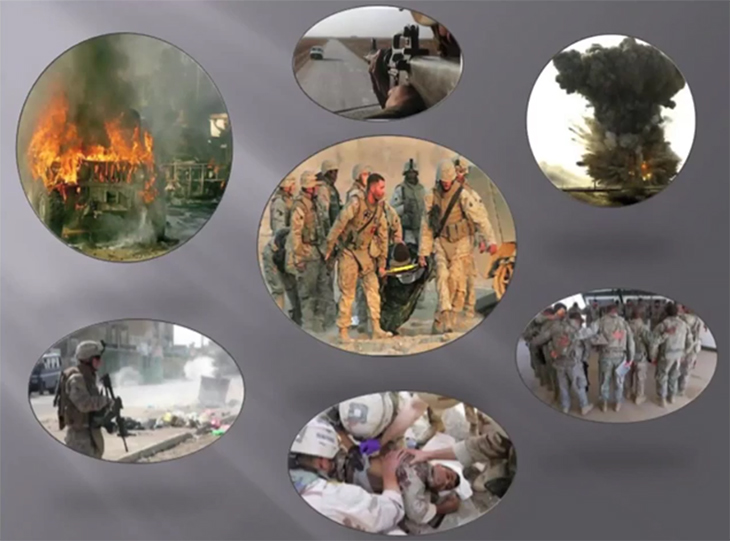 Reminding You of What You Already Know

If you have seen even one combat Veteran returning from Iraq or Afghanistan, then you have been part of something unparalleled in our nation – probably unparalleled in human history. You are part of a team comprising thousands of inter-connected individuals, working in a systematic way, providing integrated support for 2.7 million people that have been off to war.

Since 2001, more than 2.7 million Americans have been deployed to combat zones. 1.8 million of these Veterans are eligible for VA care and we have seen about 1.12 million of these Soldiers, Sailors, Marines and Airmen in the VA healthcare system.

In the past, upon coming home from war, a service member might say “Oh, I got knocked out a time or two” or “I got my bell rung” and that would be the end of it. But over the past 10 years, the VA’s Polytrauma System of Care has screened nearly 1 million Veterans for traumatic brain injury. So just the TBI piece alone is unparalleled. Add to these advances in the valuation and treatment for post-traumatic stress, other mental health concerns, physical injuries, amputations and chronic pain, as well as greater attention to and support for psychosocial concerns related to family, relationship, financial, educational and occupational needs.

Even though we have done all this work in post-deployment care, making so many strides forward, my fear is that we could re-enact what Abram Kardiner noticed when taking care of WWII Veterans. He said that after our experiences caring for Veterans from WWI we knew the basics of how combat affected those who are touched by it, and the basics of what is needed to take care of Veterans returning from combat. Yet, even knowing this, we did not take full advantage of those lessons learned to help Veterans returning from WWII.

So often we try to close a chapter and put things behind us. That is okay as long as we learned from what happened, paid attention to the chapter just completed, and carry that information and its lessons with us as we move ahead in the story.

This road map can only emerge from a national conversation, led by Veterans and their families, supported by all of us in the VA, and the supported by the nation that is trying to walk along with someone who have been through the worst and given so much.

A road map will that say, “This is who we are, this is how we are, and this is what we do as a nation for those we send off to war, for their families, to help them truly and fully ‘return home.’”

Steve Hunt is a primary care physician at VA Puget Sound in Seattle, and the VA National Director of the Post-Deployment Integrated Care Initiative. For over 25 years he has focused on the health care needs of Veterans following deployment and developing integrated approaches for care that will most effectively address the complex health changes and life changes that so frequently follow deployment.