Memorial Day: A time to reflect, remember, and support 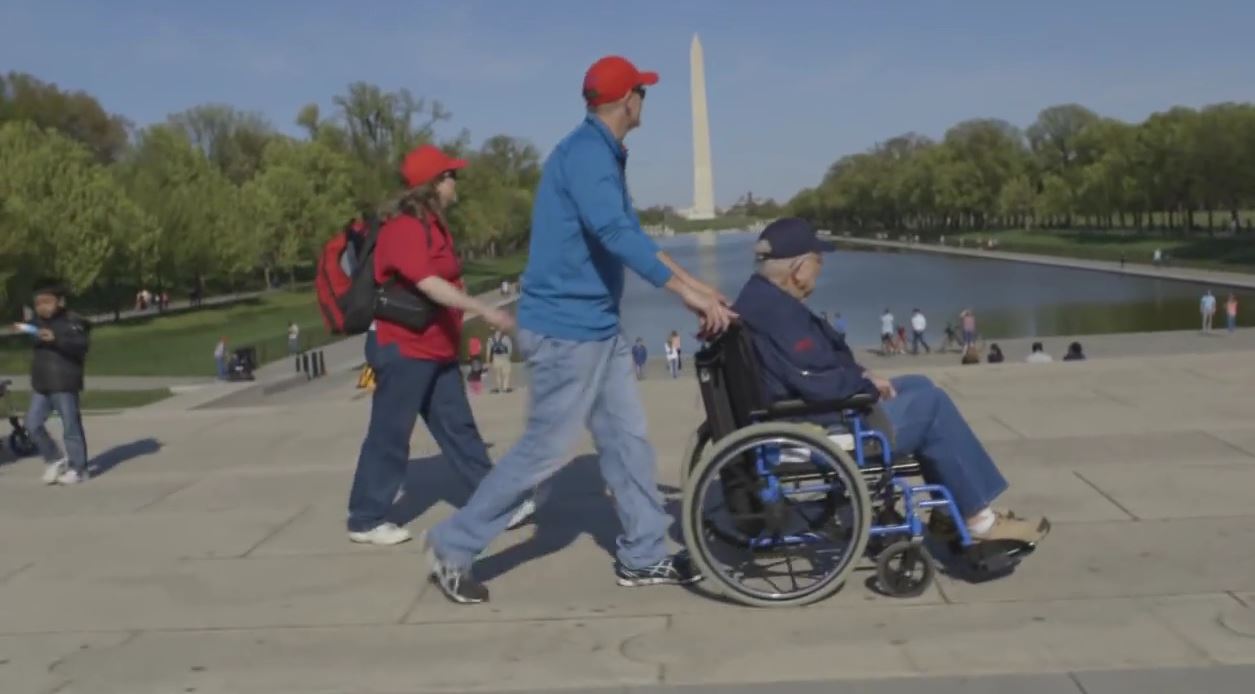 In 2014, Don Buska, a WWII Veteran and hospice patient from Montana had the chance to travel to Washington, D.C. on an Honor Flight. He made the journey with his son, visiting the memorials built to honor the sacrifices that he and so many others have made for this nation. During his trip, which was chronicled on video, Buska was able to reflect and remember those he served with who were lost in battle.  This journey, made possible by Honor Flight and the hospice that cared for Buska, meant the world to him; just hours after he returned home to Montana, Buska died at the age of 86 from chronic obstructive pulmonary disease (COPD).

Memorial Day is an opportunity for Americans to remember those who have lost their lives in defense of our country and to offer support to grieving family and loved ones.

“Our Veterans deserve support and recognition of their service and the losses they may have experienced,” said J. Donald Schumacher, National Hospice and Palliative Care Organization’s president and CEO.   “Memorial Day can be a time to reach out to acknowledge all they’ve given and celebrate our national pride.”

Supporting those around us can be as simple as spending time with someone that may be alone, arranging a trip to the cemetery or to a community event of remembrance. Simply lending an ear or holding a hand can be an important way to acknowledge a loss or to honor someone’s contribution to our nation.

For the past five years, NHPCO’s We Honor Veterans program has helped equip hospice programs across the country with the right tools to serve our Veteran population.  Created in collaboration with the Department of Veterans Affairs, this pioneering program encourages  hospice teams to ask Veterans about their military service as they near the end of life, listen with compassion to their recollections, and acknowledging their service in a number of ways.  It also pairs Veteran patients with hospice volunteers who are veterans themselves. For many Vets, the toll of losing comrades in battle re-emerges at the end-of-life. Speaking with a fellow Veteran can have a cathartic effect, bringing greater peace and closure after the horrors of war, even decades past.

“We learned things about our dads and heard stories from others that haven’t been told in years,” said Don Buska’s son Jeff said after that final journey with his father.  “We all have so much to be thankful for; for all the men and women who served this country, and are serving now.”

To learn more about the We Honor Veterans program, visit www.wehonorveterans.org.

The National Hospice and Palliative Care Organization is the oldest and largest nonprofit membership organization representing hospice and palliative care programs and professionals in the United States. The organization is committed to improving end-of-life care and expanding access to hospice care with the goal of profoundly enhancing quality of life for people dying in America and their loved ones.

Thousands of patriotic citizens from around the country will honor the service and sacrifice of our nation’s fallen heroes at VA national cemeteries on Memorial Day, May 25, 2015. Ceremonies can vary from cemetery to cemetery, and may include parades, speeches, music performances, rifle volleys, bugle calls and wreath layings. Veterans service organizations will participate, as well as active duty military members, scout groups, government officials and citizens who wish to pay their respects to those who sacrificed so much for their country.

Some cemeteries hold their observances prior to May 25. View a complete list of 2015 Memorial Day Events at VA National Cemeteries.