Two deserving WWI Soldiers to be awarded the Medal of Honor 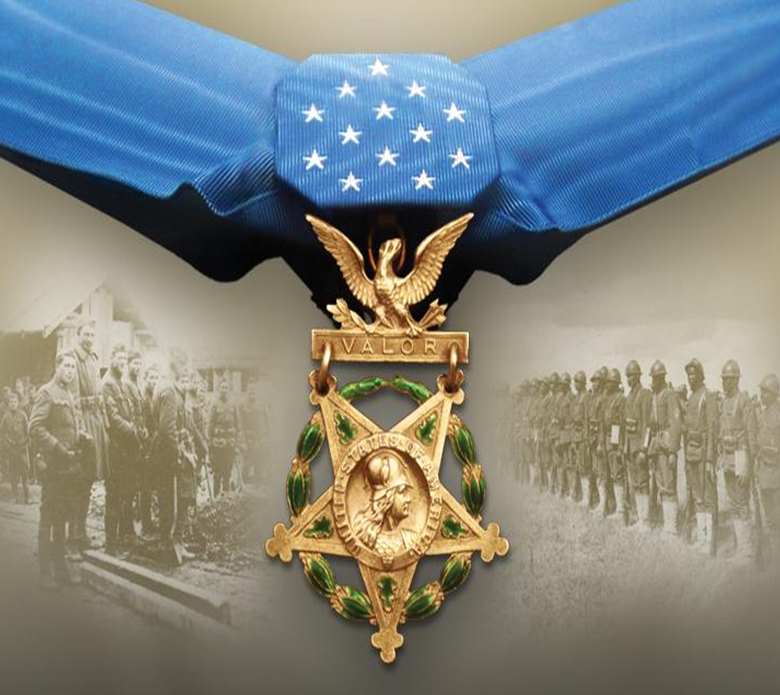 On June 2, the President will award the Medal of Honor to U.S. Army Sergeant William Shemin and to Army Private Henry Johnson for conspicuous gallantry during World War I.

Shemin will receive the Medal of Honor posthumously for his actions in the vicinity of the Vesle River, Bazoches, France, on Aug. 7-9, 1918, while serving as a member of Company G, 2nd Battalion, 47th Infantry Regiment, 4th Division, American Expeditionary Forces.

Shemin left the cover of his platoon’s trench and crossed open space, repeatedly exposing himself to heavy machine gun and rifle fire to rescue the wounded. After officers and senior non-commissioned officers had become casualties, Shemin took command of the platoon and displayed great initiative under fire, until he was wounded.

Johnson will receive the Medal of Honor posthumously for his actions in the vicinity of the Tourbe and Aisne Rivers, northwest of Saint Menehoul, France, on May 15, 1918, while serving as a member of Company C, 369th Infantry Regiment, 93rd Division, American Expeditionary Forces, also known as the “Harlem Hellfighters.”

While on night sentry  Johnson and a fellow Soldier were ambushed by a German raiding party consisting of at least 12 soldiers. While under intense enemy fire and despite receiving significant wounds, Johnson mounted a brave retaliation resulting in several enemy casualties. When his fellow soldier was badly wounded,  Johnson prevented him from being taken prisoner by German forces. Johnson exposed himself to grave danger by advancing from his position to engage an enemy soldier in hand-to-hand combat. Displaying great courage,  Johnson held back the enemy force until they retreated.

The century-delayed honors for both men are the result of what many feel were a racial bias for those awarded the nation’s highest medal.