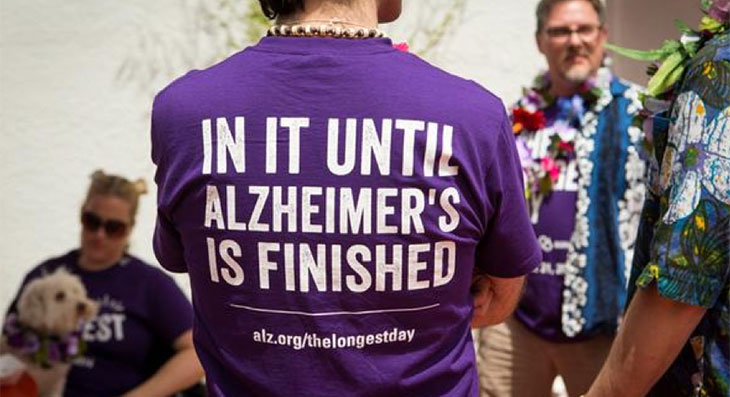 Alzheimer’s disease is thought to be “an old person’s disease” and while it is true that age is the greatest risk factor for developing the disease, another risk factor is putting the military at increased risk of developing dementia. While the aging Veteran population is at risk for developing dementia by fact that they are getting older, Servicemembers and young Veterans are also at increased risk. The effects of modern war, impact of head injury, post-traumatic stress disorder and other related factors war related factors such as chemical exposures, lifestyle risks and chronic medical conditions can contribute to the increased risk over their lifetime.

Alzheimer’s & Dementia: The Journal of the Alzheimer’s Association published a special issue in June 2014 focusing on research compiled on military risk factors for dementia. The outcome of modern military conflicts has focused on brain injury and brain health due to the impact of improvised explosive devices in Iraq and Afghanistan and the quarter million cases of mild traumatic brain injury since 2000.   Based on this research conducted, there is a connection between TBI, PTSD, other military-related factors and risk of cognitive decline and dementia. However, the exact connection is still being researched.

to SUPPORT ALL THOSE FACING ALZHEIMER’S

Worldwide, 47 million people are living with Alzheimer’s and other dementias.
Help turn the world purple. Commit to raising awareness in June for Alzheimer’s & Brain Awareness Month at alz.org/pledge.