Pride comes from having served 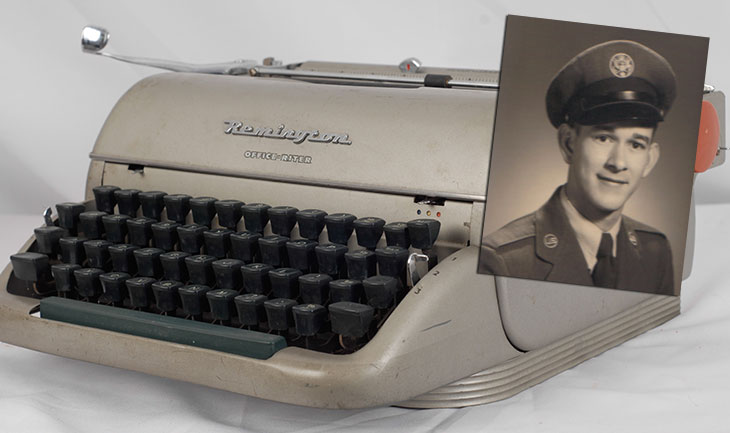 It’s May, and on Memorial Day we will pay tribute to those military members who died in service to this Nation. It’s also my anniversary month in the Air Force, and by the end of it, I will have served 29 years. A long career serving, but not “heroic” in any way; however, between the holiday and my anniversary date, I’m reminded of a lesson I learned a long time ago that I would like to share with those Veterans who continue to serve this nation in VA.

My father, an Air Force and Korean War Veteran, lied to me when I was a kid. Well, it was more of an exaggeration of the facts. Maybe he was trying to be funny. He had a fun sense of humor. Or maybe he was a little embarrassed at the time. I was probably in second grade when I asked my dad what his job had been in the war. I had seen black and white photos of him posing in the middle of a wintry U.S. compound in Korea in his long overcoat and helmet as he shouldered an M-1 rifle. It all looked pretty cool to me. His reply was that he was a “Remington Raider.” I didn’t know what that meant. He didn’t go into any detail. I just knew Remington was a brand of weapon, and a raider was one of those guys in the movies who were always part of a smaller unit swiftly attacking an enemy.

I bragged to my friends about this. They thought it sounded just as cool as I did. Then, when I was about 12 years old, I came across his old ribbons and decorations. There were a few, but not as many as I expected for a Remington Raider who went to war and spent 9 years on active duty and in the Air Force Reserve. I finally asked him to be more specific about his service. Then he broke it to me: he was a clerk typist. Remington was also a brand of typewriter. That was the job the Air Force gave him.

I didn’t really know what to say. I just said OK, and we both laughed about it. It was kind of funny and clever, but for the rest of my younger years, I would only say, with pride, that my dad served in the Korean War. Thinking hard about it, he didn’t lie to me at all. I think he didn’t tell me the whole story at first because he wanted me to be proud of him, so he gave his job what he thought might be a cool name. I don’t think I was any less proud of him. He was always my hero in a lot of ways.

As I got older, we had our times of separation. My parents divorced, and my dad and I didn’t see each other as much. It wasn’t until I had my own family that we became even closer than before. In September 2002, I was in my hometown in Oklahoma for my grandfather’s funeral. My grandpa was my mother’s father, and I was very close to him, so I was down. I visited my dad, too, with all that was going on. We spent the day together talking and watching TV. He shared his pork and kraut recipe with me, and we talked about a lot of things, including the Remington Raider story, and I remember telling him I was proud of him regardless of what he did in the Air Force.

It was almost a month to the day that I frantically flew back to my hometown to go to an intensive care unit where my dad was lying. He was suddenly having complications from an illness, and his body was starting to fail. He couldn’t talk because of an air tube down his throat, and he was also on a ventilator to help him breathe. He wouldn’t let anything be done until I got there. He slept most of the time for the next 2 days, but there was a period of about 30 minutes when the rest of my family was out of the room that he was awake. We had hope, but I think we all knew what was coming. I stood by his bed and held his hand and asked him if he was scared. He shook his head no. In his eyes I could see how brave he really was. That’s how he remained until the end.

I have the lesson of my father to know that I could call my active duty and Reserve days as a public affairs specialist and historian something cool. However, I know that the millions of Veterans past and present sacrificed to serve this nation, no matter what their jobs were. We “Remington Raiders” should be proud because we served. I don’t equate my military career even closely to that of those combat Veterans and wounded warriors out there, but I do hope that when my career comes to an end that my sons will be as proud of me as I remain proud of my dad.

Gerald Sonnenberg is a senior marketing and communication specialist for VA’s Employee Education System and a U.S. Air Force Veteran.