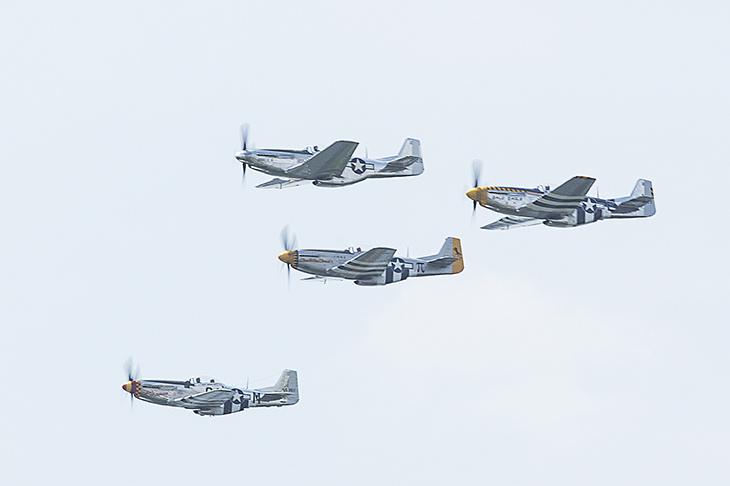 The Arsenal of Democracy flew its vintage aircraft in a World War II Victory Capitol Flyover above the National Mall to commemorate Victory in Europe (VE) Day’s 70th anniversary on Friday, May 8.  It was reminiscent of the United States military might in the skies over Europe at the end of World War II.  The flyover included formations representing major battles in both Europe and the Pacific, including Pearl Harbor, the final assault on Japan and a missing man formation to honor the fallen.  Hundreds of Veterans were gathered at the World War II Memorial to view the flyover.

On Memorial Day, we honor the more than 405,000 Americans service members who died during World War II and more than 600,000 who gave their lives in all of the other wars to preserve freedom and democracy at home and around the world.

The video of the flyover was produced by VA’s Employee Education System.  Check out the VA Flickr album for photos of the flyover.