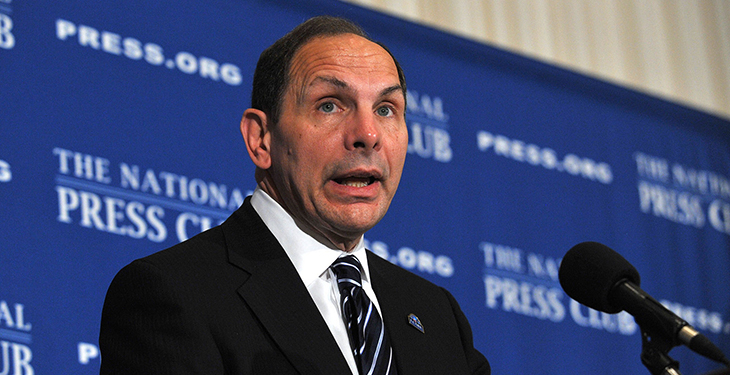 Secretary of Veterans Affairs Bob McDonald made the following statement regarding the construction of the Denver Replacement Medical Center in Aurora, Colorado:

The delays and costs overruns that have plagued the Denver Replacement Medical Center campus are inexcusable – on that, we all agree.

And, on behalf of Veterans, I want to work with Congress in productive ways to repair mistakes made years ago by VA officials.

But the truth of the matter is without immediate Congressional action prior to returning home for the Memorial Day holiday recess, construction on the Denver Replacement Medical Center in Aurora will shut down Sunday, grinding to a halt as Kiewit Turner demobilizes its team of contractors and sub-contractors.

Despite all of this work, the Congressional leadership has not acted on reasonable offers.  In fact, as late as Monday, I asked Congressional leadership to work with VA to find a way to continue construction and prevent this shutdown.  Specifically, I asked that we increase authorization for the project an additional $200 million beyond the current cap of $800 million and that VA be allowed to repurpose and reallocate our FY 2015 funds.

I have provided multiple proposals to the Congressional authorizing committee as to how we can complete this campus for Veterans.  The options were rejected and the result has been inaction.  Our Veterans deserve better than that.  I have presented a plan.  Congress has not proposed a counter plan.  I am open to reviewing any proposal that would better serve the Veterans of Colorado and the American taxpayers.  If Congressional leaders choose not to support VA’s proposals, or choose to offer feasible solutions of their own, then they will be punishing Colorado Veterans today for past VA errors.

Let me be clear. Inaction by Congress will punish the nearly 400,000 Colorado Veterans and families that Aurora will serve – as well as taxpayers across the Nation.

This shutdown can be avoided. I am confident that Congress can yet act in the best interest of Veterans and their families and work with VA to finish Aurora.

I strongly urge Congress to stand for Veterans this week and act now to prevent a shutdown of the Denver Replacement Medical Center in Aurora. We at VA remain committed to work with Congress on this and many other challenges and opportunities as we transform VA into the Veteran-centric, customer-service oriented organization Veterans have earned and deserve.