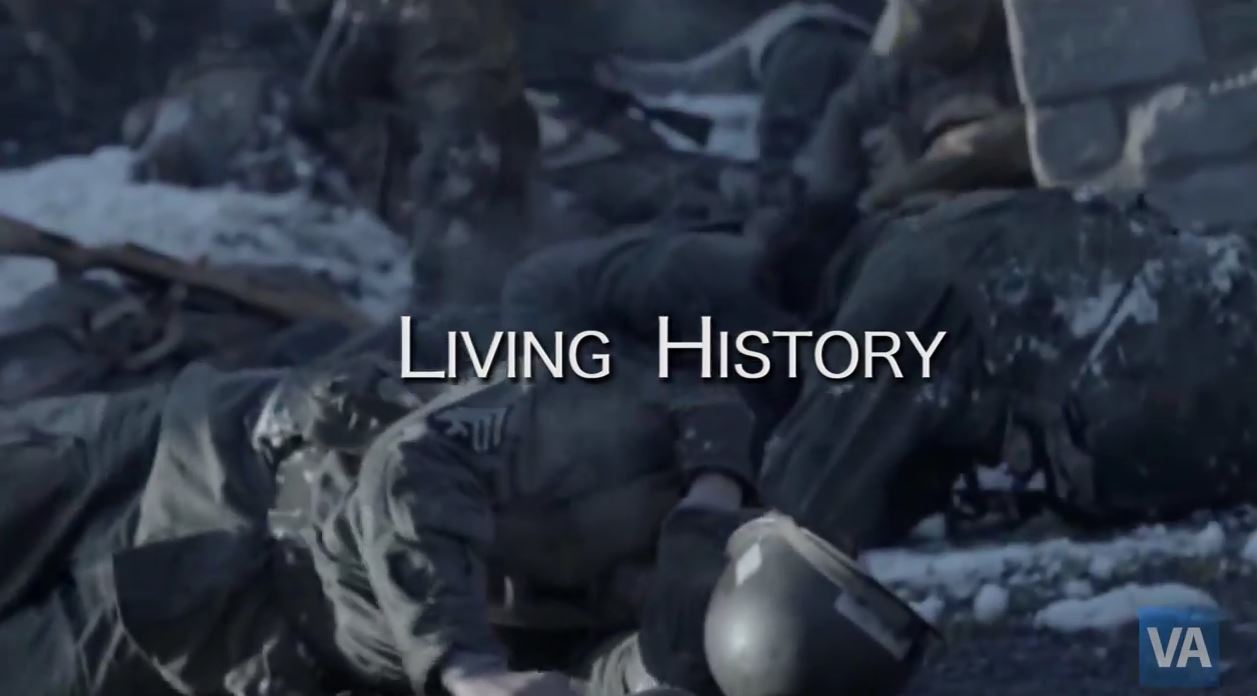 Seventy years after the end of WWII’s Battle of the Bulge, the U.S. Department of Veterans Affairs sat down with Veterans who were there to listen to their stories. Living History is documentary-style web series where Veterans of different wars and generations discuss their experiences before, during and after war with each other.

The first web series features four American Veterans who fought and lived through World War II and the Battle of the Bulge. They met in November 2014 in the WWII History Room at Ft. Meade, Maryland. Surrounded by personal artifacts, uniforms and military memorabilia, they reminisced about their younger days and the brutality of the Ardennes campaign.

Special thanks to the band Carbon Leaf for use of the song “The War Was in Color” as the opening theme for Living History: Battle of the Bulge. Thanks, also, to Synthesis Production for the use of their footage from the December 2014 reenactment of the battle in Recogne, Belgium.