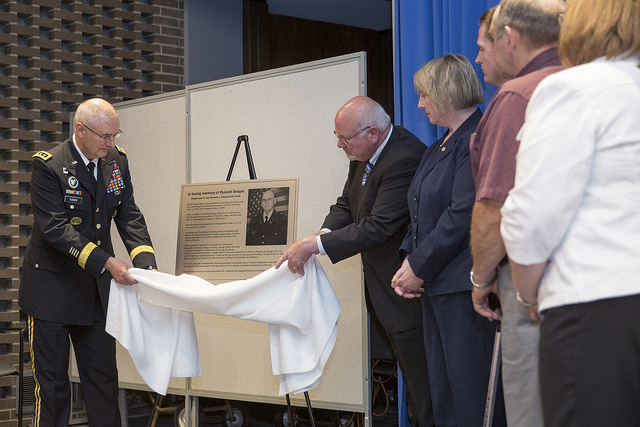 The Milwaukee VA Medical Center held a Purple Heart ceremony last week for one of their nurses tragically killed during the 2009 attack at Fort Hood, Texas.

Seager, a captain in the Army Reserve, was killed in the Nov. 5, 2009, terrorist attack at Ft. Hood while preparing to deploy with his unit to Afghanistan. Another soldier opened fire, killing 13 and wounding 31 others.

Seager and the other Ft. Hood shooting victims became eligible for the Purple Heart because of a rider in the 2015 National Defense Authorization Act that expanded eligibility for those killed or injured as the result of an attack inspired by a terrorist group.

The Army held a ceremony April 10 at Fort Hood for those injured and killed, which the Seager family was not able to attend. They requested a ceremony at the Milwaukee VA.

Seager, was a nurse practitioner who specialized in primary care and mental health treatment in the Milwaukee VA’s Red Clinic.

Gary Kunich is the Public Affairs officer at the Milwaukee VAMC.