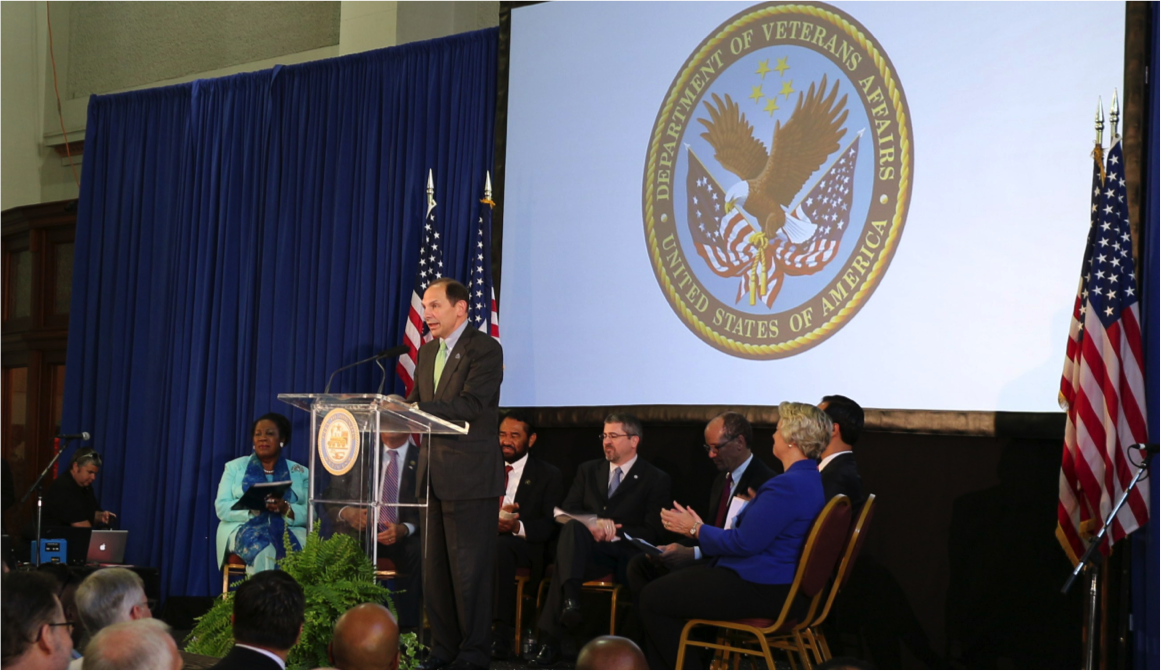 Houston Mayor Annise Parker announced yesterday that the city has effectively ended chronic Veteran homelessness. She was joined at an event attended by the secretaries of the Departments of Housing and Urban Development, Veterans Affairs and Labor, and the Executive Director of the U.S. Interagency Council on Homelessness.

Houston, which is home to the 2nd largest Veteran population in the country has cut Veteran homelessness in half since 2012 by bringing all available city resources together through a program called The Way Home.

Following the announcement in Houston, the secretaries and director headed to Tucson, Arizona to learn from the success that the city is having addressing Veteran homelessness. The tour spent the afternoon with Tucson Mayor Jonathan Rothschild and spoke with Veterans at the local county employment center.

The tour continues today with the Mayors Challenge to End Veteran Homelessness in Las Vegas, Nevada, to continue their assessment of Veteran homelessness on the ground.

Two cities down! Tomorrow we talk w/ local leaders in #lasvegas about what it means to be all in to #endvethomelessness