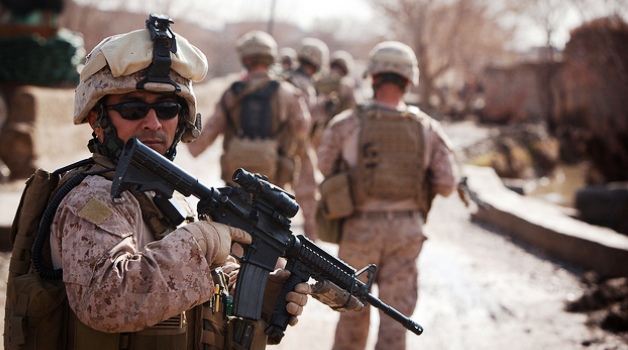 When PTSD is discussed, it always seems to be about treatment–after the wounds have been made. From medication to group therapy and now adventure therapy, the means to cope follow weeks, months and often years after traumatic events, when the damage has already been done.

Four years ago, when my platoon lost a soldier in Iraq, it wore us out. It felt like we aged a decade in one morning. But instead of wallowing in pity, we kept going on missions, we kept laughing, and most of all, we kept together. Home might as well been on another planet, so we couldn’t rely on families or wives or girlfriends. It had to be one another, and the buy-in had to be absolute. When the fighting intensified, no man faltered or broke down in the face of the enemy. I credit that to how we dealt with stress and mental fatigue before it manifested itself in serious ways.

The Marines have taken that informal theory and transformed it into a common sense practice in Afghanistan. From The Wall Street Journal:

That moment, and those that followed, epitomize the new approach to combat stress that the Marine Corps wants to institutionalize. Faced with a wave of mental-health problems among returning troops, the Corps is training young Marines—down to corporals and sergeants—to sniff out combat stress among their peers on the front lines and tackle it directly on the field of battle.

Check out the whole article. Do you think this training will help curtail the growing problem of post-traumatic stress?