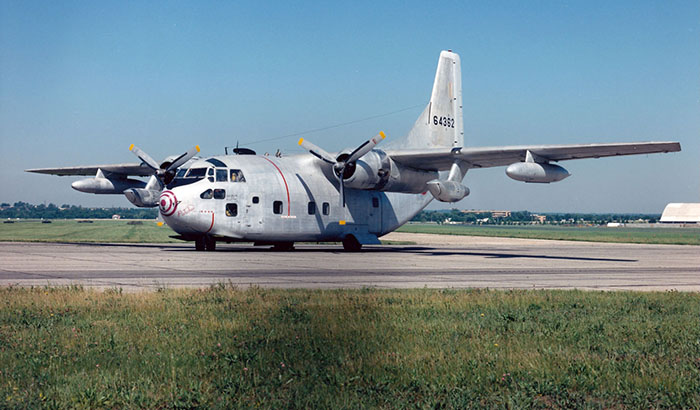 VA today published a new regulation that expands eligibility for some benefits for a select group of Air Force Veterans and Air Force Reserve personnel who were exposed to the herbicide Agent Orange through regular and repeated contact with contaminated C-123 aircraft that had been used in Vietnam as part of Operation Ranch Hand (ORH).

VA published this regulation as an interim final rule so that it could immediately begin providing benefits to eligible Air Force veterans and Air Force Reserve personnel who submit a disability compensation claim for any of the 14 medical conditions that have been determined by VA to be related to exposure to Agent Orange.

VA Secretary Bob McDonald made the decision to expand benefits following receipt of a 2015 report by the National Academy of Sciences Institute of Medicine (IOM) on Post-Vietnam Dioxin Exposure in Agent Orange-Contaminated C-123 Aircraft. This VA-requested report found evidence that as many as 1,500 to 2,100 Air Force and Air Force Reserve personnel who served as flight, medical and ground maintenance crew members on ORH C-123 aircraft previously used to spray Agent Orange in Vietnam were exposed to the herbicide.

“Opening up eligibility for this deserving group of Air Force veterans and reservists is the right thing to do,” said McDonald. “We thank the IOM for its thorough review that provided the supporting evidence needed to ensure we can now fully compensate any former crew member who develops an Agent Orange-related disability.”

Under this new rule, Air Force and Air Force Reserve flight, medical and ground maintenance crewmembers who served on the contaminated ORH C-123s are presumed to have been exposed to herbicides during their service, thus making it easier for them to establish entitlement for some VA benefits if they develop an Agent Orange-related presumptive condition. In addition, for affected Air Force Reserve crew members, VA will presume that their Agent Orange-related condition had its onset during their Reserve training. This change ensures that these reservists are eligible for VA disability compensation and medical care for any Agent Orange-related presumptive condition, and that their surviving dependents are eligible for dependency and indemnity compensation and burial benefits.

VA also has identified several active duty locations where ORH C-123 aircraft may have been used following their service in Vietnam. Active duty personnel who served in a regular USAF unit location where a contaminated C-123 was assigned and who had regular and repeated contact with the aircraft through flight, ground or medical duties during the period 1969 to 1986, and who develop an Agent Orange-related disability, also are encouraged to apply for benefits. For more information on applying for these benefits, including the affected units, Air Force Specialty Codes and dates of service for affected crew members, and a listing of Agent Orange-related conditions, visit http://www.benefits.va.gov/compensation/agentorange-c123.asp.

In order to avoid unnecessary delay of benefits, claimants should annotate “(C-123)” after each Agent Orange related disability in Part II, Block 14 of VA Form 21-526 or Section I, Block 11 of VA

Form VA Form 21-526EZ when filing on eBenefits. Example: Diabetes (C-123). If claimants have any of the following documents, they should be attached to their application:

VA will process all claims related to C-123 exposure at the St. Paul, Minnesota, VA Regional Office.  Claims not filed through eBenefits should be mailed to the following address (or faxed to 608-373-6694):