This Navy Veteran refuses to let his wheelchair define him, competes at National Veterans Wheelchair Game 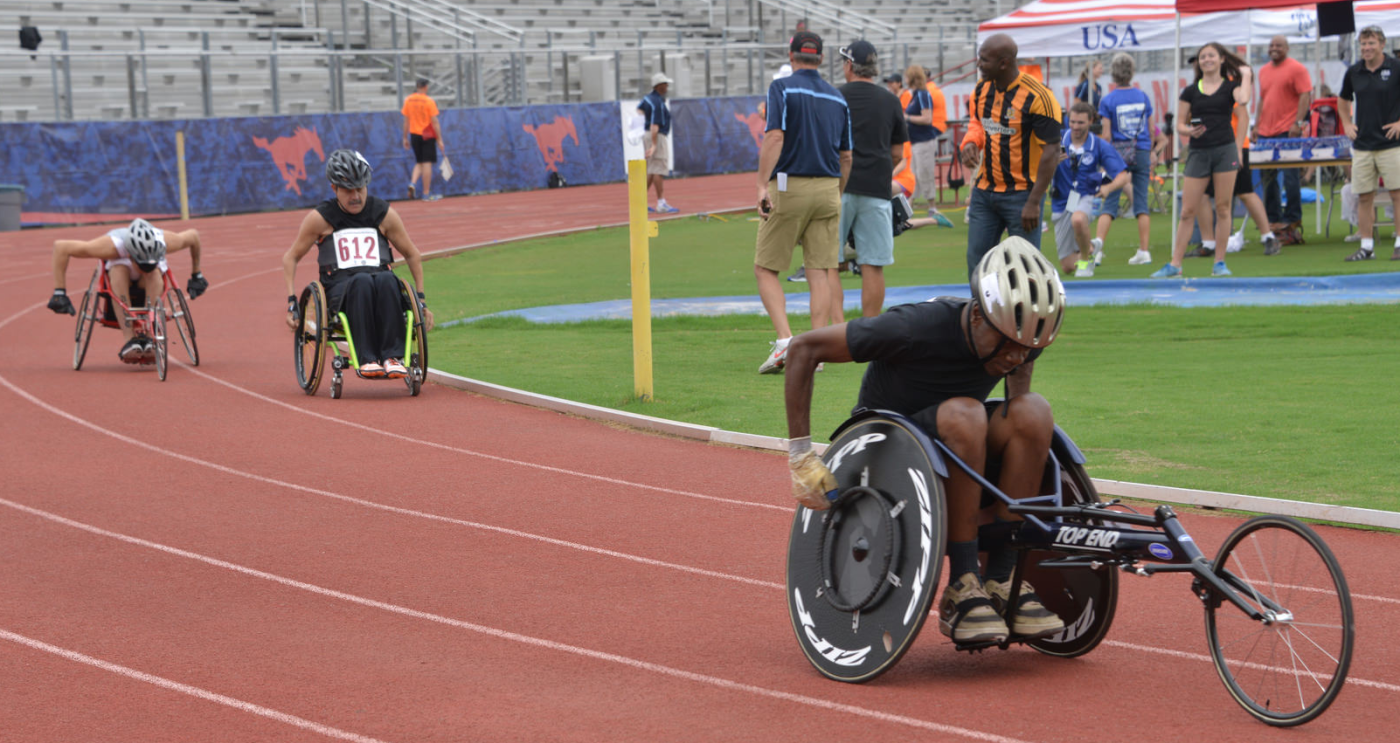 Robbie Green from Athens, Texas is a familiar face at the Wheelchair Games. This is Green’s fifth year, and his plan is to sweep all gold when he competes in the 100m, 200m, 400m and javelin.

It’s tough to keep Green down. A routine trip to the barber shop in 2008 left him in a wheelchair after a fall, hitting his head on a chair. At that moment, his life was drastically changed. “I refused to let the chair define me,” said Green. Within two years, he participated in his first National Veterans Wheelchair Games and said, “This is one of the times where you don’t think about the chair. When you first walk in during the opening ceremony, you feel alive. For the next seven days, you can put all your problems aside.”

Green was on the track at Southern Methodist University in Dallas on Monday getting ready for his meter runs when he was selected for a special presentation. SFC Dana Bowman, former Special Forces and member of Army’s elite Golden Knights Parachute Team, was scheduled to make a grand entrance, parachuting onto the field. Unfortunately, the helicopter jump was cancelled by the FAA due to low cloud ceiling, but Bowman wanted to meet some Veterans and thank them for their service. Green was presented a commemorative coin during a brief ceremony where SMU sports director Rick Hart and VA North Texas assistant director Jennifer Purdy were happy to welcome athletes to Dallas.

Green is also a familiar face at Dallas VA. When he’s not working, he volunteers at the medical center where he encourages other Veterans to always stay positive no matter the circumstances.

This article was contributed by VA’s Adaptive Sports program in conjunction with the National Veterans Wheelchair Games.