Home / Employment, Top Stories, VA Careers / What you need to know about job-seeking

What you need to know about job-seeking 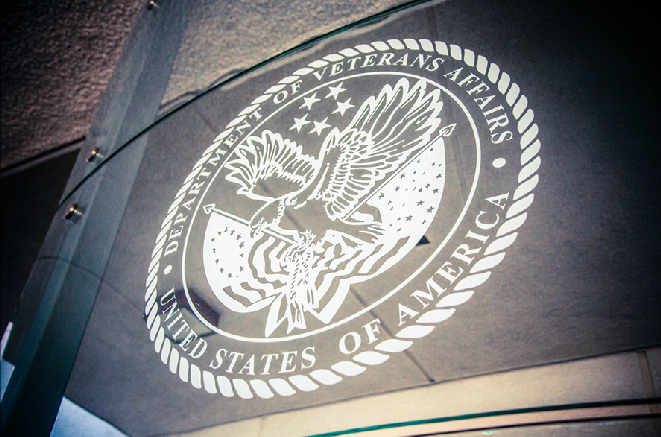 As a retired soldier, I did not have a lot of experience in job-seeking in the traditional sense. I did, however, network to gain my desired locations and positions for most of my career. In 1983, I learned of the Guaranteed Station of Choice (GSCO) Option. As a 17-year-old boy, I thought I’d look cool wearing a beret jumping out of planes, so I asked to serve at Ft Bragg, N.C., home of the 82nd Airborne Division. I had never even been on a plane at the time I made that decision. It turned out that I would serve as a “Computer Operator”, something called a Fire Support Specialist (13F), FiST, Forward Observer; you know… real techy stuff.

It was sweet, jumping out of planes, carrying a ruck sack FOREVER, rapid deployments. I learned that GSOC was for only 12 months. At 15 months, I was reassigned to Panama. That caught me off guard. Everyone I knew headed to Egypt for a 6-month Multi-National force and Observer (MFO) rotation and I headed to Central America. Turns out the Army was plus-ing up an Airborne Company to a Battalion size (Rakkasans) and needed new soldiers, specialists and non-commissioned officers, so they pulled experienced soldiers from Ft Bragg.  I learned about involuntary extension policies at the end of my tour and was politely told I would be spending a few extra months in 1988. Since they needed me so badly, I requested to stay another year, but I was denied that request; they didn’t need me. When I received my orders, I was stunned that it read Ft Campbell, KY. So I was off to Air Assault School for something I had been doing for years; rappelling and marching. At least I got another set of wings.

I adjusted well to another rapid deployment unit. So you can imagine my surprise when I was voluntold for recruiting duty. “Nooooo!!!!!” I tried everything to get out of that…to no avail. I was shipped off to Indianapolis to live in a hotel, wear Class B uniforms and learn to be “civilian”. Recruiting duty was to last three years. I thought, “Okay, it is time to take the ‘bull by the horns’. If I have to live like a ‘civilian’, I want to do it in Texas, close to home.” So I learned the word “networking”. I began talking to the instructors, all long time recruiters with contacts. I asked them where the best locations to be successful are, how Texas recruiting was and most importantly, how do I make it happen. I was told, honor graduate gets their first choice. Translated, that means “most qualified”.

Long story, short, I started recruiting in Mesquite, TX. I then decided I wanted to run a recruiting station rather than be a recruiter. I worked out a deal with the Battalion Commander, and after completing the Station Commanders course as honor graduate I moved to Denton, TX. Sometimes a path is about timing. In 1995, I learned of an opening for Special Forces recruiting. I did some research and located the First Sergeant and introduced myself. He decided I would be better suited at Ft Campbell serving with 160th Special Operations Aviation Regiment -SOAR (A). I could not have agreed more. It was likely this position that got me my First Sergeant diamond.

No sooner than I heard that I had made the E-8 list, my old 1SG called me offering me to work for him again running one of his companies. Demonstrating prior success is an indicator of future success. My next position was offered to me as well, to train those that would come behind me.

I never really conducted a job search when I retired. I was recruited. The last year, I was trained, introduced and groomed for my next position as a Senior Executive in a Recruitment organization. Specifically, I was recruited for my demonstrated success and leadership experience. I lived within the walls of the company, rarely did I meet peers, mentors or attend learning opportunities.

Eventually, as most of us do, I imagine, I became a job seeker in 2008. After reviewing my resume, my education, my experience and my desires, I began a “fairy tale” job search. This time, I had so much experience that I was going to hold out for the perfect job, just down the street from my house to avoid any unnecessary commuting. I had my must-haves — in the same town, more money, etc,  I was very picky on what I applied for, and I applied thinking I was perfect for the job and they would be lucky to have me. I had a quality resume, I was complimented on the format often. I visited my County Veteran Service Officer and he told me what was missing. Education. My experience far out-weighed my education.  Most of my competition has experience AND education. He then informed me of Veterans Preference. I began applying to everything. I could do it all. As time went by, my “must-haves” decreased and I was open to about anything, anywhere. I had never been in a position of not being recruited before. Now, there were others “more qualified” than I. I think not!

I became frustrated. Job seeking consumed my mind. I began studying, researching and educating myself on best practices. I applied for college and developed a realistic plan of how I was actually improving my education and skills. I attended job fairs, interviews when available and critiqued each one to learn how I could improve. I also learned the federal hiring process is different than private sector. But, I also learned that each Agency, and each private company is different as well.  I adapted my strategy as I learned to be more effective with my time.  I stopped sending the same resume for every position and I spent more time on each application that better demonstrated why I was the best person for that position. If I honestly would not hire me among 100 other applicants, I did not rely on chance. That is how I found, applied for, interviewed and accepted my current position in New Orleans, LA. When I read the job description to a mentor, he stated there was probably not a single other person that would be a better fit. It was as if all my past positions prepared me for this one.

Are you applying for the “right” positions, the “correct” way?

In May 2008, Darren Sherrard was appointed as the Associate Director of Healthcare Recruitment and Marketing (HRM) at the Veterans Health Administration (VHA) Workforce Management and Consulting office (WMC). As Associate Director, Darren oversees VHA’s national recruitment marketing campaigns inclusive of television commercials, print and online media, and recruitment marketing sites. He leads a diverse marketing team representing VA Careers’ website, social media sites, and VHA recruitment events. Darren coordinates strategies, campaigns and effective approaches to carry out HRM’s mission of “driving qualified candidates to VACareers.va.gov.” Prior to joining VHA, Darren was Chief Operating Officer of a healthcare staffing firm which he modernized from a small regional company into a thriving national corporation. Darren served 20 years in the U.S. Army; 13 of which were spent in recruiting. During that time, he was known for his ability to transform low performing organizations through training, motivation and ability to develop and provide needed recruitment tools. Darren is devoted to finding the best talent to provide the best care for our Nation’s Veterans.