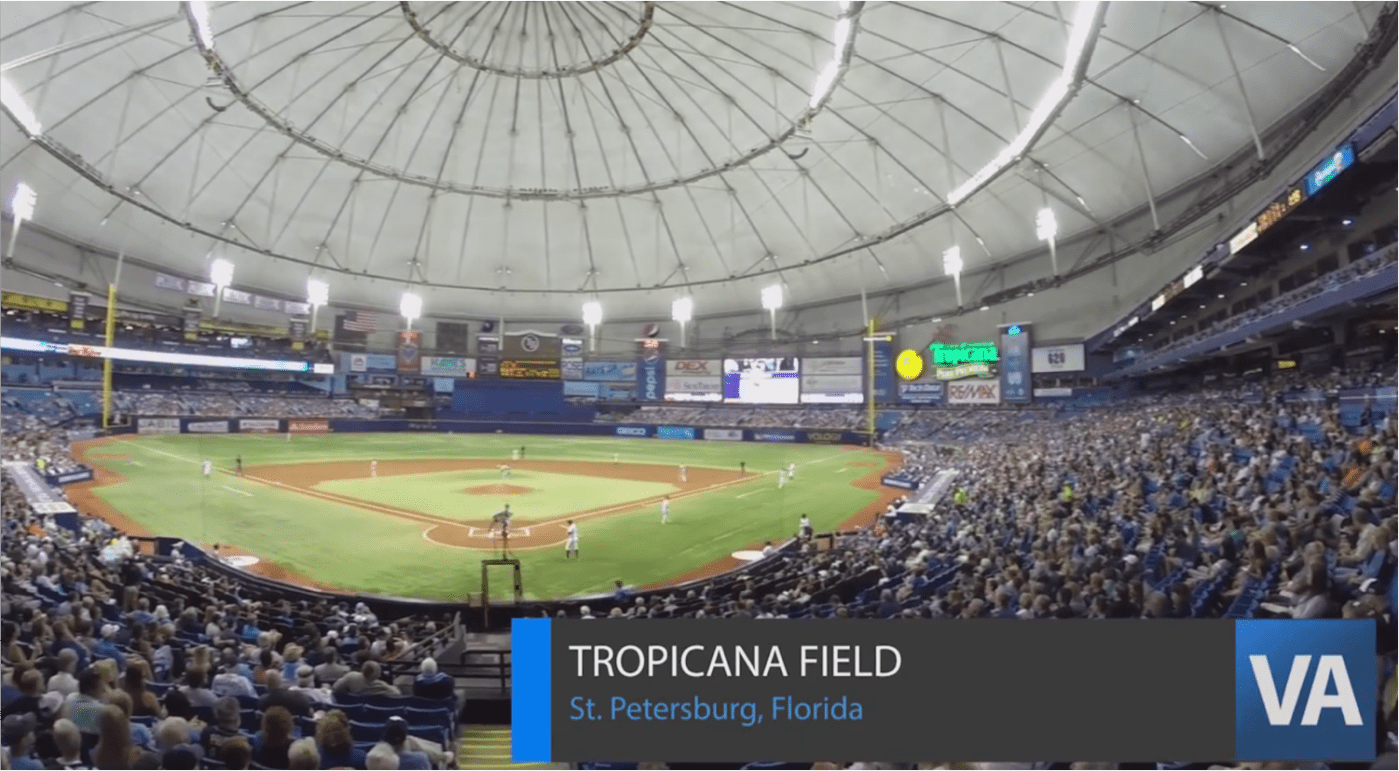 It’s not every day you see Rolling Thunder rounding a baseball diamond on their motorcycles,  but this was no ordinary game. The Tampa Bay Rays and the local Veteran community dedicated the “Rays chair of honor” – a new seat at Tropicana Field dedicated to the remembrance of military prisoners of war and those missing in action.

“It’s a great thing for us to be able to do and shed some light on the sacrifices that our military has made,” said Matt Silverman, Tampa Bay Rays’ President of Baseball Operations. “We were very eager to able to provide this honor and permanent structure here at Tropicana field.”

Several former POW were present for the dedication, including Andrew Hines, who served in the U.S. Army Air Corps and was taken prisoner in Germany after his aircraft was shot down over Hungary. He was liberated in 1945.

Tropicana Field is the third Major League ballpark, joining Fenway and Citizens Bank Park, to reserve a chair for Veterans still missing in action and those who were prisoners of war.