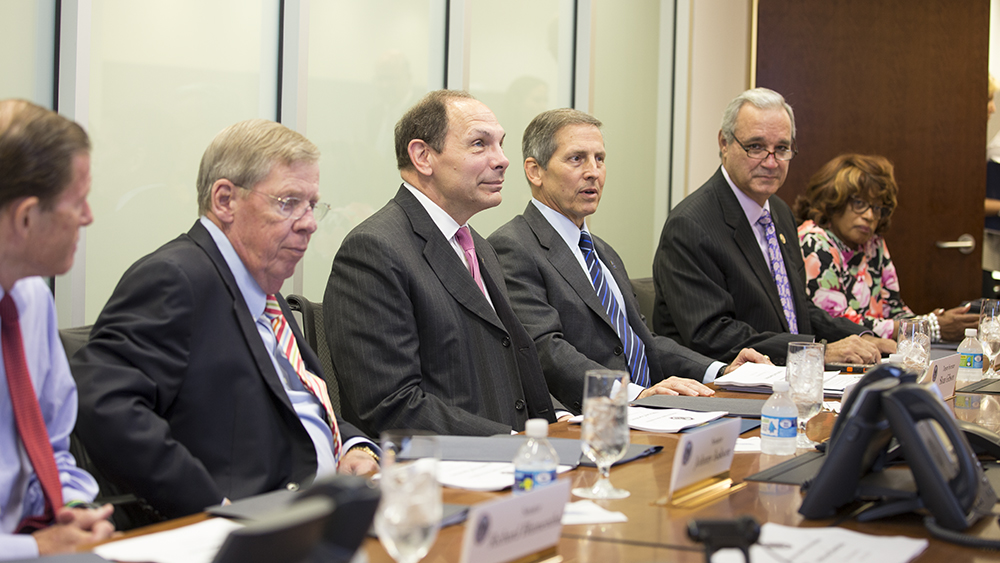 Over the past year, the Department of Veterans Affairs has hired more medical staff, extended office hours and boosted productivity in order to provide Veterans greater access to care.

Nationally, VA completed more than 56.2 million appointments between June 1, 2014, and May 31, 2015 — 2.6 million more appointments than were completed during the same time period in 2013-2014. VA also made more than 3 million authorizations for outside care.

Veterans are responding to these efforts to increase access by coming to VA for more care, and VA is committed to working with Congress to meet that increased demand.

This morning, the chairmen and ranking members of both the House and Senate committees on Veterans Affairs met with VA leadership to discuss the growing demand and increased access to care.

“It is essential that Congress pass legislation to provide the requested budget flexibility by the end of July 2015,” he wrote. “This is necessary to replenish critical operations funding that VA had to reallocate from other medical services programs to sustain Care in the Community, after those funds were depleted … if these program funds are not restored, VA will face shutting down hospital operations during August 2015.”

VA has requested from Congress the ability to amend the Choice Act to use up to $3 billion of Choice Program funds to meet Veterans Demand for Care in the Community, of which no more than $500 million could be used for Hepatitis C treatment.

Providing More Care in the Community