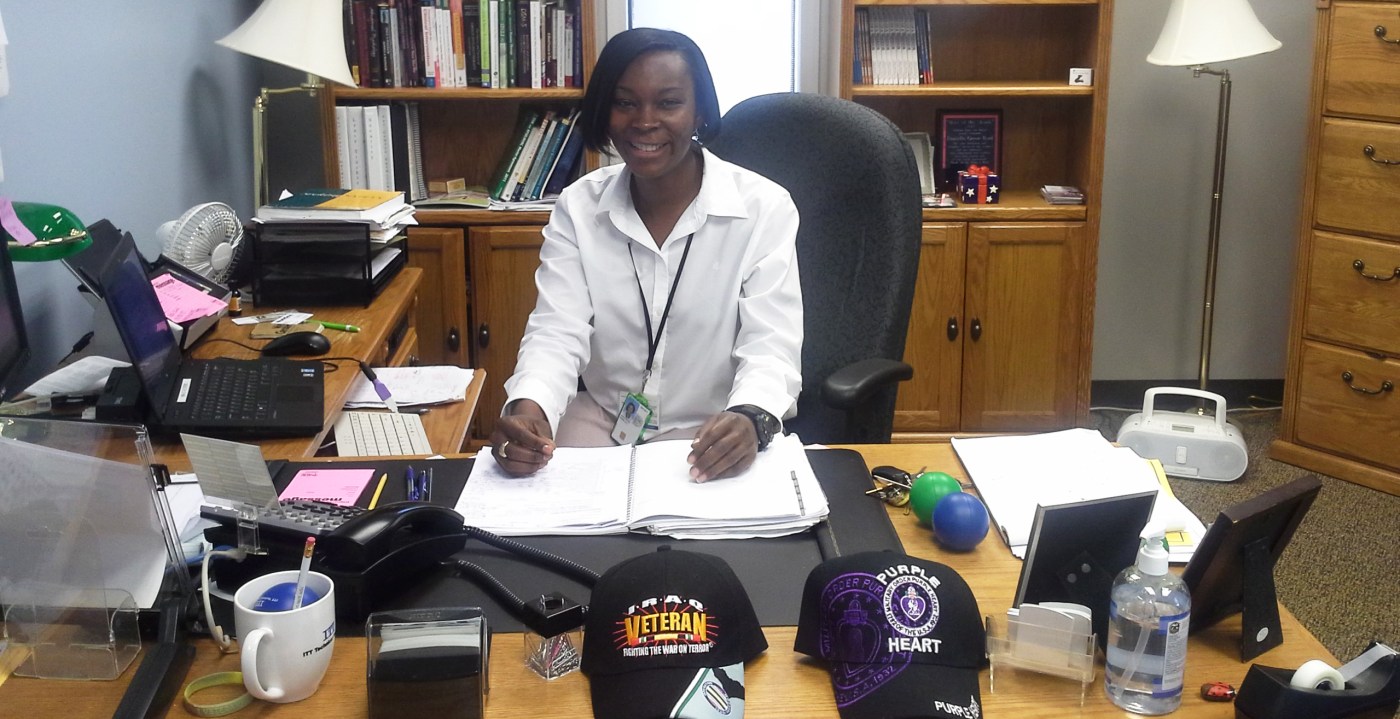 This article is cross posted from WeAreTheMighty.com.

Danielle Green learned how to be tough while growing up on the mean streets of Chicago. That outlook served her well during her intercollegiate basketball career at Notre Dame in the late ‘90s where she fought to win and racked up enough points to become the Fighting Irish’s sixteenth leading scorer of all time.

But it wasn’t until Green enlisted in the Army that she was made to discover just how tough she really is. She deployed to Iraq in January of 2004 with the 571st Military Police Company. Shortly into that tour she was hit by shrapnel from an RPG that exploded next to her while she was pulling sentry duty on a rooftop in Baghdad.

“That pain was like nothing else,” Green said. “It was so painful I wanted to die.”

Green lost her left arm halfway between the wrist and elbow. After extensive surgeries and rehab, she had to face the reality that her military career was over. “I gave all I could give,” she said. “I realized I wanted to serve in a different way.”

She attended graduate school and studied to be a school counselor, and at some point between getting her degree and her job search a friend suggested she focus on helping service members with the issues that surround the move back to civilian life. “That’s my purpose,” she said. “That’s my mission.”

Green now works for the U.S. Department of Veterans Affairs as a readjustment therapist at the Veterans Center in South Bend, Indiana. “It’s how I can continue serving my fellow veterans,” she said.

Last week Green was honored with the 2015 Pat Tillman Award for Service at ESPN’s Espy Awards held in Los Angeles.

Marie Tillman, president and co-founder of the Pat Tillman Foundation and Pat Tillman’s widow, said Green was selected for the award because of her resilience and personal efforts that have made her “a voice and advocate for this generation of veterans.”

Ward Carrol is the editor-in-chief of We Are The Mighty. He brings a rich background in military, media and entertainment to WATM.  His 20-year Navy career, that included tours in a variety of F-14 Tomcat squadrons and the U.S. Naval Academy (his alma mater), was followed by a nine-year stint as editor for Military.com.  His writing has appeared in numerous media outlets, and he’s also the author of five published works, including the groundbreaking Punk’s War trilogy.  He has served as technical adviser for military-themed films, including Hunt for Red October and Flight of the Intruder.  Ward is also an accomplished musician who has worked with the likes of Steve Morse and Cheap Trick.