Home / Health / From MST Victim to Survivor: One Woman’s Story

From MST Victim to Survivor: One Woman’s Story 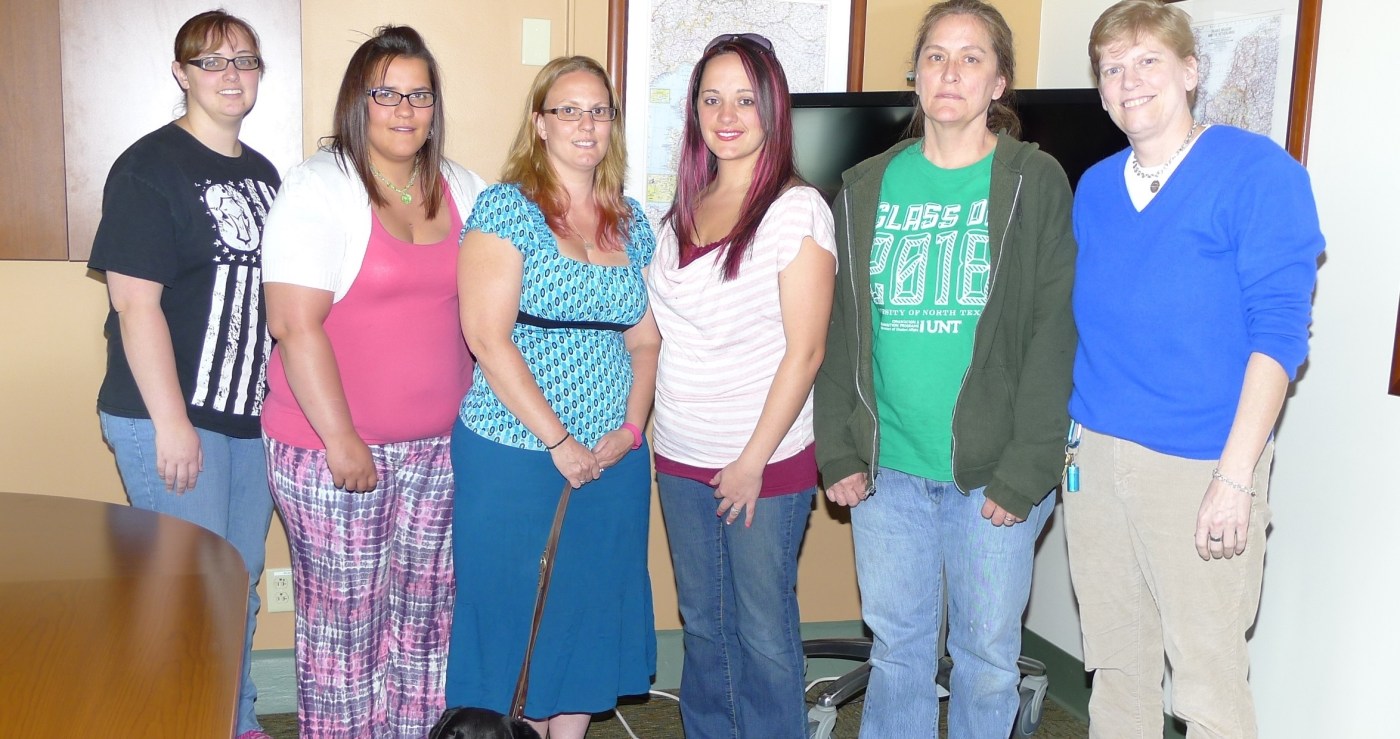 Jessie Truitt had finally landed her dream job. She was 23 and working as an Army recruiter in DuBois, Pa., right in her hometown area. Diligent, conscientious and hard-working, she was named Top Reserve Recruiter for the Pittsburgh Recruiting Battalion in 2005.

In May of that year she and her husband celebrated when they learned she was pregnant. Three months later, in August, she was raped by her station commander.

“I had to see that man every day of my life for the next four months, until the Army approved my discharge,” Truitt said. “I felt alone. I felt ashamed. For the next six years, I didn’t tell a soul what had happened to me.”

During those six years she gave birth to two daughters, earned two bachelor’s degrees and one master’s degree and held down two jobs — a full-time position with the VA and a part-time one with the Department of the Army.

“I remember bits and pieces of those years,” she said, “but I don’t have any real memories. I was on autopilot, simply going through the movements of life and not really living it. Then, in 2011, I decided to step up and tell my story. I decided I wanted my life back.”

She told her husband what had happened to her. She told her best friend. She told her dad and the rest of her family. Then she headed for the VA in Butler, Pa. to get help.

“My therapist told me that recovery would be a lifelong process and that it was possible for me to get my life back,” Truitt said. “She told me it wasn’t my fault. She told me I shouldn’t be ashamed of what happened to me.”

“One of the biggest things we offer is hope,” said Dr. Rowan Flamm, Truitt’s therapist at the Butler VA. “I tell my patients that healing is neither fast nor easy. But it can be done. I tell them it’s a process, a learning journey, and to just stick with it. I also tell them that healing doesn’t always have to be painful.”

Flamm, a clinical psychologist, said she decided to form a military sexual trauma therapy group because she felt her patients needed more than just a weekly counseling session. They needed comradery.

“A lot of the women I was seeing in individual therapy told me they were feeling alone and isolated,” she said. “I realized we just didn’t have any kind of support system outside of the individual therapy, so I thought a group situation would be helpful. I wanted to offer my patients a place where they felt safe, a group that would support them.

“My experience with this group has been amazing,” said Jessie Truitt. “We have made instant connections with each other. This group of women has given me strength. With them by my side, I truly know I am not alone.”

That’s exactly what Flamm was hoping for.

“The group becomes your support, your connection to other Veterans who ‘get it,’” the psychologist explained. “Just as combat Vets ‘get’ each other, so do survivors of MST. We have six women who attend on a regular basis and two others expected to join. They all support each other. And if someone doesn’t show up for the group and they don’t call, we call them to make sure they’re okay.”

Flamm said MST affects everyone in different ways. “A lot of it depends on who your attacker was,” she observed. “Did a stranger attack you? Or was it your supervisor—someone you had to see every day? Was there just one attack, or multiple attacks over time? Was it just one attacker, or a gang of them? Everyone’s trauma is different, and everyone deals with the aftermath in different ways…

“For example, I have one woman in our group who’s gone from full-blown PTSD to becoming a survivor. Over the last two years she’s worked really hard. She’s gaining strength, getting back to who she wants to be. It’s a wonderful thing to see…

“Then I had another patient who, for whatever reason, couldn’t move forward. Like some women who’ve been traumatized, she turned to drugs and alcohol as a way of getting out of her own head. Sadly, these are the ones we’re most likely to lose, and we lost her.

“Thankfully,” she added, “we have far more success stories than sad stories.”

“To see the women in this group and realize they really do ‘get it’ is the most effective treatment I’ve had,” said Jessie Truitt. “We’re all there to help each other. They have the same struggles I do. We are all parents and sisters-in-arms. We have the same anxiety issues and the same fears, the same trust issues.”

“In the group they can talk about their anxiety, their panic attacks, their depression, their nightmares, and all the other things that happen to victims of sexual assault,” Flamm said. “But they don’t just talk about their trauma. All sorts of things come up. Parenting is a big topic. Dating is another, and relationships in general. One woman in the group is estranged from her kids … she talks about how she’s trying to reconnect with them, even though they live in another state now.”

Discussions can certainly get intense and dark, Flamm noted. But there are plenty of lighter moments to balance things out.

The psychologist said the best part of her job is when one of her patients tells her they no longer feel the need for therapy.

“It’s a great feeling when that happens. It’s also rewarding when someone first discloses their trauma to me. I’m usually the first or second person they tell, and it’s an incredible privilege to be trusted with that. Once you tell someone about your trauma you’ve created an opportunity; you’ve started a journey. You’ve decided to take that first step toward becoming something other than what you currently are: a victim.”

“I joined the Army, had a career I loved, and then a bad man raped me and took it all away,” she said. “But I still have my husband and my two daughters and the rest of my family who love me for just being me. These are the things I focus on when life is getting me down.”

She paused, then added: “I’m not a victim any longer. I’m a survivor.”

To find out more about how the VA might be able to help you cope with a traumatic event in your life, visit www.womenshealth.va.gov/WOMENSHEALTH/trauma.asp

Have a question about VA benefits and services available to you? Contact the Women Veterans Call Center at 1-855.VA.WOMEN or visit them at www.womenshealth.va.gov/WOMENSHEALTH/programoverview/wvcc.asp