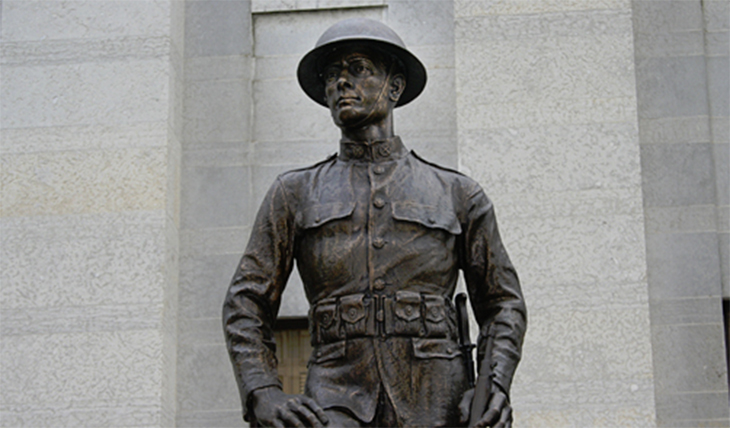 The Department of Veterans Affairs is proudly supporting World War I commemorative events in the months ahead.

Across the federal government, the commission has requested representation from each department to assist with information sharing and event support during the next few years. As VA’s ex officio representative, I have already attended initial planning sessions and will work to ensure VA employees and Veterans know of many events planned across America and in Europe.

There are no living World War I Veterans. In fact, the last known American WWI Veteran, Frank Buckles, died in 2011 at the age of 110. But the legacy of thousands of American Servicemembers and Veterans who sacrificed so much lives on today. We must also remember there are still many living children of this historic era.

According to the commission’s website, “World War I was a terrible global conflict that was fought between July 28, 1914, and Nov. 11, 1918. Some 50 countries were involved in fighting that spanned across Europe, Asia and Africa, and on the seas around the world. The United States entered the war on April 6, 1917. During 18-months of American involvement, more than four million Americans served in the military, and two million of them deployed overseas. 116,516 American service members died during the war, and 204,000 more were wounded. The United States played a significant role in the peace afterward, helping to shape the Treaty of Versailles. The war, and its aftermath, made enormous impact on the world – it dramatically shifted national borders, it brought new technology to industry and transportation, it changed attitudes toward women in the workplace, and it created new movements in the arts. The war’s effects are still with us, today, 100 years later.”

I recently traveled to Kansas City, Mo., for a planning meeting. The meeting was hosted at the National World War I Museum and Memorial – an incredible facility dedicated in 1921. Thanks to the city of Kansas City, state of Missouri and the U.S. government, it was renovated and re-opened in 2006 after falling into years of disrepair. It now offers an educational experience with exhibits, historical collections and tribute to honor those who served before us.

I am particularly impressed how the commission is focused on recognizing all Americans who fought in the Great War – particularly the service, sacrifice and stories of women and minorities like the 369th U.S. Infantry Regiment, also known as the “Harlem Hellfighters.”

Underway presently is the planning for the construction and dedication of the National World War I Memorial in Washington, D.C. The memorial will be built at Pershing Park with public funding. Industry and the public may contribute. Information on this initiative and many other activities is available on the Commission’s website at www.worldwar1centennial.org/

In the meantime, I will keep you posted.