Navajo code talkers: Remembering the men behind the code 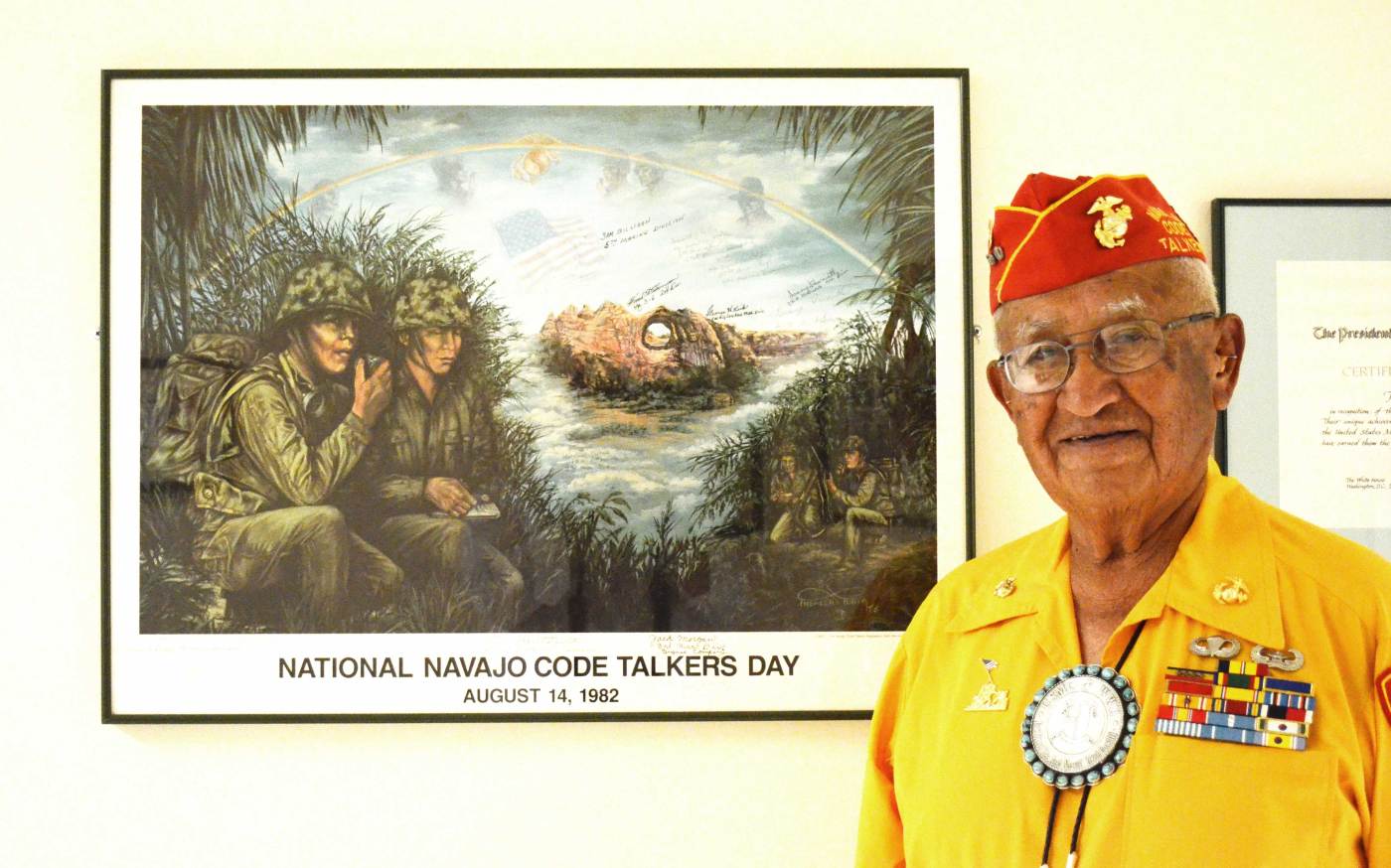 Early in World War II, the U.S. had sustained significant damage to the homeland and the troops, from the devastating bombing of Pearl Harbor, to attacks in the Philippines and Guam.  It became clear that the nation’s battle plans were being deciphered almost as quickly as they were being put together.

In 1942, Phillip Johnson, a World War I Veteran who had been raised on the Navajo Indian Reservation, met with Major General Clayton B. Vogel and presented an inventive plan he believed would solve the military’s communication problems.  Johnson proposed the use of the Navajo language, unwritten at the time, to satisfy the military’s need for an undecipherable code. Twenty-nine Navajo recruits attended boot camp at Camp Pendleton, where they trained for war and developed the code and its implementation.

When we spoke with Begay, he was getting ready to attend the Navajo Nation celebration for Navajo Code Talker Day in Window Rock, Ariz.  The 90-year-old WWII and Korean War Veteran is one of the few code talkers still able to walk in the parade. He loves coming to the celebration to see his fellow code talkers and honor the families of those who have passed.

In advance of the 2015 National Navajo Code Talker Day, Begay sat down with VA employee David Overson at the Albuquerque VA Medical Center to talk about being a code talker serving in the U.S. Marine Corps. Begay remembered a lot about what it was like when he first volunteered to serve.

I was in the dining hall and I was way back. There were all kinds of people lined up, [and] there was a guy coming down in the line checking tickets. When he came to me he said, “You go to the front, eat whatever you want, order whatever you want to eat. You’re a priority because you volunteered for the military services.”

Begay recalled what it was like when he arrived at his first military assignment.

I walked in and there were all kind of Navajos. I didn’t know [any] of them.  I looked at my orders and said “I must be in the wrong place I was supposed to go to gunnery school.”

There was a Sergeant, I said “Sir, I supposed to go to gunnery school, Marine air craft.” “No,” he said, “you are in Code Talker school. It’s confidential, nobody knows about it.” I said, “I don’t want to be a code talker. I want to be heavy gunner.” Sergeant says,”Too bad, you’re here.” Then he said “I want you to try.”

Begay’s division saw some of the heaviest fighting of the Pacific campaign.

I’m a combat Veteran.  In February 1945, we landed at 0900 on Iwo Jima. I was with the Marine division that raised the flag on Mount Suribachi.  I was in the 5th Marine division radio platoon, and then later I was assigned to Agent S Company Radio Section. Two Navajos were killed and five were wounded of the 33 assigned to them.

Begay reflected on what it was like to be a code talker.

It’s like playing with language.  It’s very interesting, if you know the code, you just use it.  They usually write a message for you, the message center people, they give it to you.  Our unit called us talkers, they don’t say Navajo code talkers — the commanding general said no code talker words.

It means a lot to me. Nobody — Japanese, no one — ever decoded it.  Even [other] Navajo, if they’re not trained as a code talker.  They can write everything we say, but they don’t know the meaning. They can’t decode it, only we knew the code word in English.

We helped save lives, especially B29s coming back from Tokyo.  We saved millions of dollars and lives with the many things that we did.

Mostly Marines, the Navajo code talkers went on to play a pivotal role in the successful U.S. efforts throughout the war.

Like Begay, most of the remaining code talkers are in their nineties, yet the memories of what they accomplished has not been forgotten. As Begay told us, the Navajo code they developed helped save lives and gave the military a way to secretly convey its battle plans on America’s way to victory.