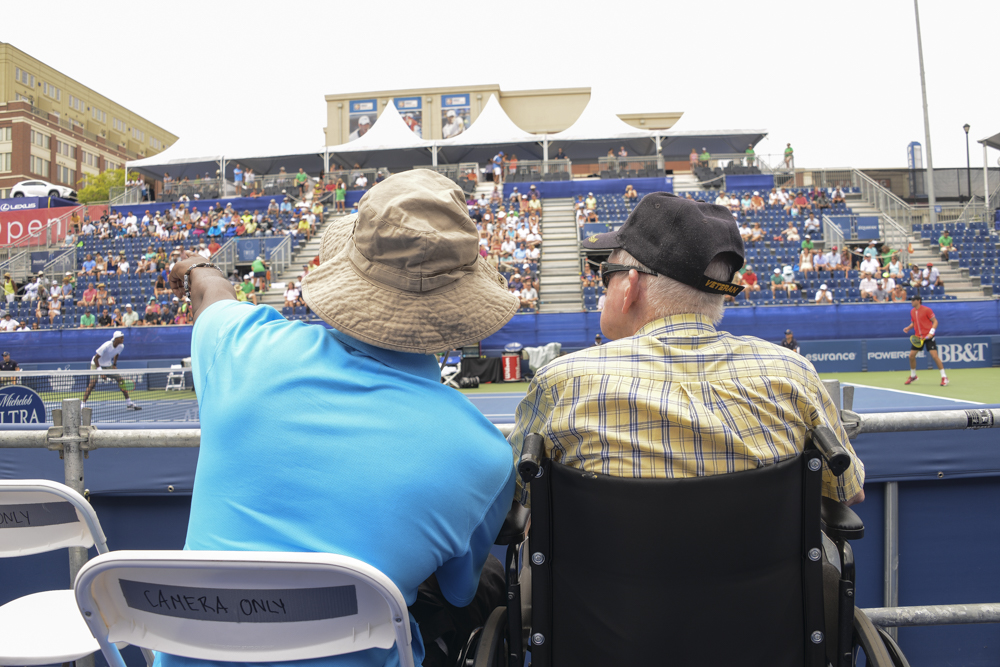 The Emirates Airline U.S. Open Series is the five-week summer tennis season that links seven North American hard-court tournaments to the final U.S. Open Grand Slam. BB&T Atlanta Open offered free tickets to the Atlanta VA Medical Center so Veterans could enjoy the action packed games, and they enjoyed front row seats at the Atlanta matches in recognition of and appreciation for their military service.

“The Department of Veterans Affairs and the U.S. Tennis Association have been working collaboratively to extend tennis events such as this to Veterans,” explained Atlanta VA spokesperson Eric Brown.

BB&T Atlanta Open assistant tournament director Peter Lebedevs said, “We were proud to host a Military Appreciation Day and look to grow the initiative in the future.”

Lelia Jackson is the Director of VHA’s Office of Community Engagement which serves as a facilitator and entry point for public and private organizations interested in partnering with VHA in the service of Veterans.