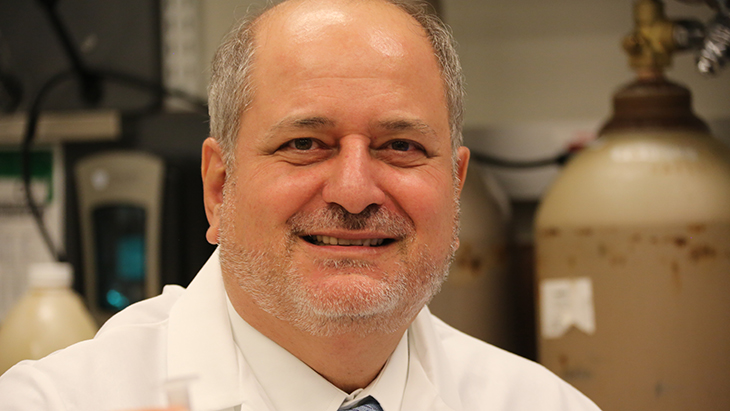 He was recognized for an exemplary record of service to VA and the biomedical profession, which includes pioneering work in the development of novel antiviral drugs that now form the backbone of combination regiments used in the treatment of HIV infection.

“The Veterans now take these drugs on a routine basis and it basically keeps the virus in check or it cures the disease, and that’s quite impressive,” Dr. Schinazi said. “So it’s really a paradigm shift in the treatment of viral diseases. For the first time in history, we actually have a drug that can cure a viral disease. That for the VA is very beneficial, as well as for the rest of the world.”

The Middleton Award was established in 1960 to honor William S. Middleton, MD, distinguished educator, physician-scientist, and VA’s chief medical director from 1955 to 1963. It is given annually by the VA Biomedical Laboratory Research and Development Service to recognize outstanding contributions in biomedical and bio-behavioral research relevant to the health care of Veterans.