VA Health Care use among Iraq and Afghanistan Veterans 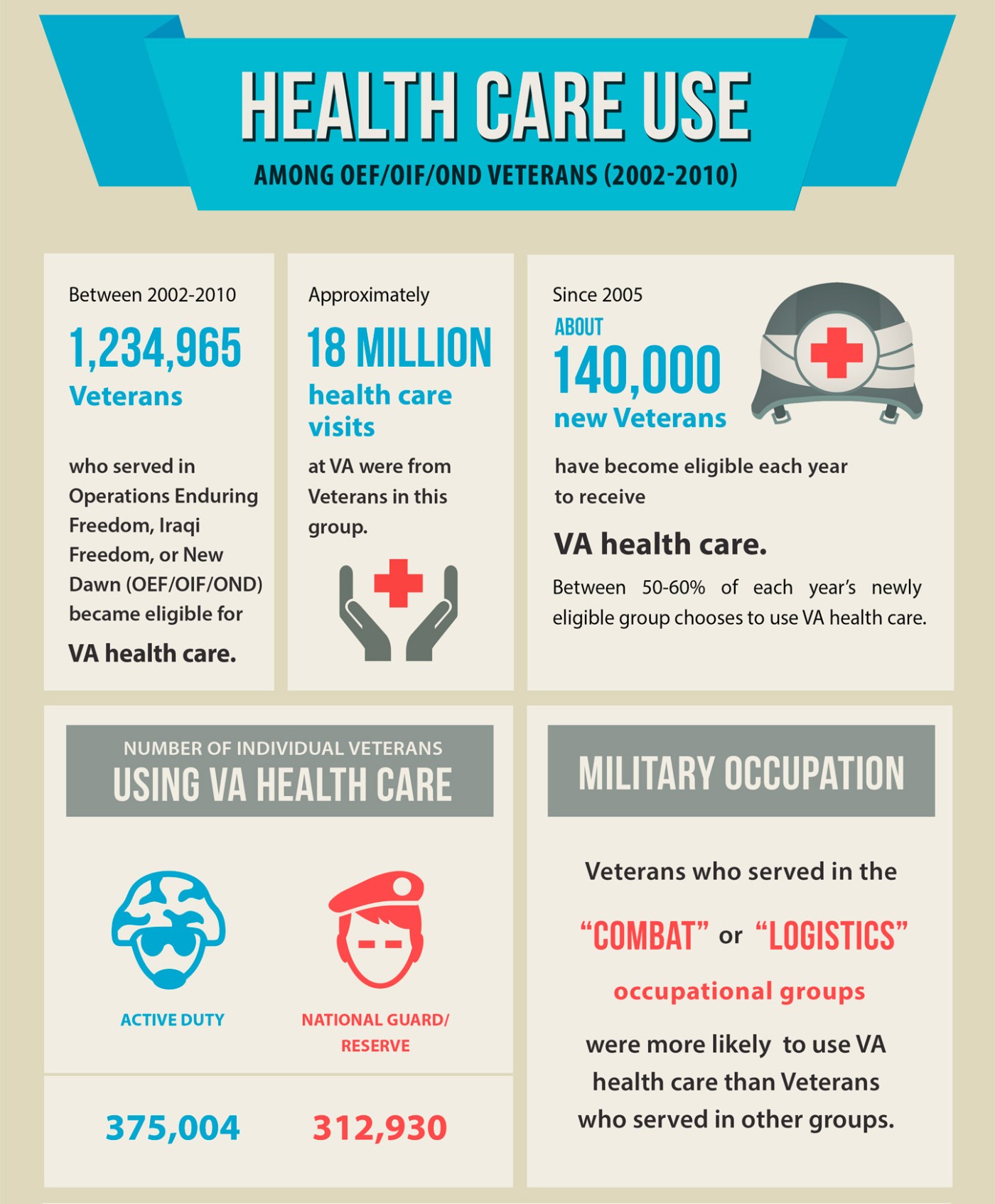 VA Health Care Use among Iraq and Afghanistan Veterans

About 55% of newly eligible Operation Enduring Freedom, Operation Iraqi Freedom, or Operation New Dawn (OEF/OIF/OND) Veterans chose to use VA health care services between 2002 and 2010, according to researchers looking at patterns in VA health care use.

This result is from an Epidemiology Program, Office of Public Health study on OEF/OIF/OND Veterans who used VA health care services between 2002 and 2010. More key findings include:

More about this study is available on the VA Office of Public Health website at http://www.publichealth.va.gov/epidemiology/reports/oefoifond/health-care-utilization/initial-health-care.asp . The study abstract can be found at http://www.ncbi.nlm.nih.gov/pubmed/25826341.