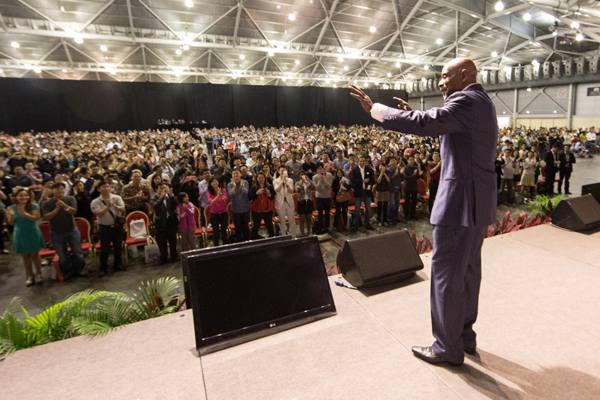 “Veterans who are homeless may not have a home, but that doesn’t mean they don’t have diverse skills that could be put to use to meet the needs of an expanding job market.”

That’s the primary message Navy veteran and author of “The Pursuit of Happyness” Chris Gardner shared this week with readers of the Huffington Post.

Gardner joined the U.S. Navy out of high school, serving until he was discharged in 1974. He moved to San Francisco, where things weren’t so easy.

“The boarding home where I resided kicked me out after I took custody of my son – no children allowed,” Gardner wrote online. “Still, I had to work. At the office during the day, I was surrounded by wealth. In the evening, I struggled to pay for food and housing. On too many nights, I didn’t have enough for both. My 14-month-old son and I slept in train stations, hotel lobbies, airports, parks and even public restrooms. I was part of a shadow fraternity: ‘the working homeless veteran.’”

Finding gainful employment to pay for housing is hard for any Veteran experiencing homelessness. It’s even more difficult for Veterans who’ve also had encounters with police and stints in jail. Veterans forced to check “yes” on employment applications that ask about past convictions – no matter if they are for nonviolent crimes directly related to homelessness – often won’t get an interview, even if they qualify for the job.

Gardner was able to overcome his situation, eventually writing about it and then seeing his story told in the movie “The Pursuit of Happyness.” Today, through speaking engagements and other projects, Gardner continues to help others pursue their “happyness” by raising awareness about issues such as Veterans’ homelessness. That includes providing information on resources available nationwide.

As he explained on the Huffington Post,“The good news is that many are working to house and hire veterans exiting homelessness. Government agencies like the U.S. Department of Veterans Affairs and U.S. Department of Housing and Urban Development (HUD) as well as nonprofits, business leaders, the faith community and many others are providing job training and community employment services, housing and other assistance to Veterans.”

According to Gardner, these “efforts are paying off in numerous cities with leaders who are responding to the federal government’s Mayors Challenge to End Veteran Homelessness and working aggressively on this important issue, including New York and Chicago.”

You can read the full article from Chris Gardner on the Huffington Post website. Veterans who are homeless or at imminent risk of becoming homeless can call 1-877-4AID-VET to get connected to services.