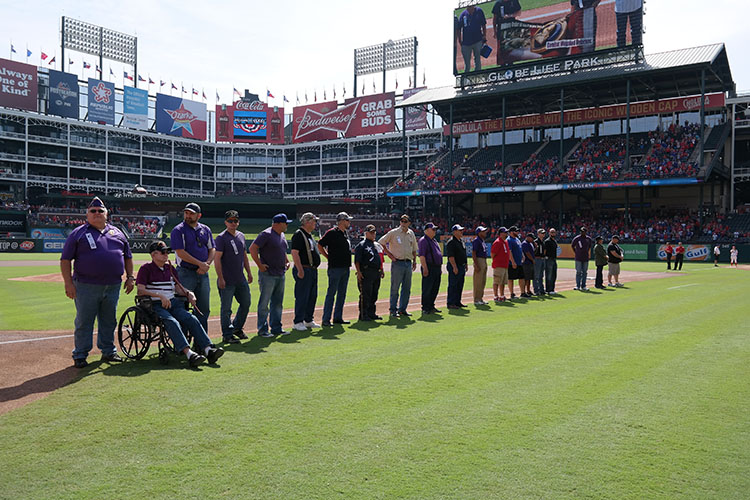 The Texas Rangers recognized 40 wounded warriors in a pre-game ceremony Saturday, Oct. 3, prior to facing the Los Angeles Angels.

A sellout crowd of more than 48,000 fans gave the Purple Heart recipients a standing ovation as they walked in from the left field gate. The honorees waved at the crowd and acknowledged the cheers as they proudly took their place on the first and third base foul line.

They presented a plaque to Rangers, which reads:

For years the Rangers organization has built a strong relationship with the local military and Veteran community. That strong relationship has brought about a long and rich history of the team of honoring America’s Veterans and active duty personnel.

That was evident at the Rangers stadium on Saturday afternoon. The following day the Rangers captured the 2015 West Division title beating the Angels 9 – 2.